B.R. Howard was contracted by the Natural History Museum of Los Angeles County to conserve an original Woods Dual Powered Coupe, which is one of only 4 that are known to exist. The Woods Dual Powered Coupe, Model 54, was built in 1917 by the Woods Motor Vehicle Company located in Chicago, Illinois. The company was established in 1899 to challenge the prominent east coast based Electric Vehicle Company.

After the hybrid vehicle arrived at our studio it was extensively documented and photographed. Paint samples were gathered and sent for microscopic cross sectional analysis. The photomicrographs revealed that the vehicle had been repainted over what is believed to be the original medium green cellulose nitrate based paint, a yellowed varnish layer.  The yellow ochre over-paint had then been coated with an unevenly applied varnish.

Localized aqueous based cleaning tests were performed on the surface of the car and a method was discover that allowed the darkened varnish layer to be safely removed exposing a yellow ochre paint color. Areas of lifting and tenting paint were locally consolidated and re-adhered to the substrate. 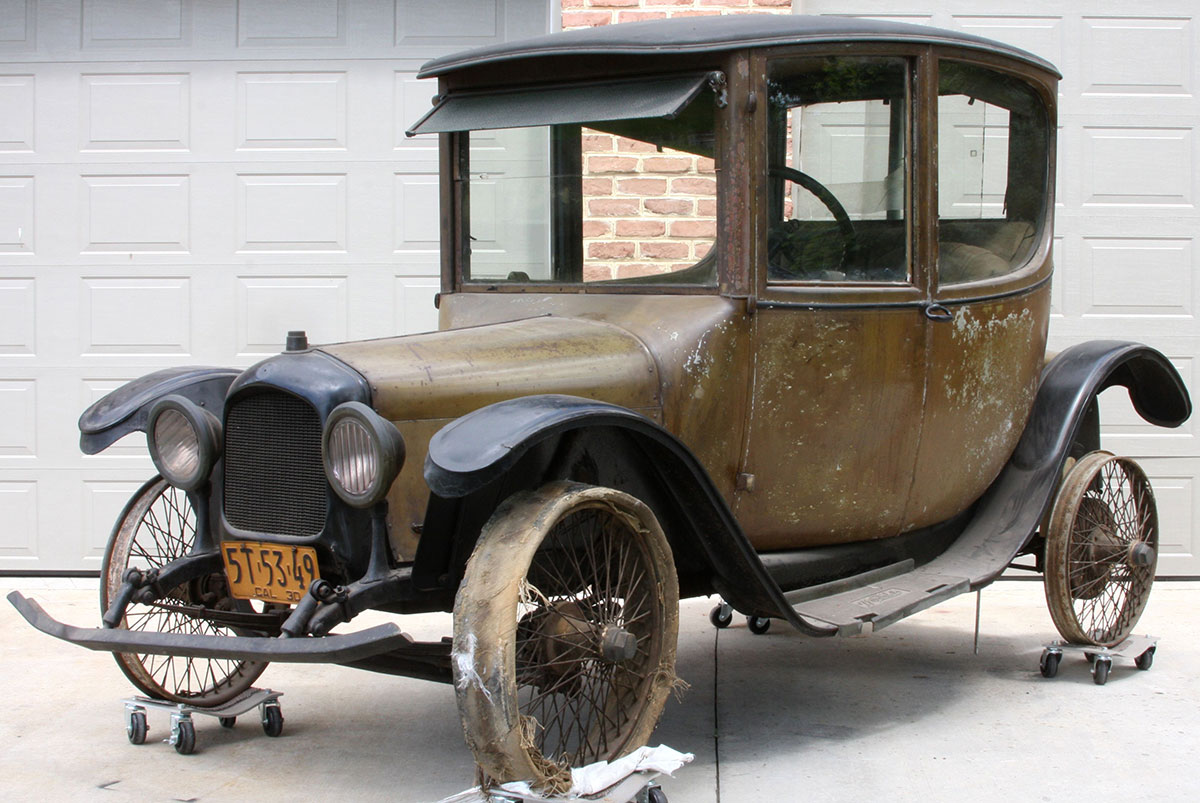 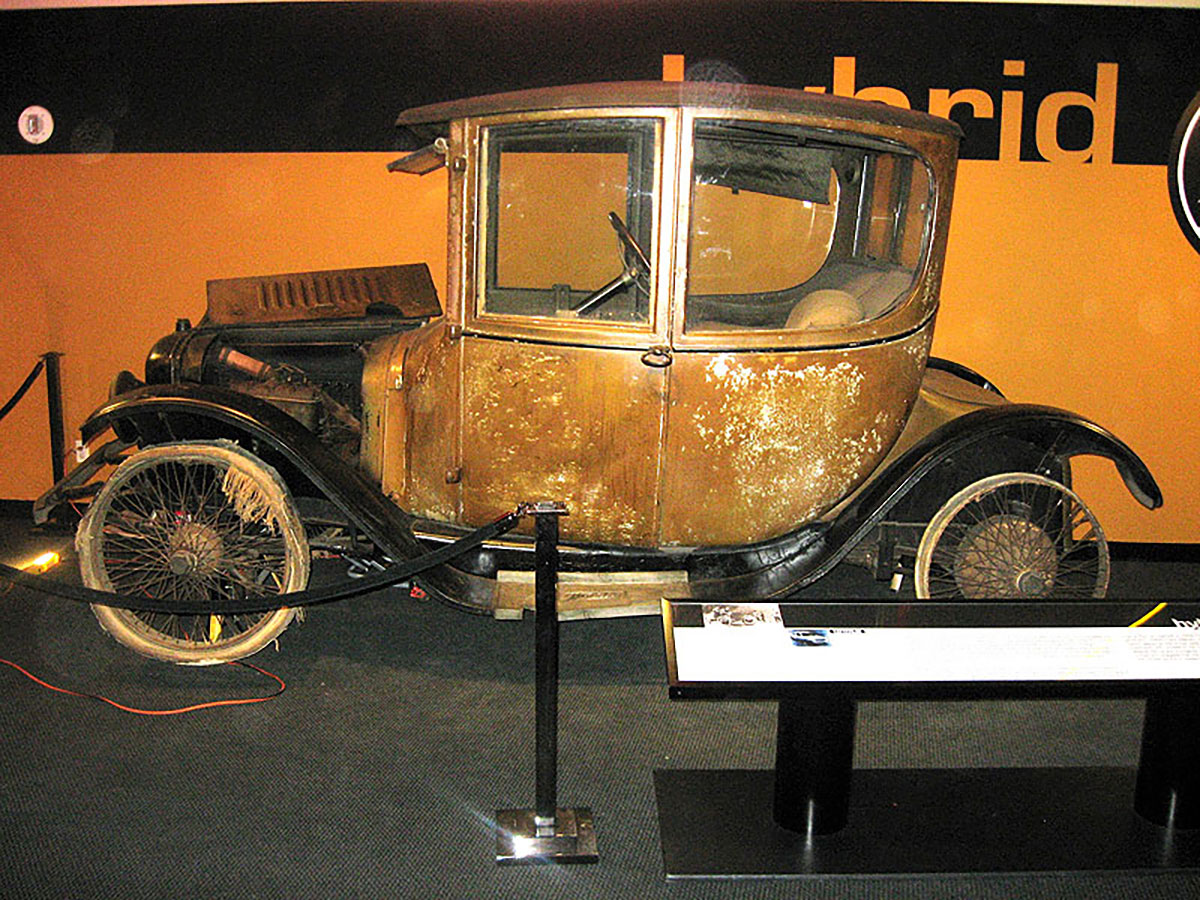 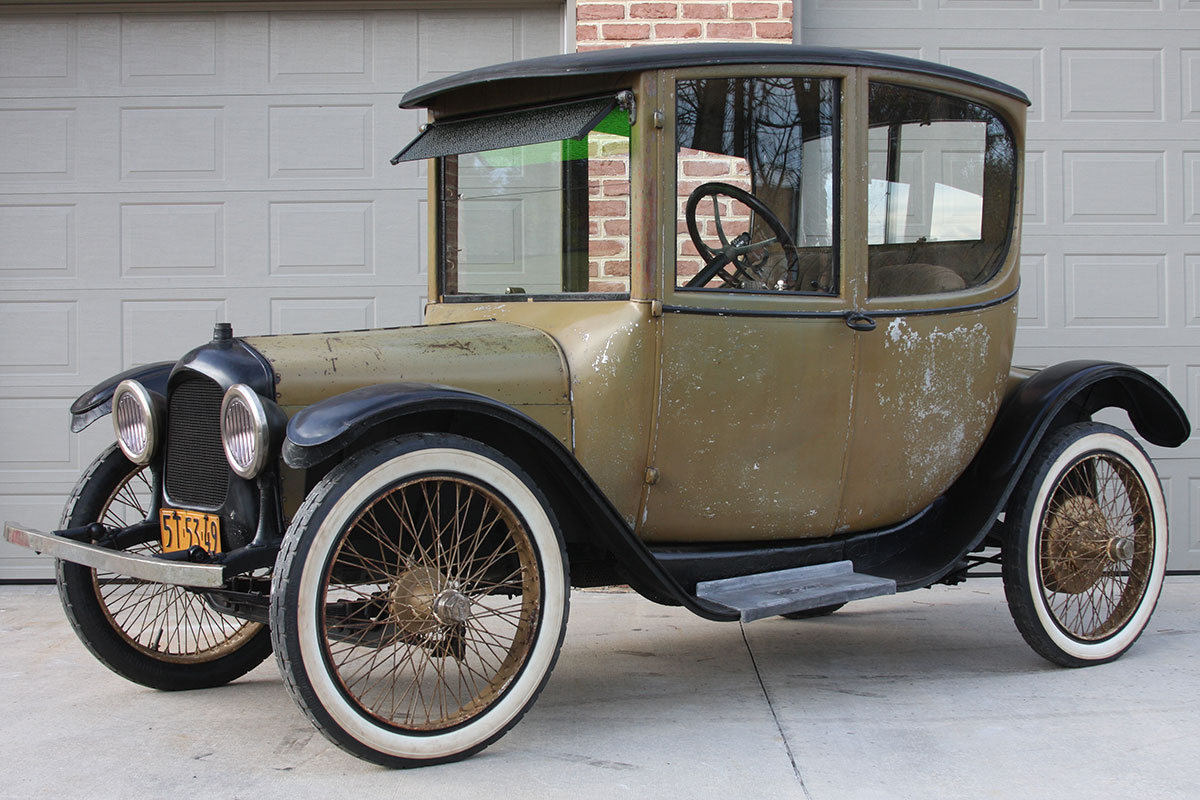 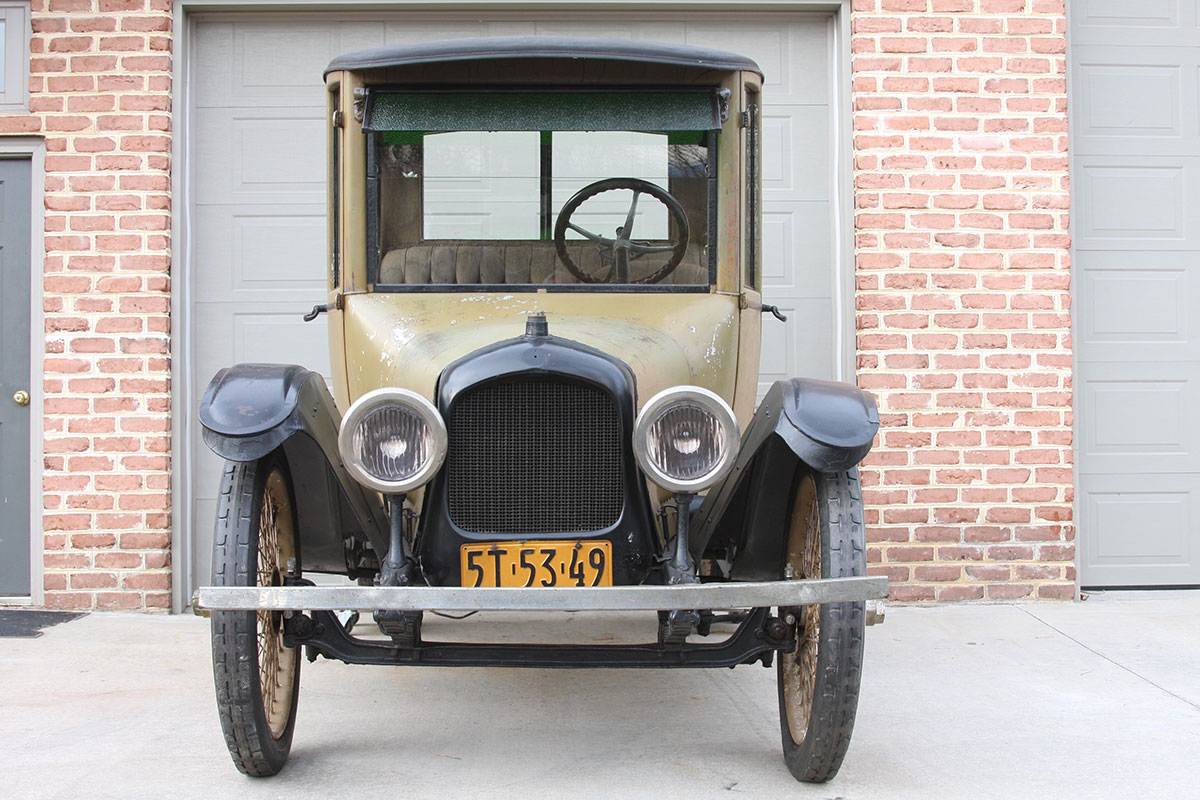 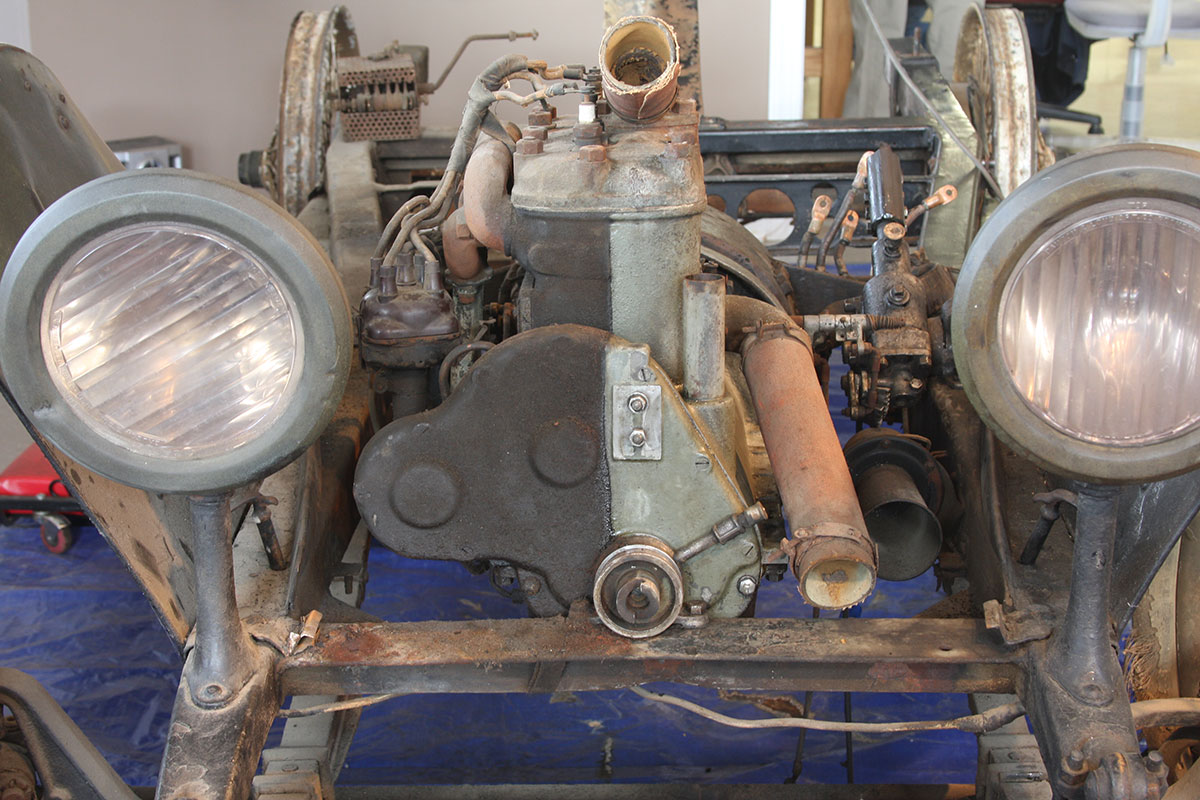 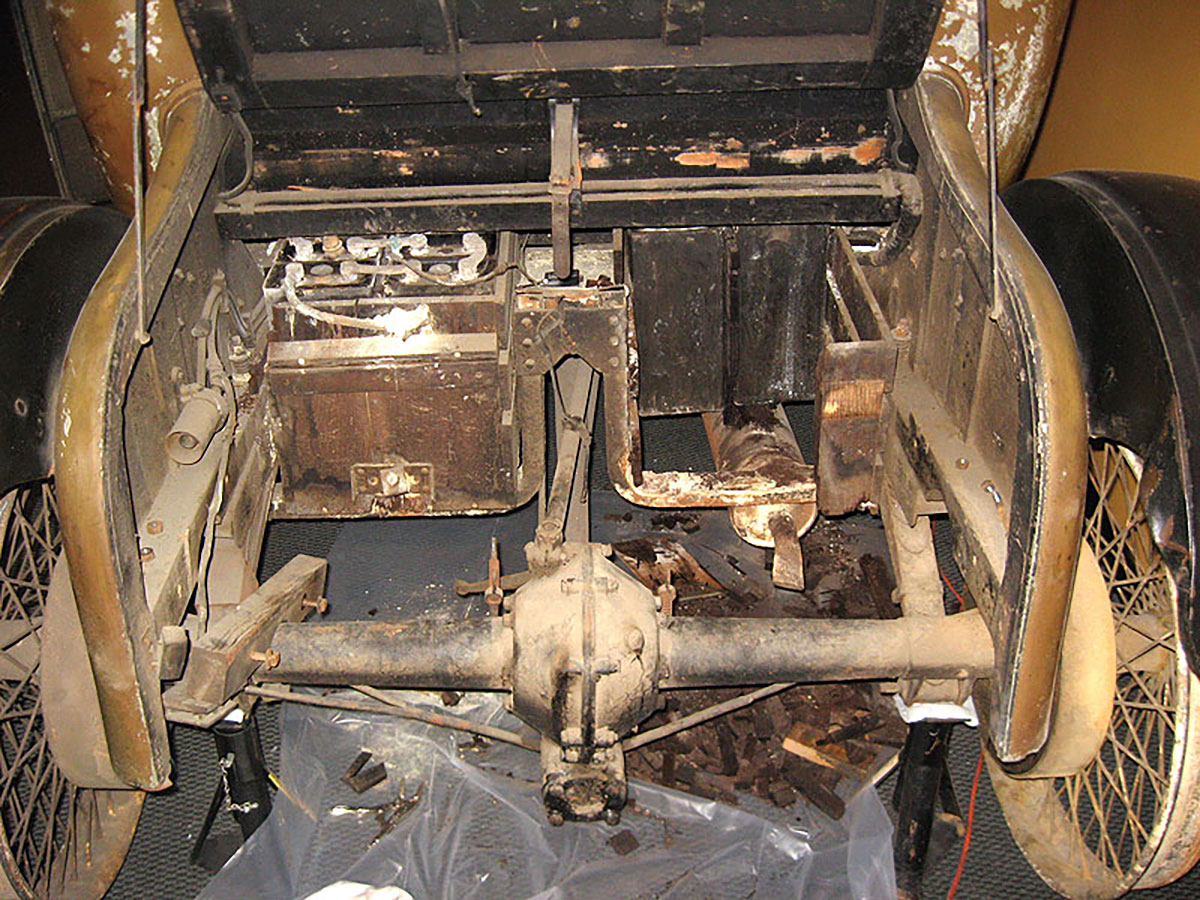 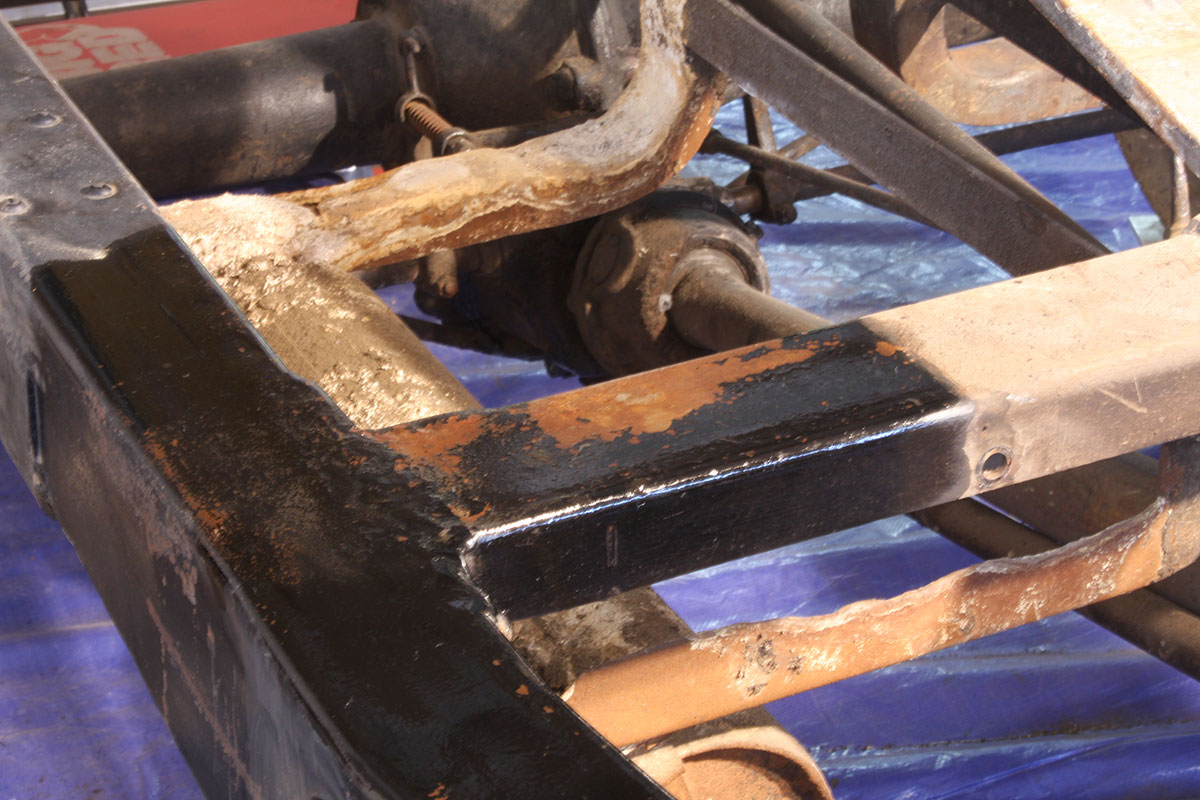 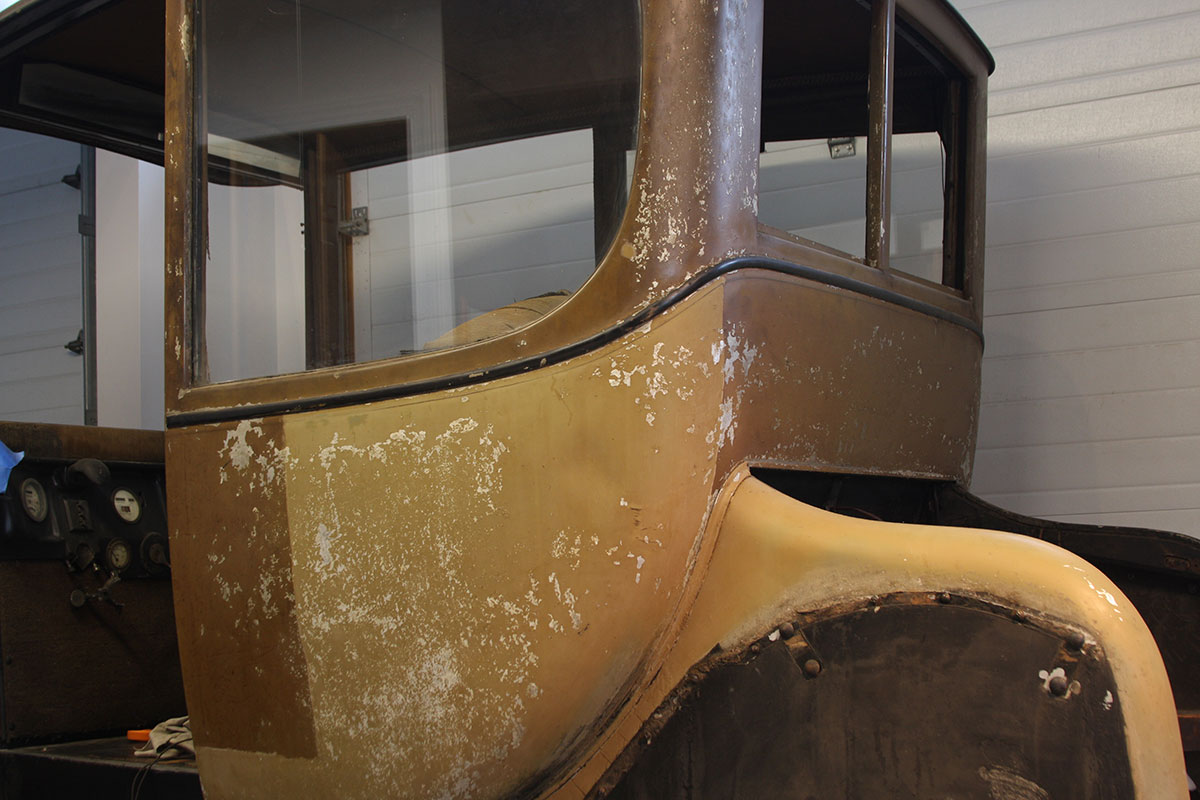 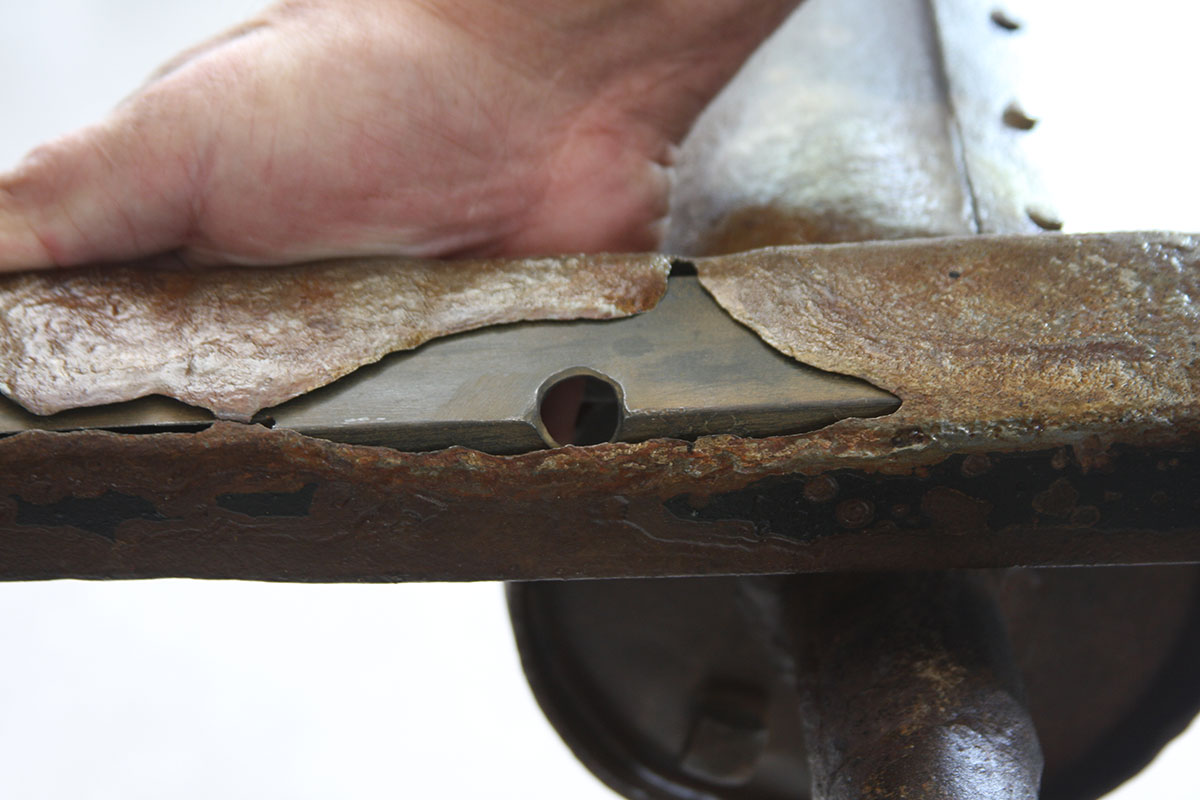 The fenders, running boards, and body were carefully removed from the vehicle to facilitate treatment; all original fasteners were labeled and retained for re-assembly.

The engine, chassis and components were covered in a heavy accumulation of dirt, grime, and hardened oils. Surfaces were thoroughly cleaned using dry ice blasting,  solvents and mechanical methods in areas that were more inaccessible.

The original batteries were drained, flushed, and neutralized. New wooded crates were created to house them as the originals had badly deteriorated. Some of the steel battery box supports had also been eroded from the leaking acid and supports were fabricated for these areas.

After all conservation work had been performed the car was reassembled and was returned to the client along with a detailed report.