The Arkansas Department of Parks and Tourism contracted B.R. Howard to conserve 3 flags and provide a mounting system for them. They were transported to our studio for treatment. 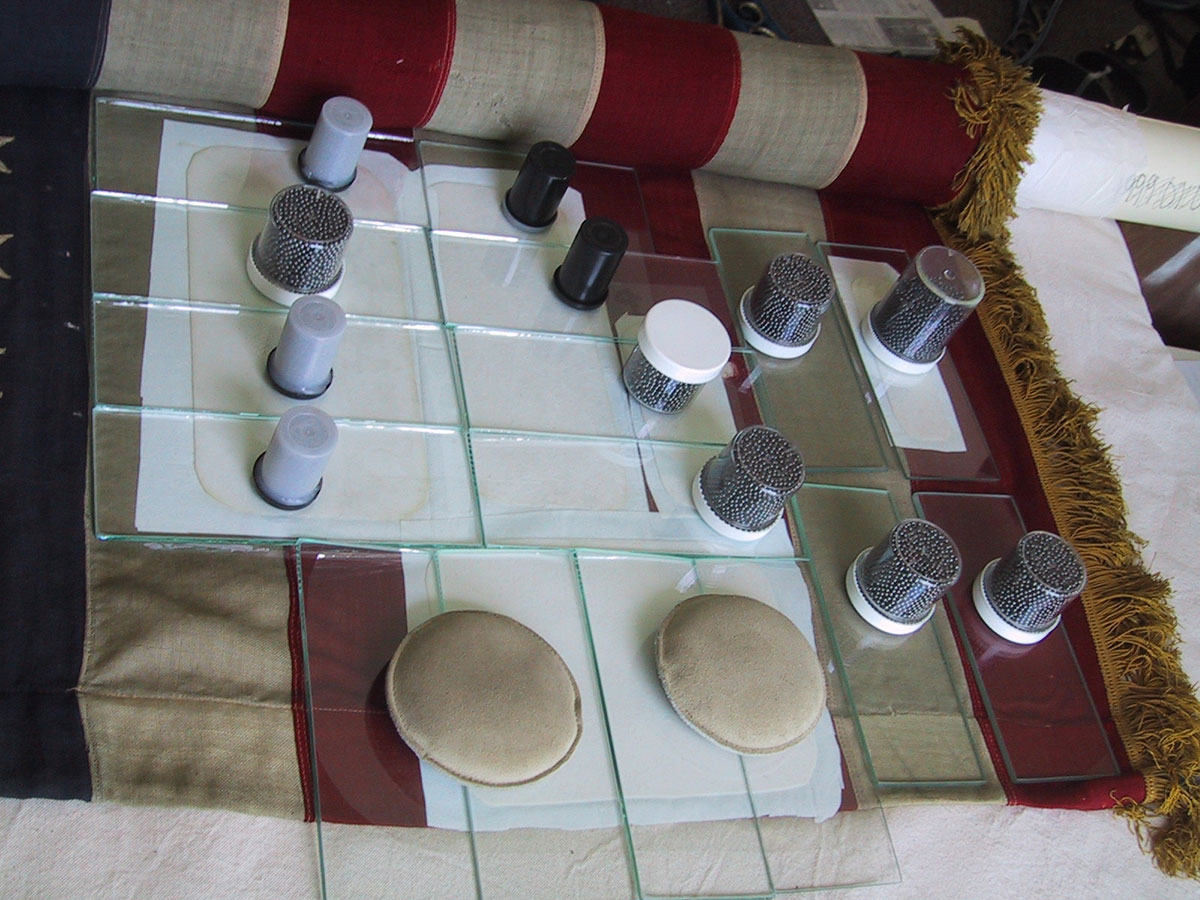 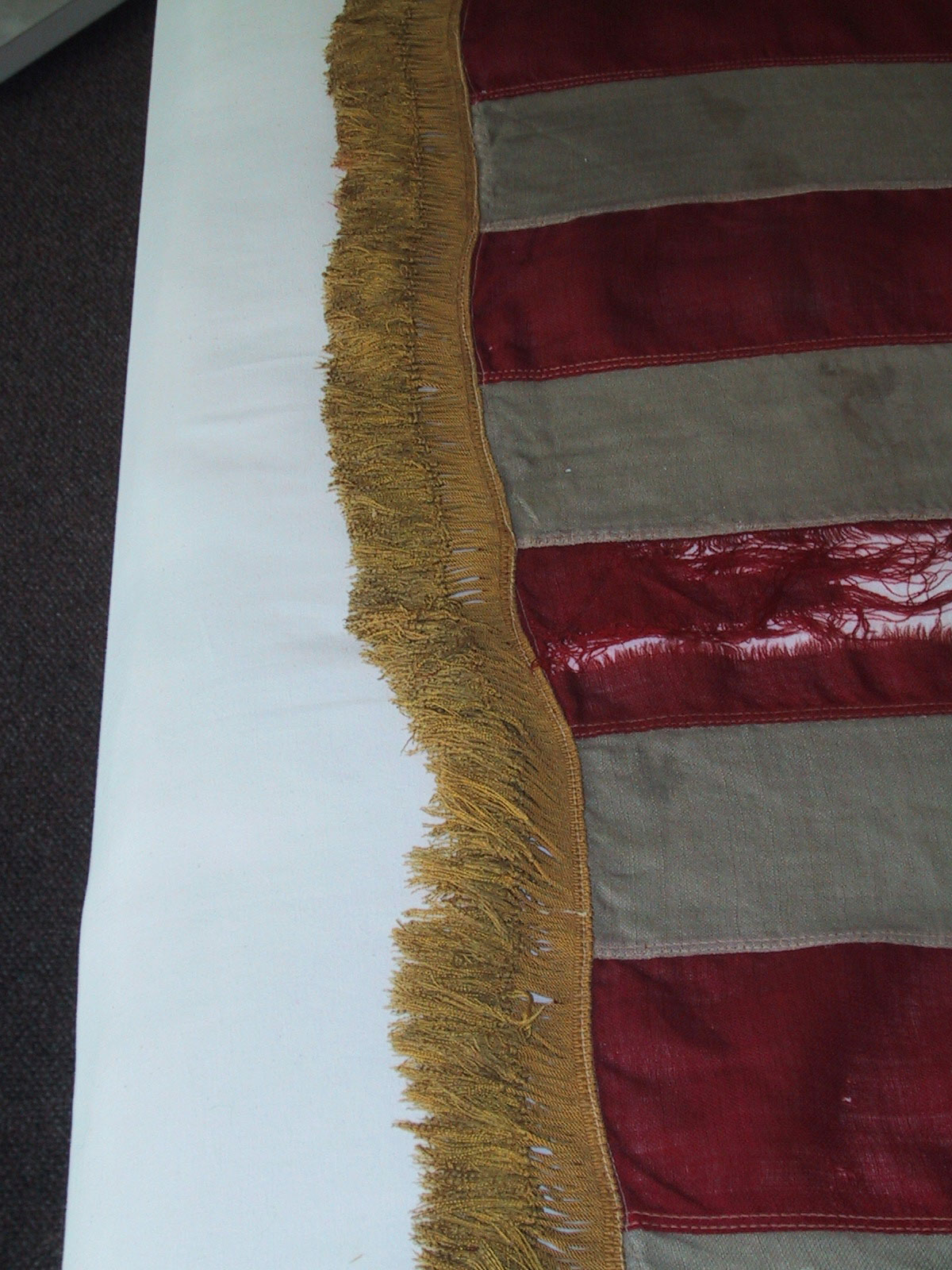 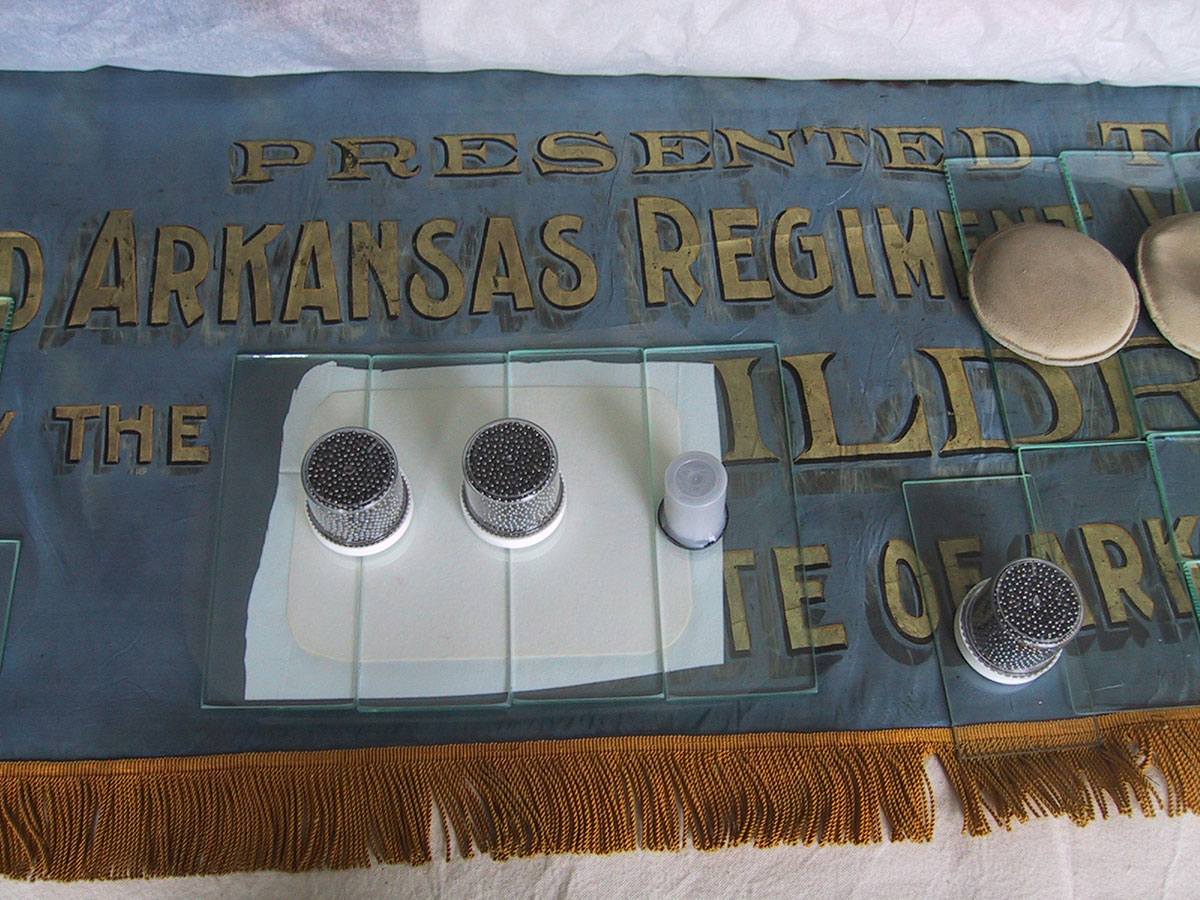 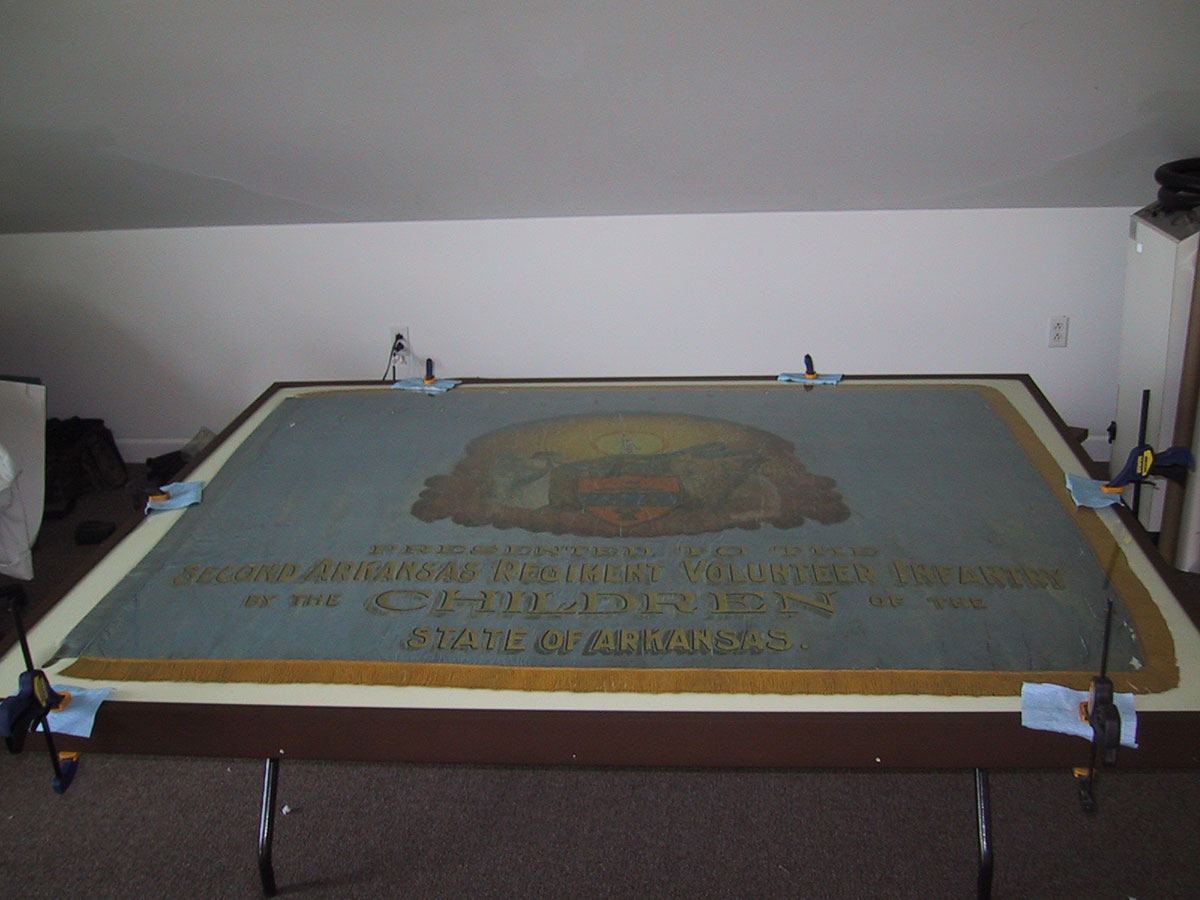 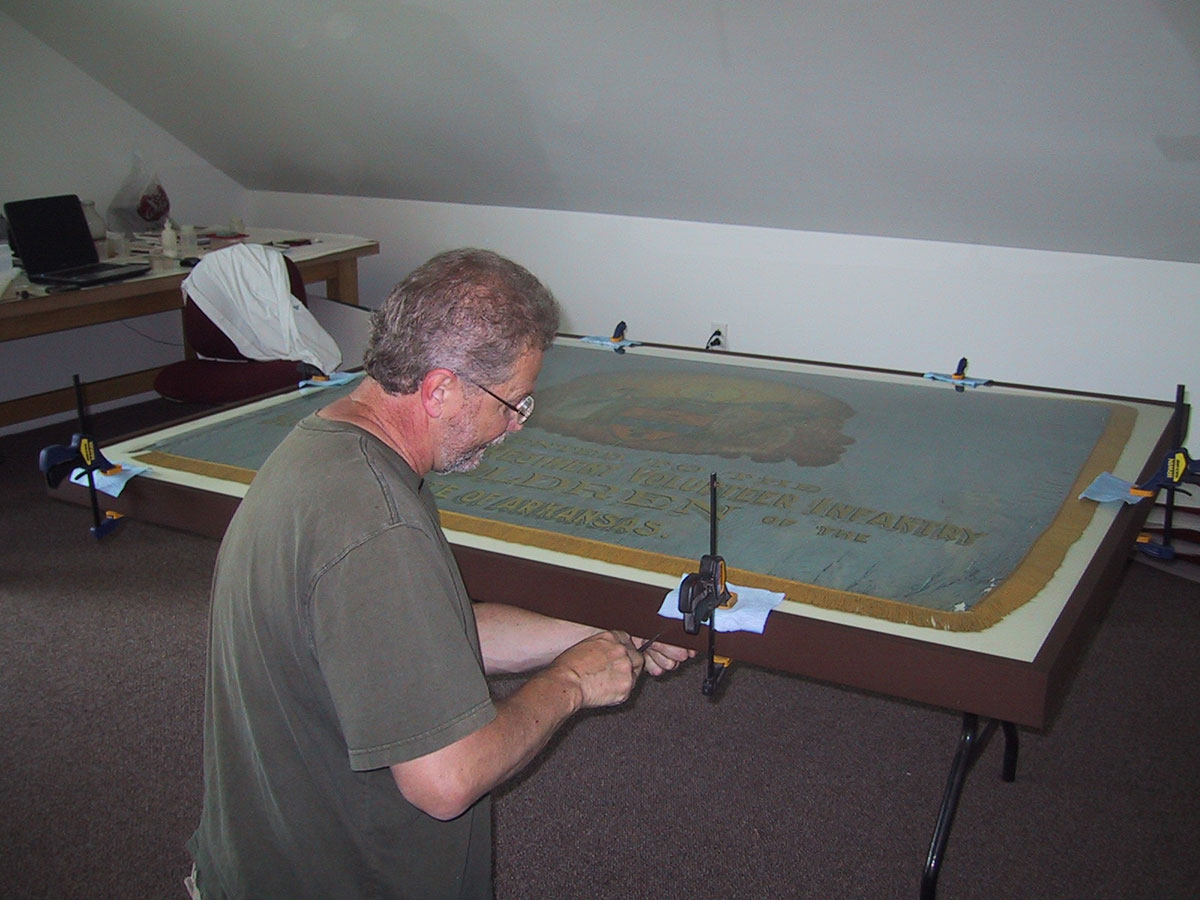 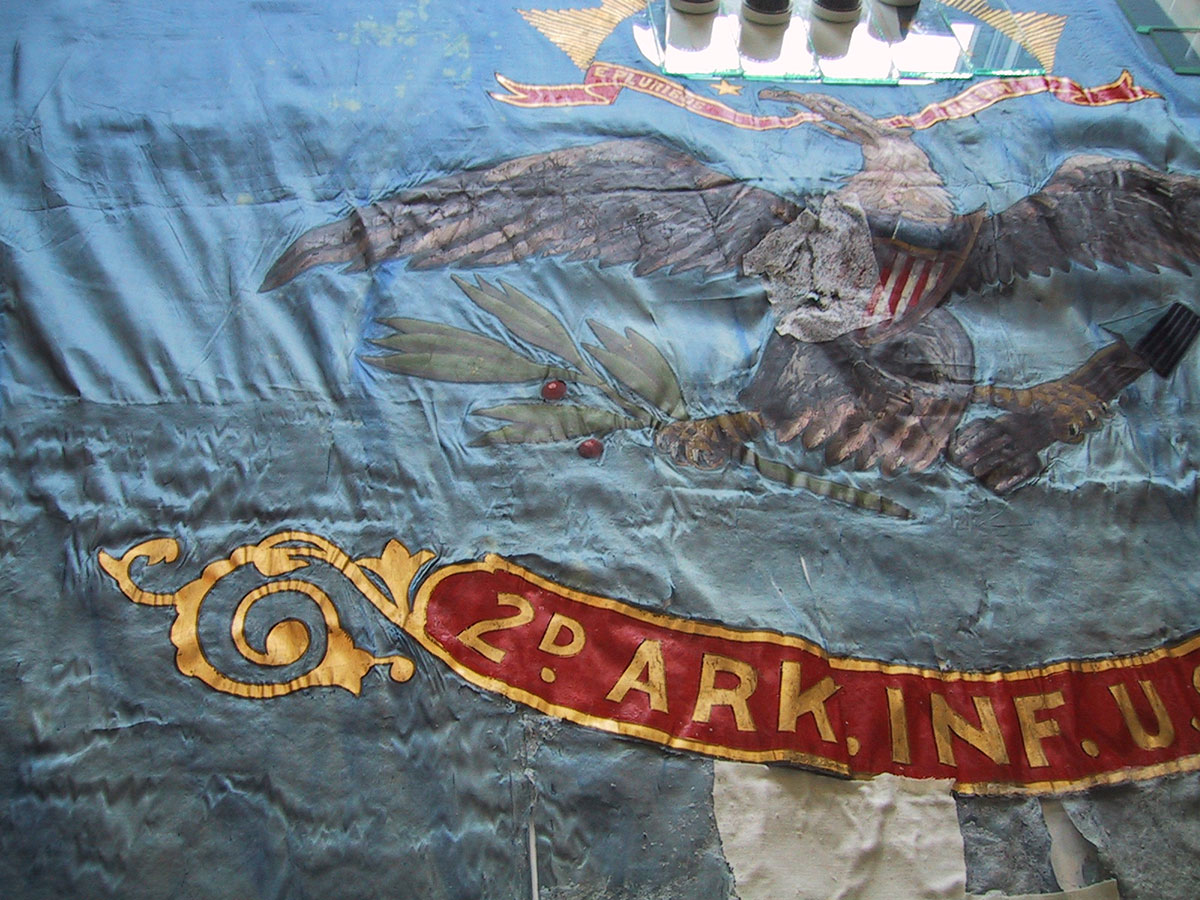 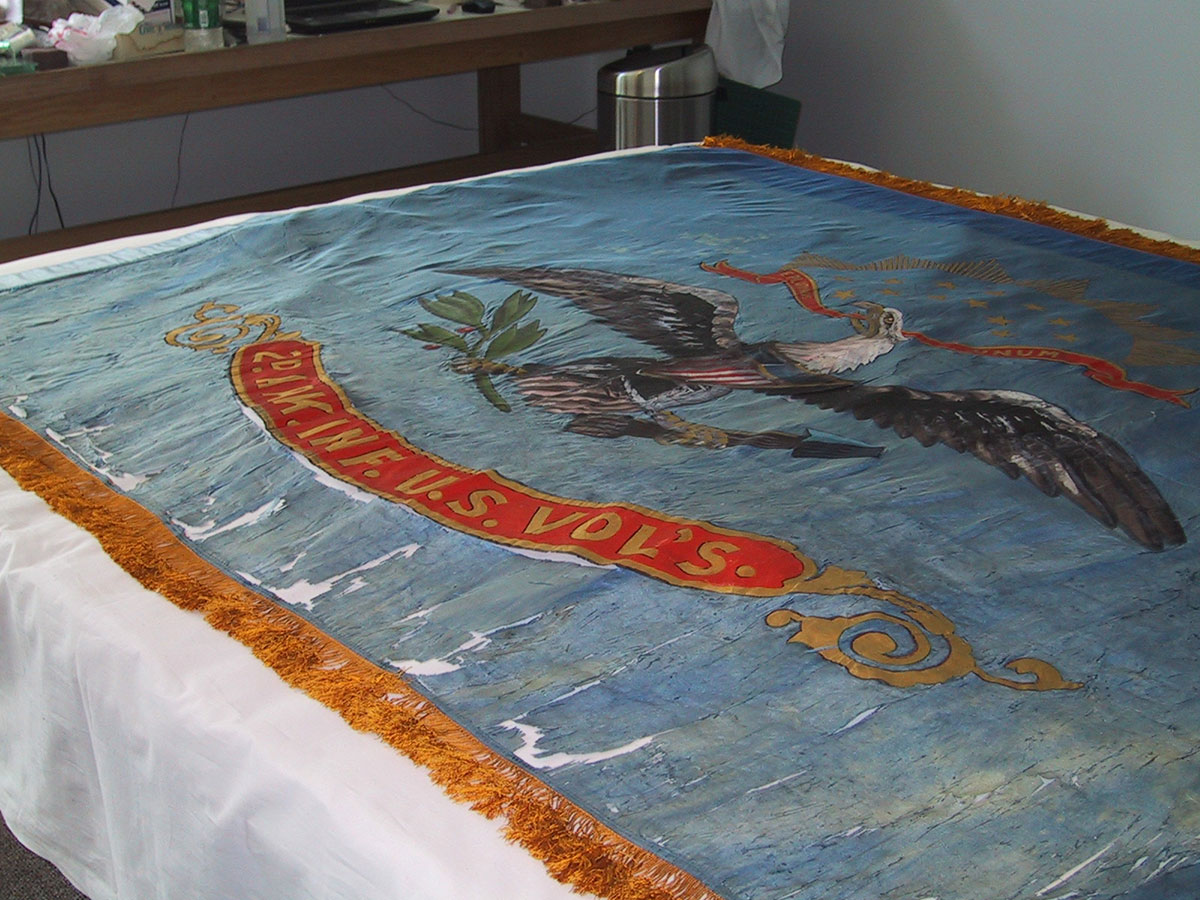 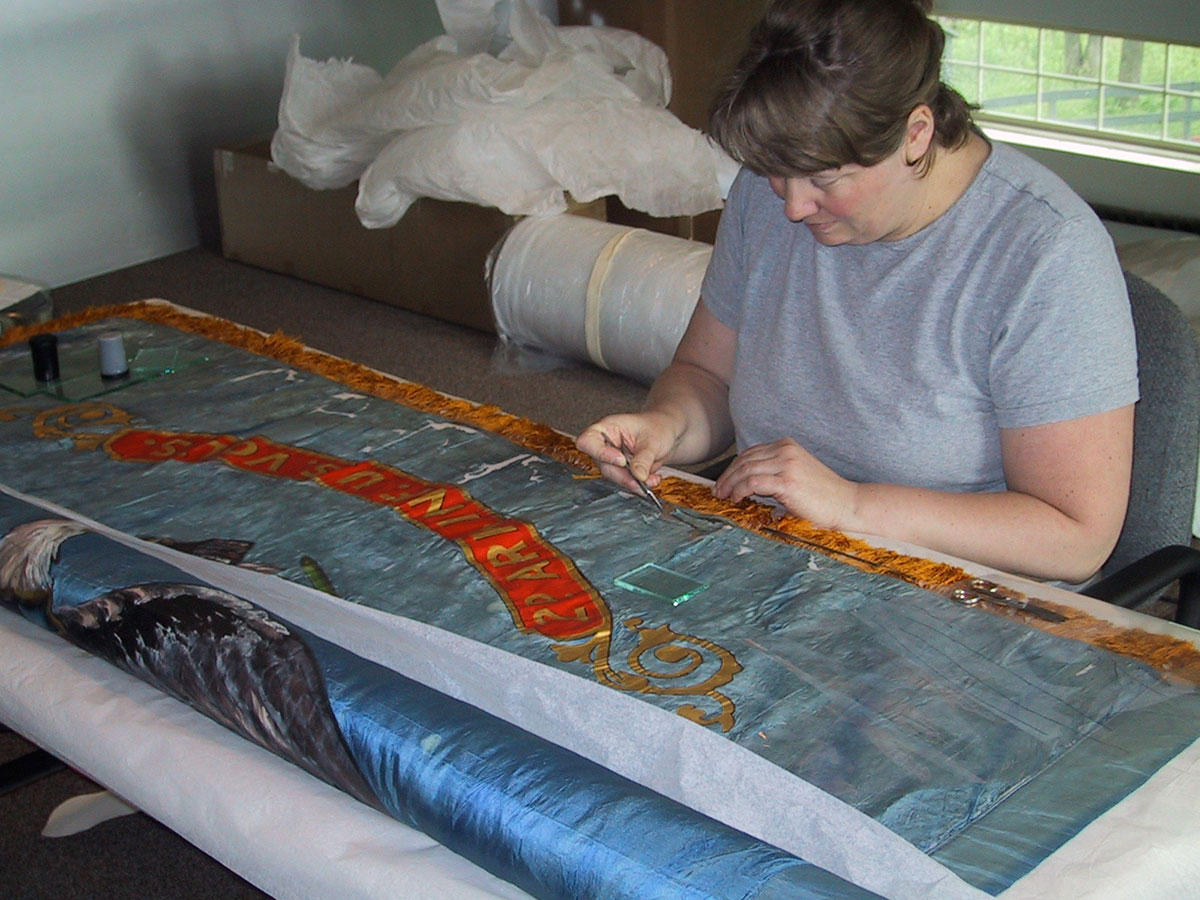 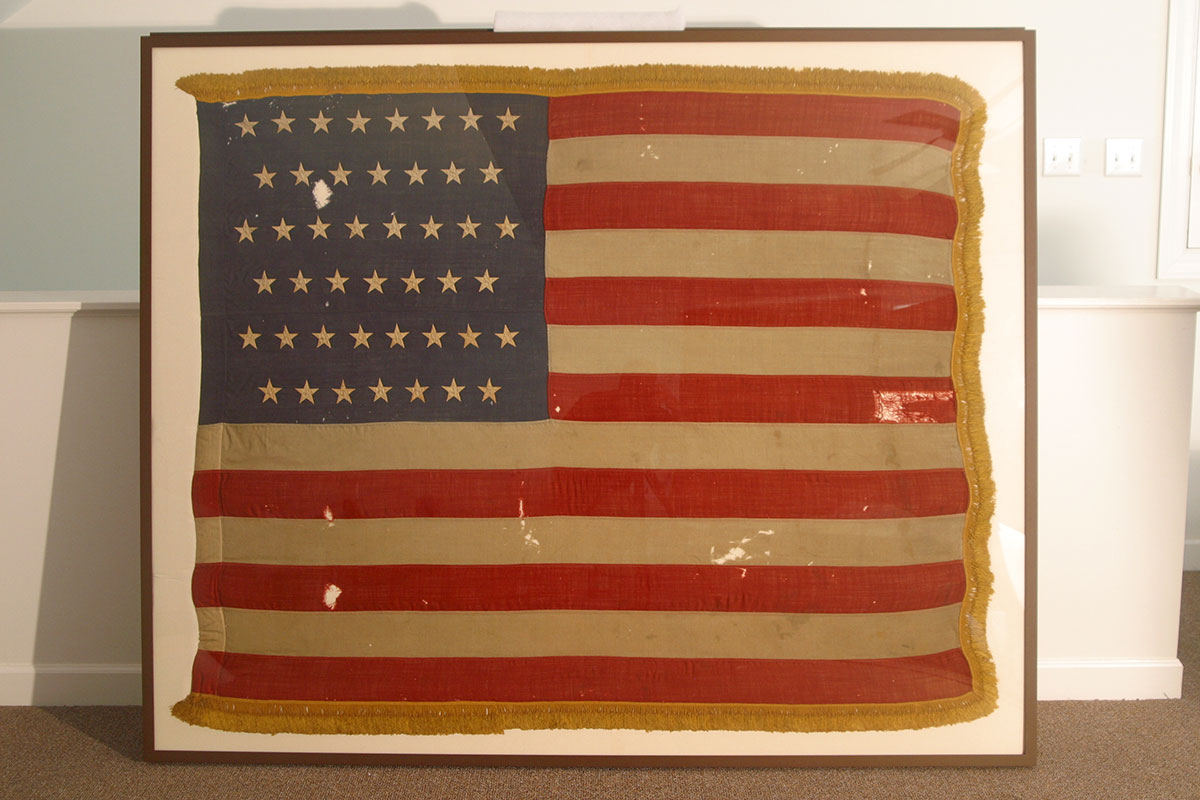 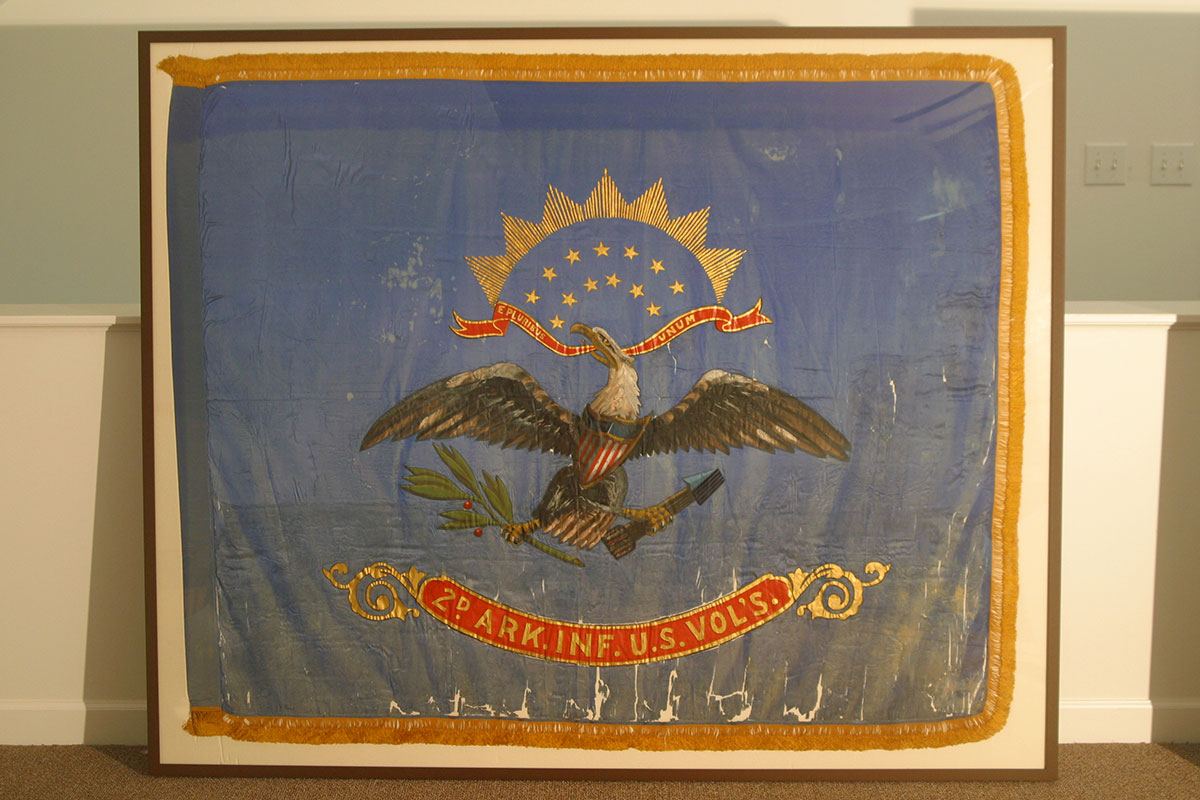 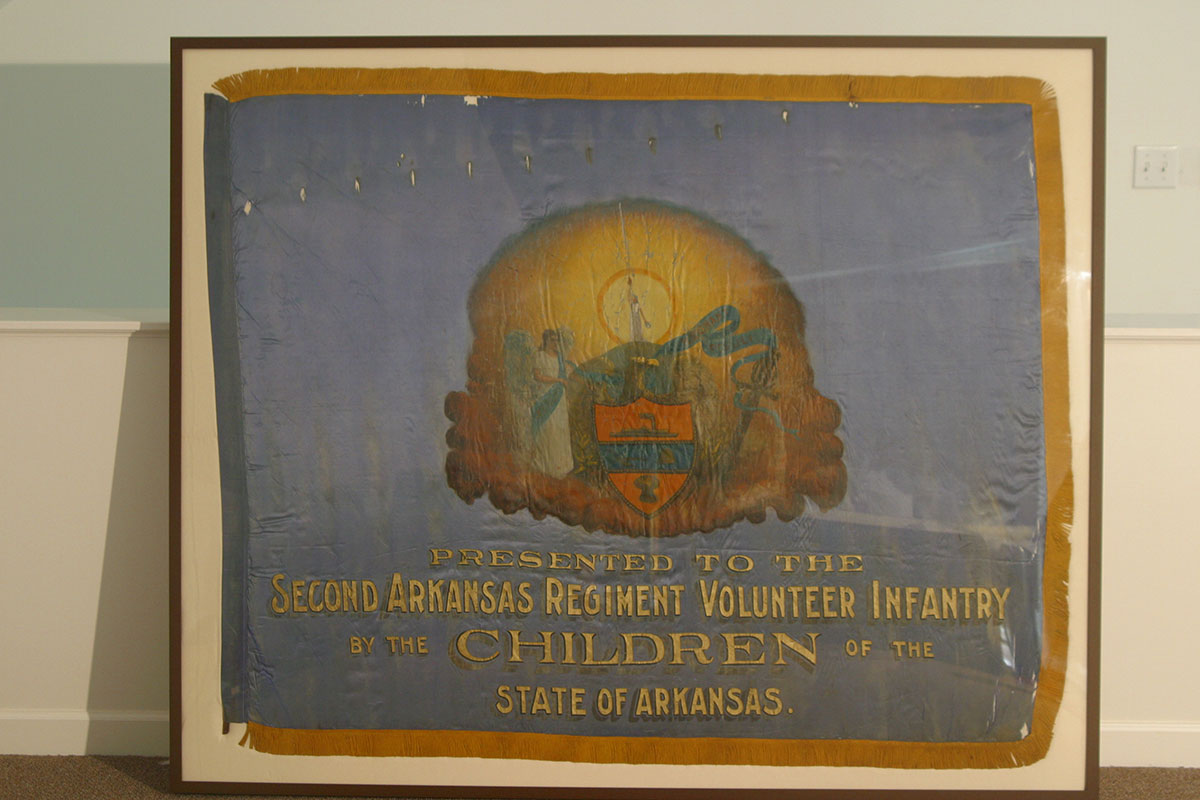 The flags were removed from their current frames that were improperly supporting them and attributing to further problems. Staples that had been used to mount the flags were carefully removed. Stitches that had attached the flag to the backing material were removed. They were then placed upon a  padded work surface. A rheostatically controlled HEPA vacuum was used for cleaning the surfaces. The backing material was removed and the adhesive interfacing was reduced after tests were performed. Humidification and flattening aided the alignment of loose threads and sections on 2 of the silk flags. The losses and tears were stabilized. The painted surfaces on the banner sections were relaxed to reduce stresses on the surrounding silk by the application of heated glass plates. A custom support was constructed using needle punched polyester and heat set batting covered with a de-sized cotton fabric. The flags were pressure mounted using an aluminum honeycomb panel and powder coated metal frame with ultra-violet absorbing acrylic. The flags were then crated and returned to the clients along with full treatment reports.