BRH was contracted by exhibit design firm, Design & Production to conserve and restore a WWII, Bofors 40 mm anti-aircraft gun as part of an exhibit for the National Museum of the United States Army (NMUSA). The gun was mounted to a four-wheeled trailer which could be towed by a light vehicle.  The platform allowed the gun to rotate 360 degrees and could fire ammunition in rapid bursts of 120 rounds per minute. 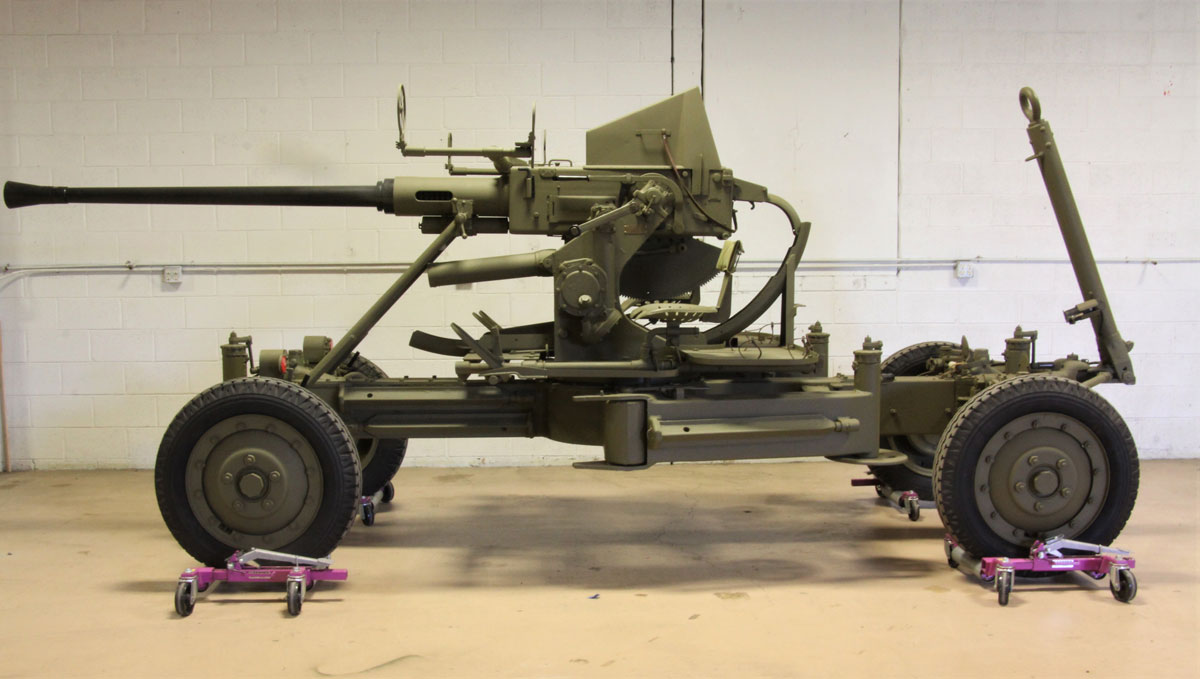 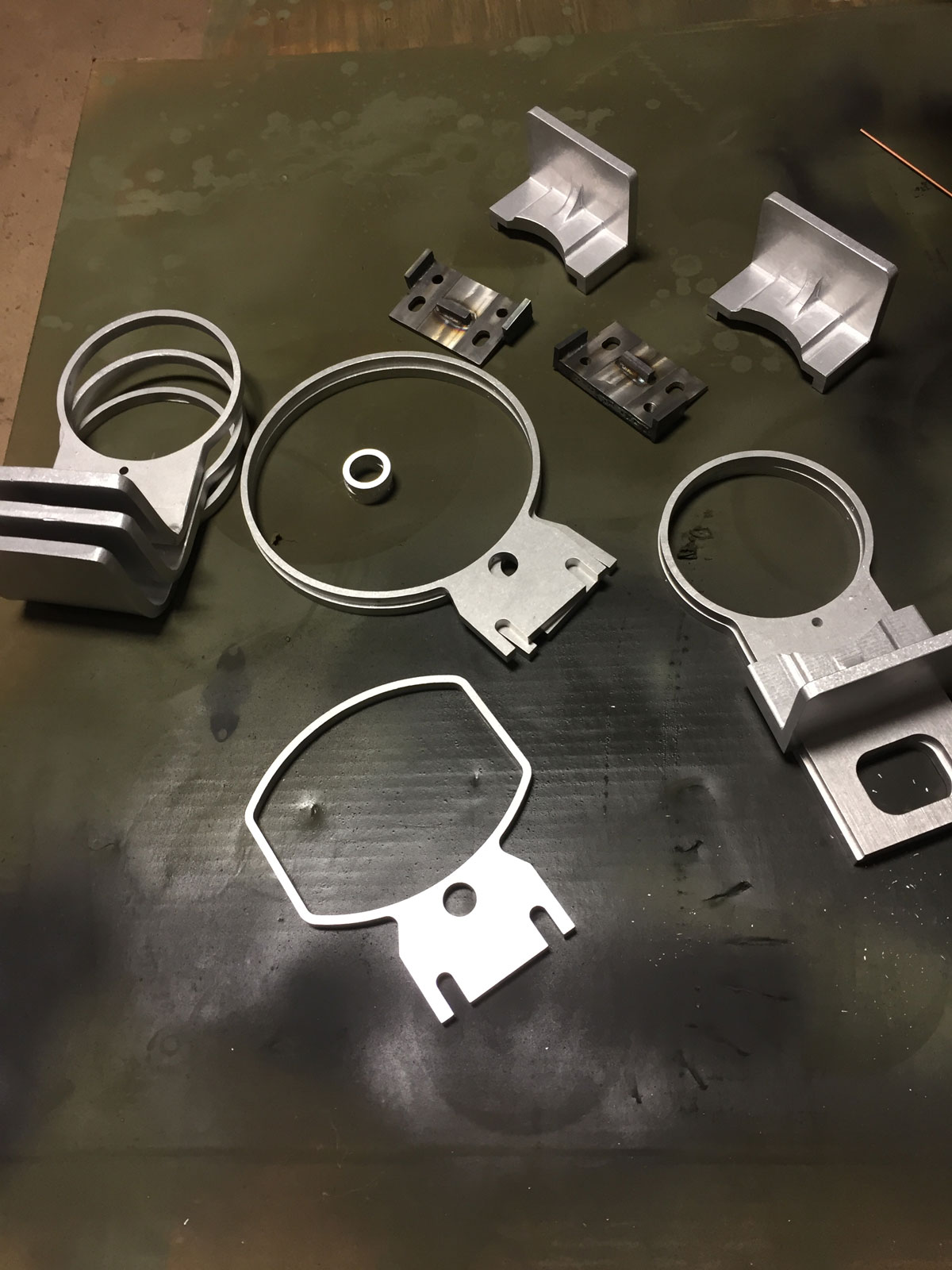 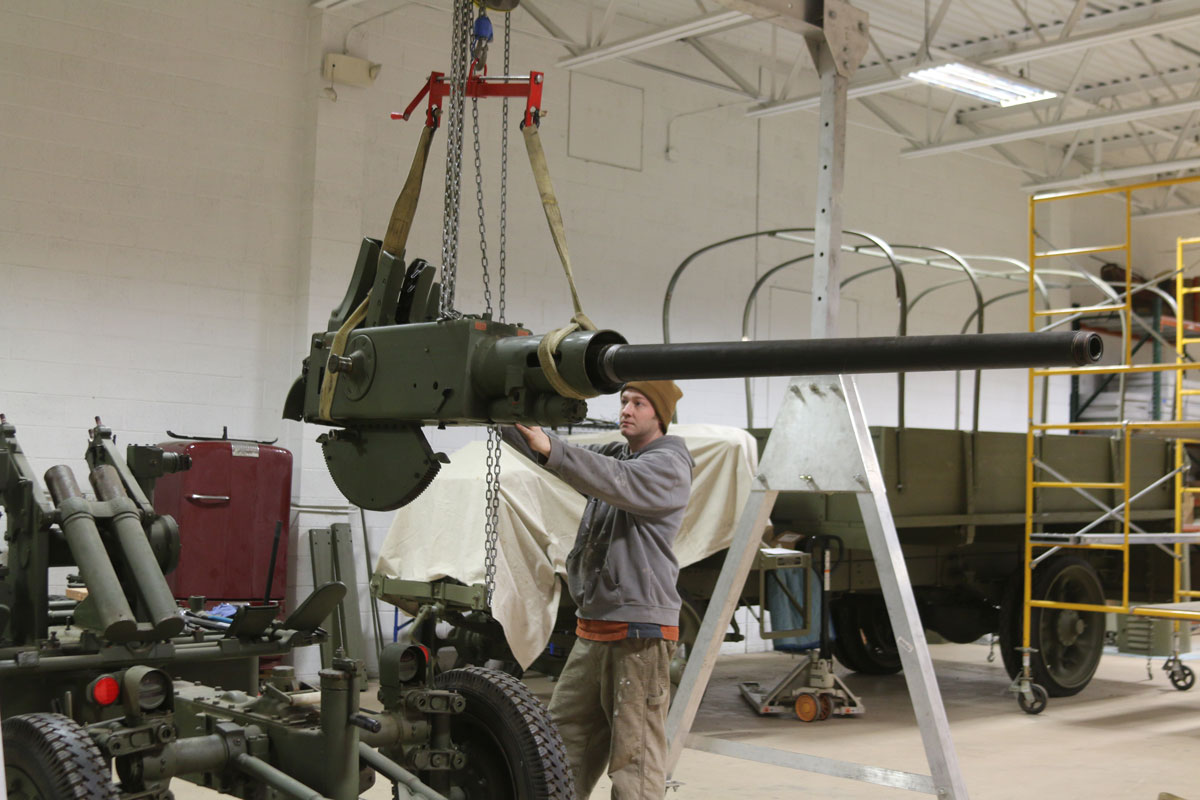 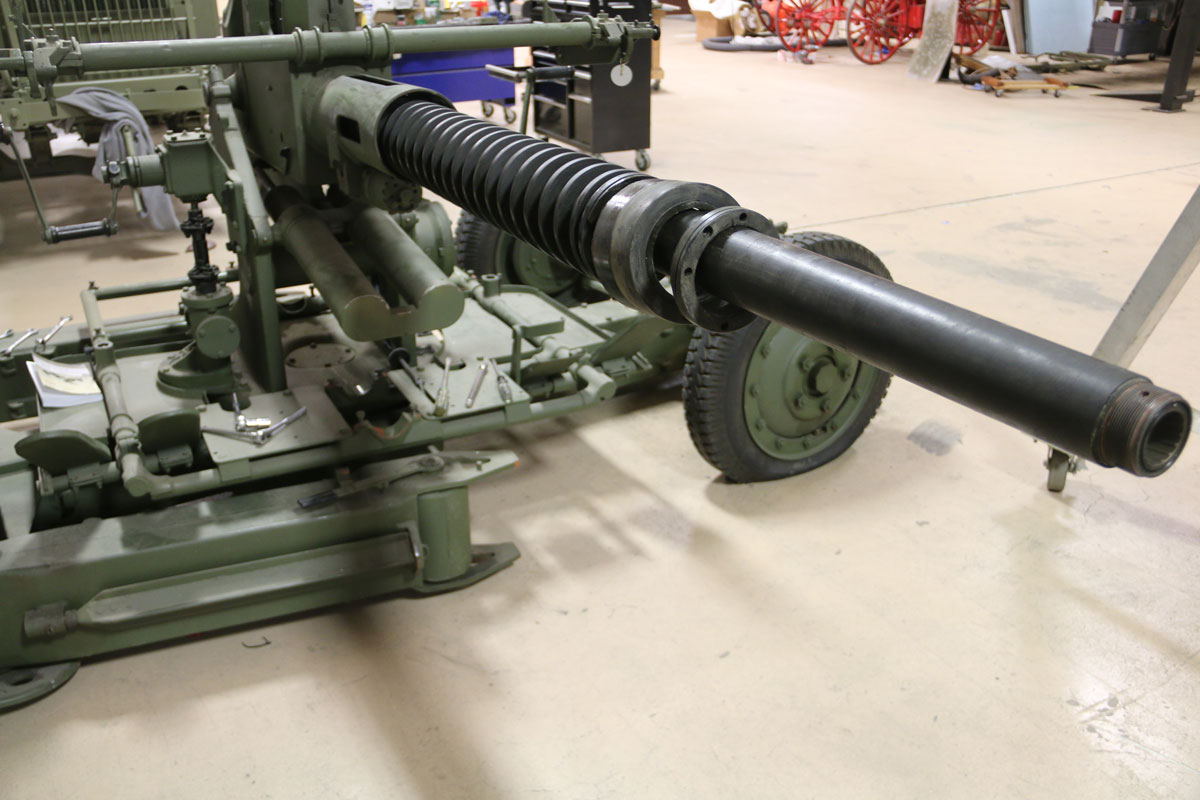 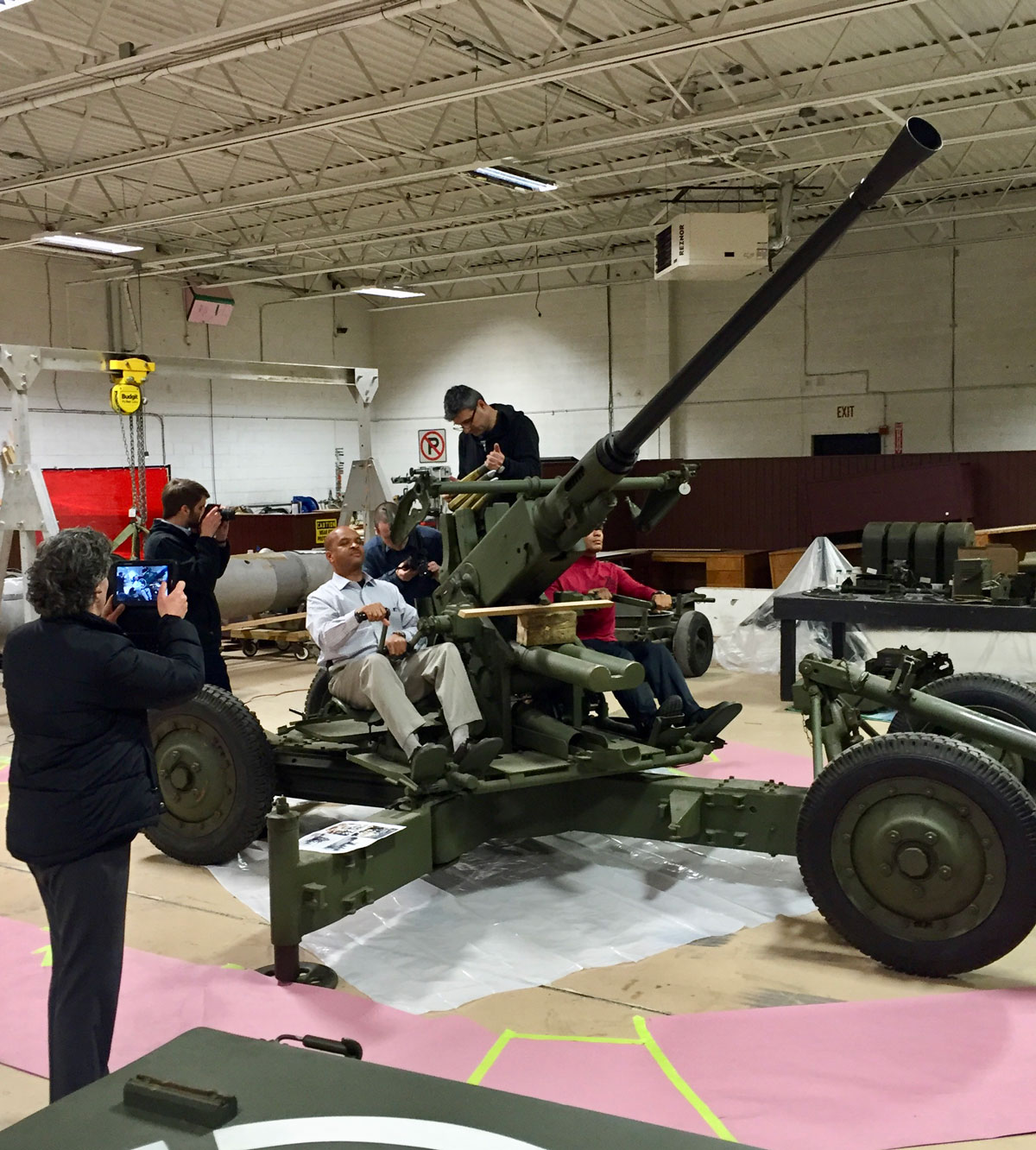 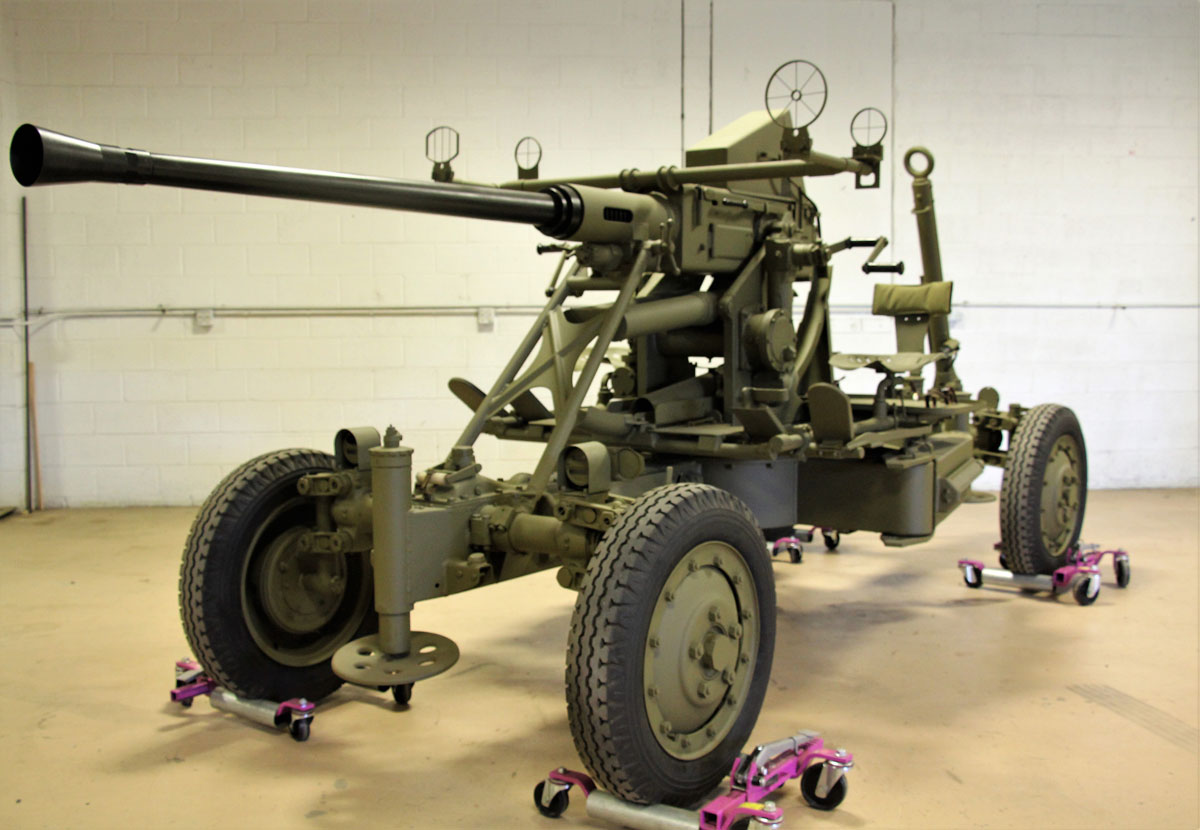 The 40mm Bofors, was in relatively stable condition with only minor but numerous areas of active corrosion. However, the gun had been previously restored several decades ago, and the paint had been crudely applied which caused runs and pooling in areas. This resulted in many of the parts becoming seized that were meant to freely move in order to rotate and raise the position the gun. Lubricants and fluids now leaked from recoil tubes and lubrication points and surfaces were covered with an accumulation of dirt and grime. The sighting mechanisms and seat cushions were also missing.

The gun was transported to the Commonwealth Conservation Center, occupied by    B.R. Howard where it was extensively documented before being partially disassembled in order to facilitate treatment.

All areas of active corrosion and non-original paint were mechanically removed using a dustless air abrasive cleaning system. All surfaces were given a spray application of a tri-ethanol ammine-based corrosion inhibitor, prior to the application primer and 2 coats of Federal Standard 34087 paint.

The missing M3 sighting assembly was thoroughly researched for months.  New engineered drawings were created the and new sights were replicated and installed along with the custom reproduction seat coverings to meet NMUSA curatorial requests.

The Bofors gun was then reassembled using the original fasteners and hardware before being crated and transported to the museum for display. A conservation treatment report with digital photo documentation was given to the client.

All work performed on the Bofors was conducted in compliance with the American Institute for Conservation Code of Ethics and Guidelines for Practice.