B. R. Howard was contracted by a private client to conserve the Phoenix Mansect. This sculpture was part of a larger “Mansect” grouping produced by a sculptor, Christopher Ray. The sculpture stands eight feet tall and spans close to six feet. It is a highly detailed and ornamental wrought iron work depicting a standing human/insect figure holding a wilted potted plant. 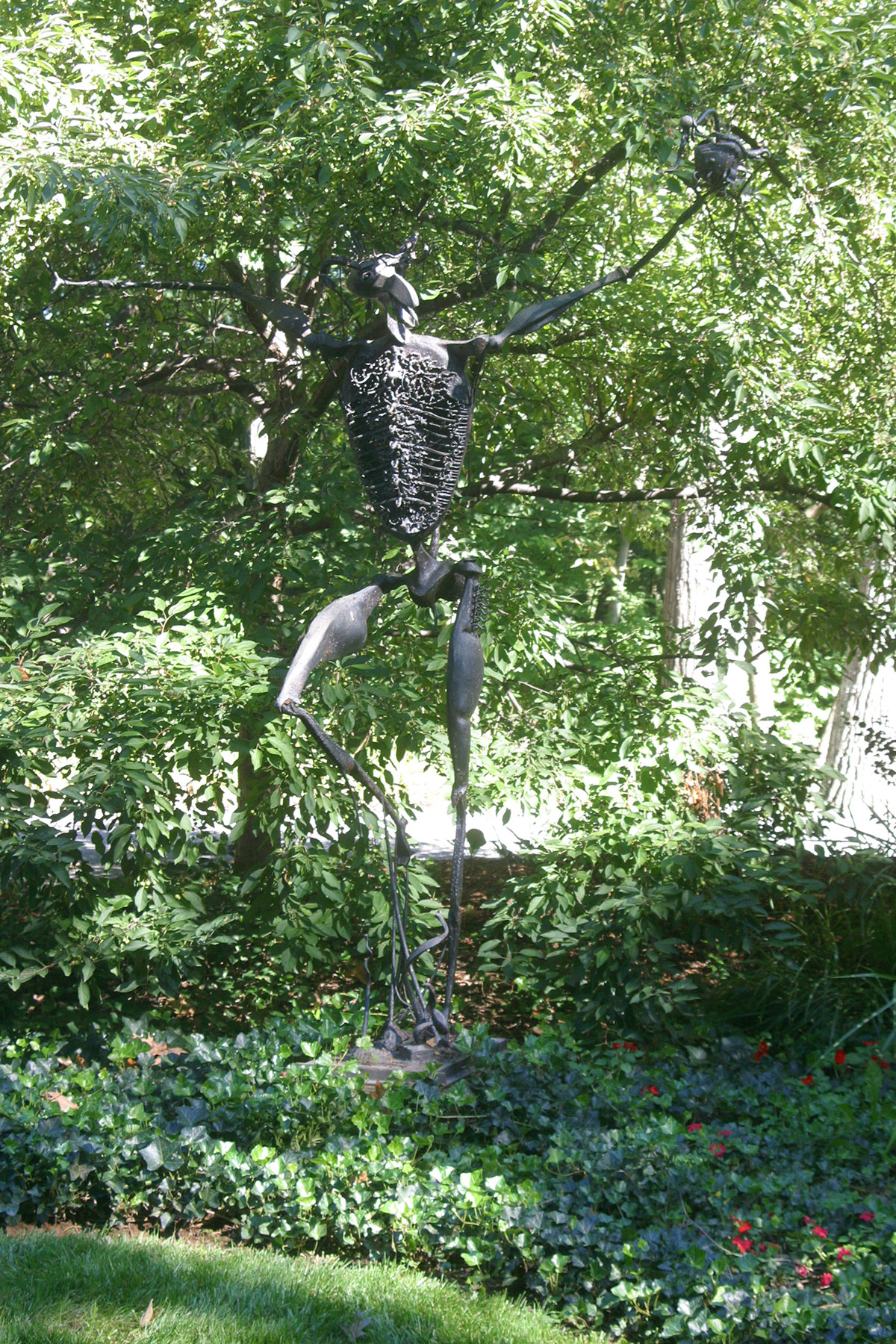 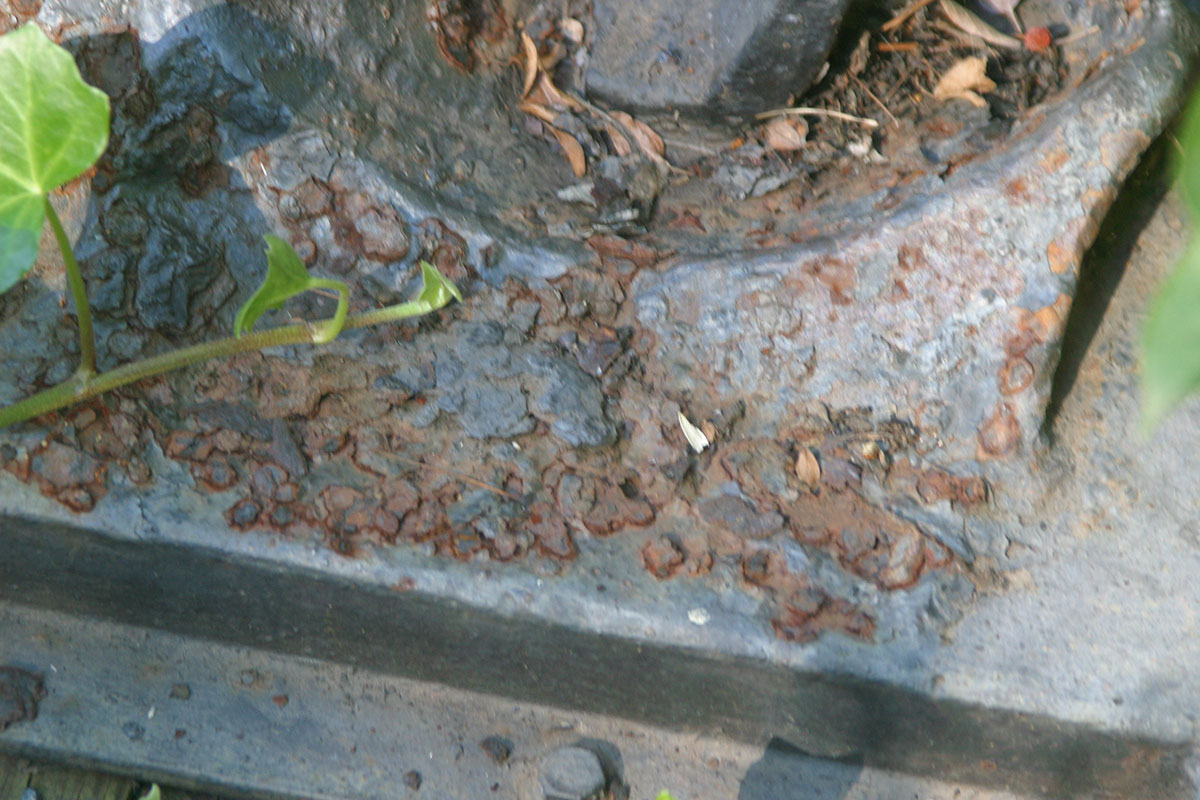 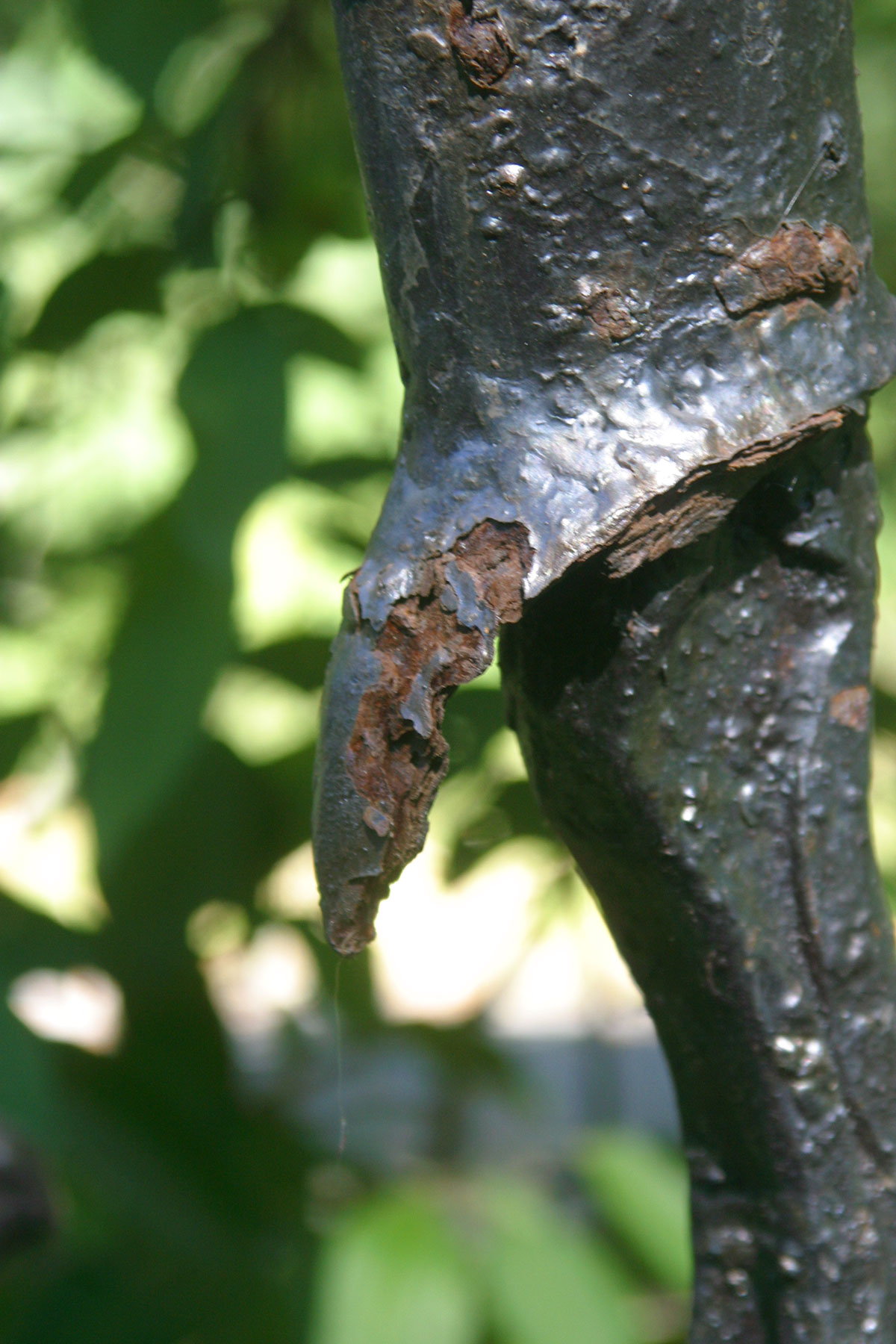 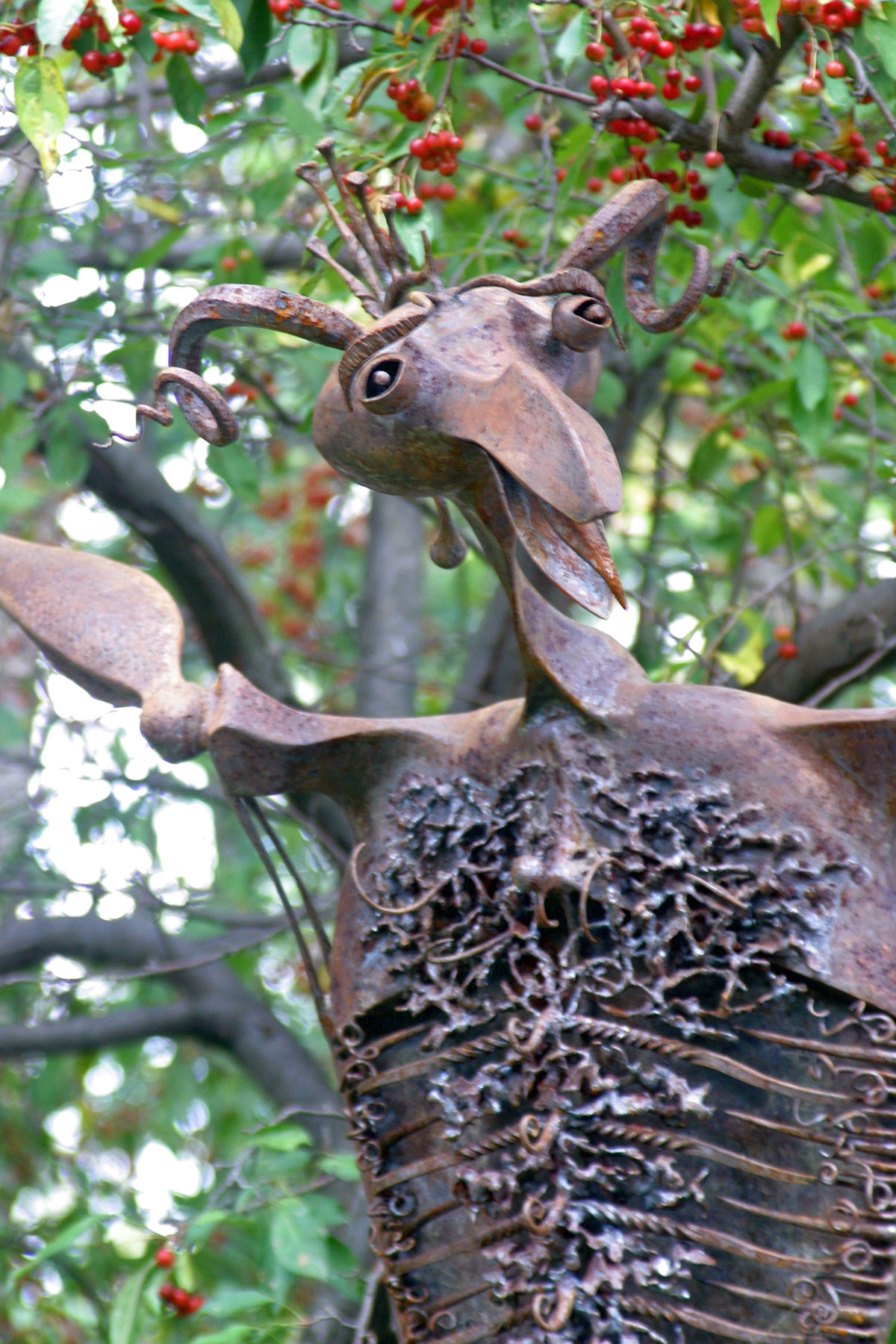 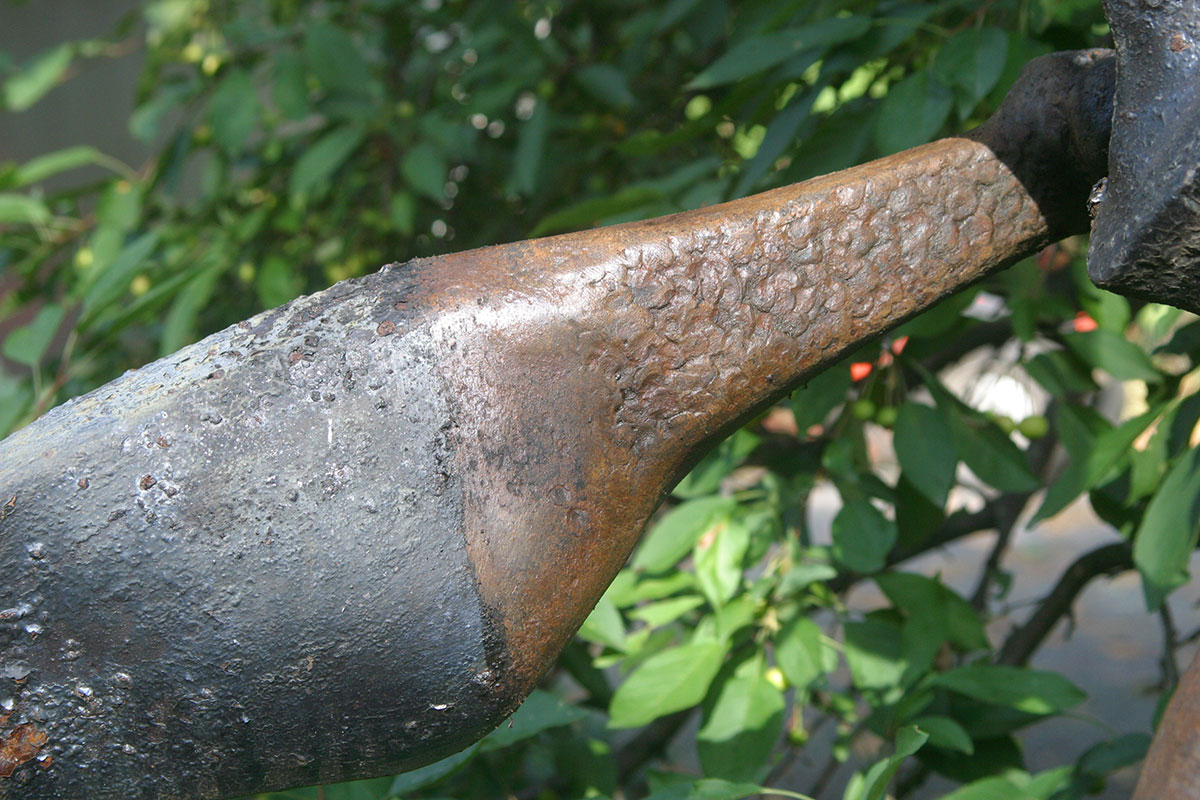 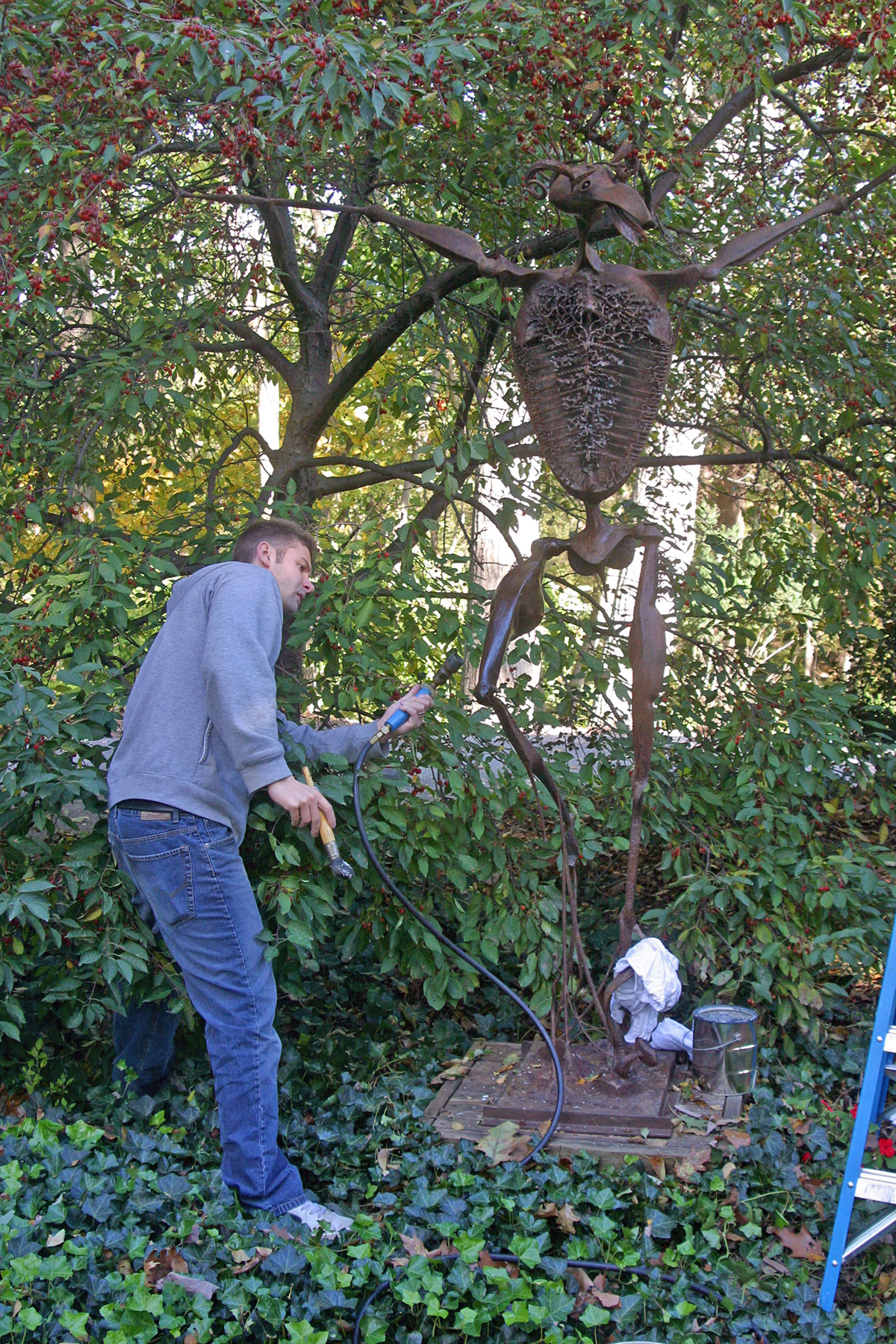 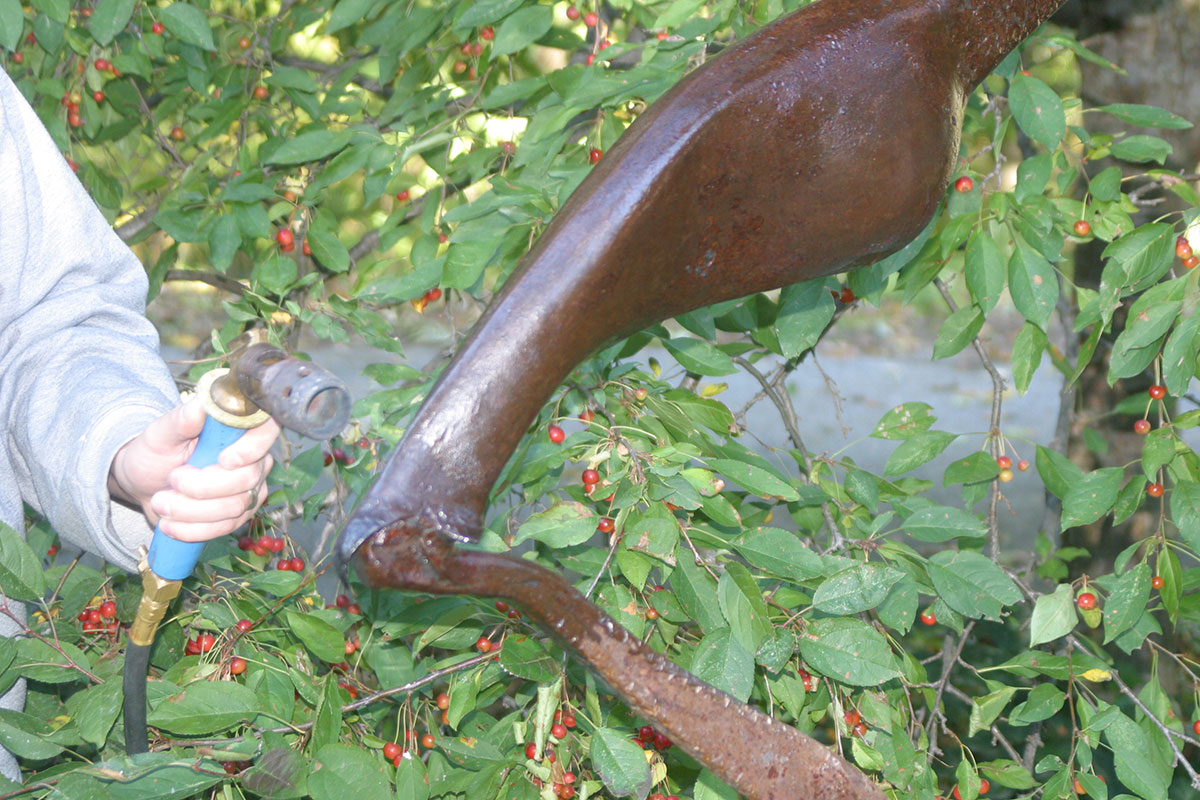 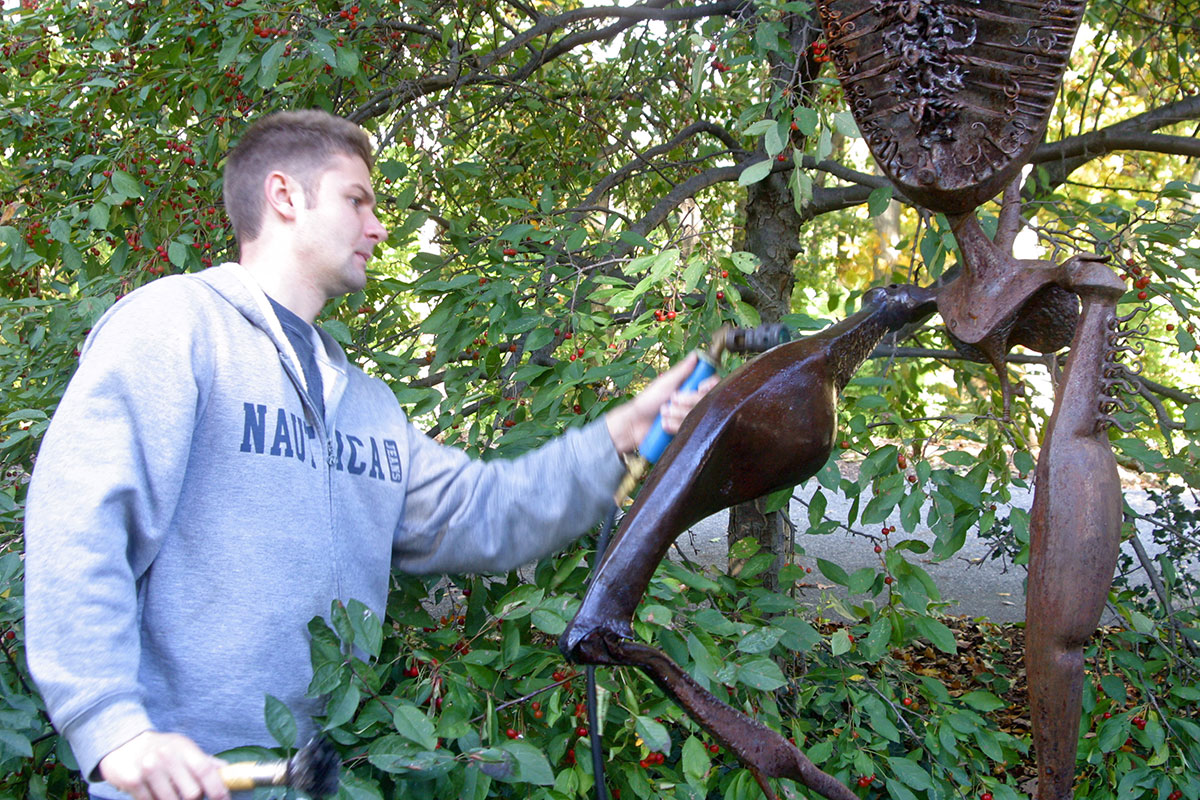 The Mansect was in unstable condition as the result of active iron corrosion. There were areas that were deeply pitted and the corrosion was causing substantial flaking. A failing acrylic coating had also been applied to the sculpture which was not original to the piece.

BRH conservators removed the acrylic coating and used mechanically methods to reduce corrosion. Micro-air abrasion was also utilized in the decorative areas on the chest that were inaccessible. Once the coating was removed and the corrosion was reduced the metal surfaces were stabilized. Losses were filled using a pigmented two-part epoxy which was toned to match the adjacent surfaces. The entire statue was then heated and coated with a protective wax coating, followed by two additional colds wax applications and a final buffing.