The National Museum of the United States Army (NMUSA) located at Fort Belvoir, VA was under construction when B.R. Howard was contracted to conserve a number of macro-sized objects within the collection. One of them was the famous “Cobra King”, M4A3E2 Assault tank, which helped liberate occupied France and earned their place in military history during the Battle of the Bulge.

The large macro vehicles were set and positioned on concrete slabs before the exterior of the museum walls were completed. Our team was tasked with performing some challenging conservation work in the middle of a large construction project. 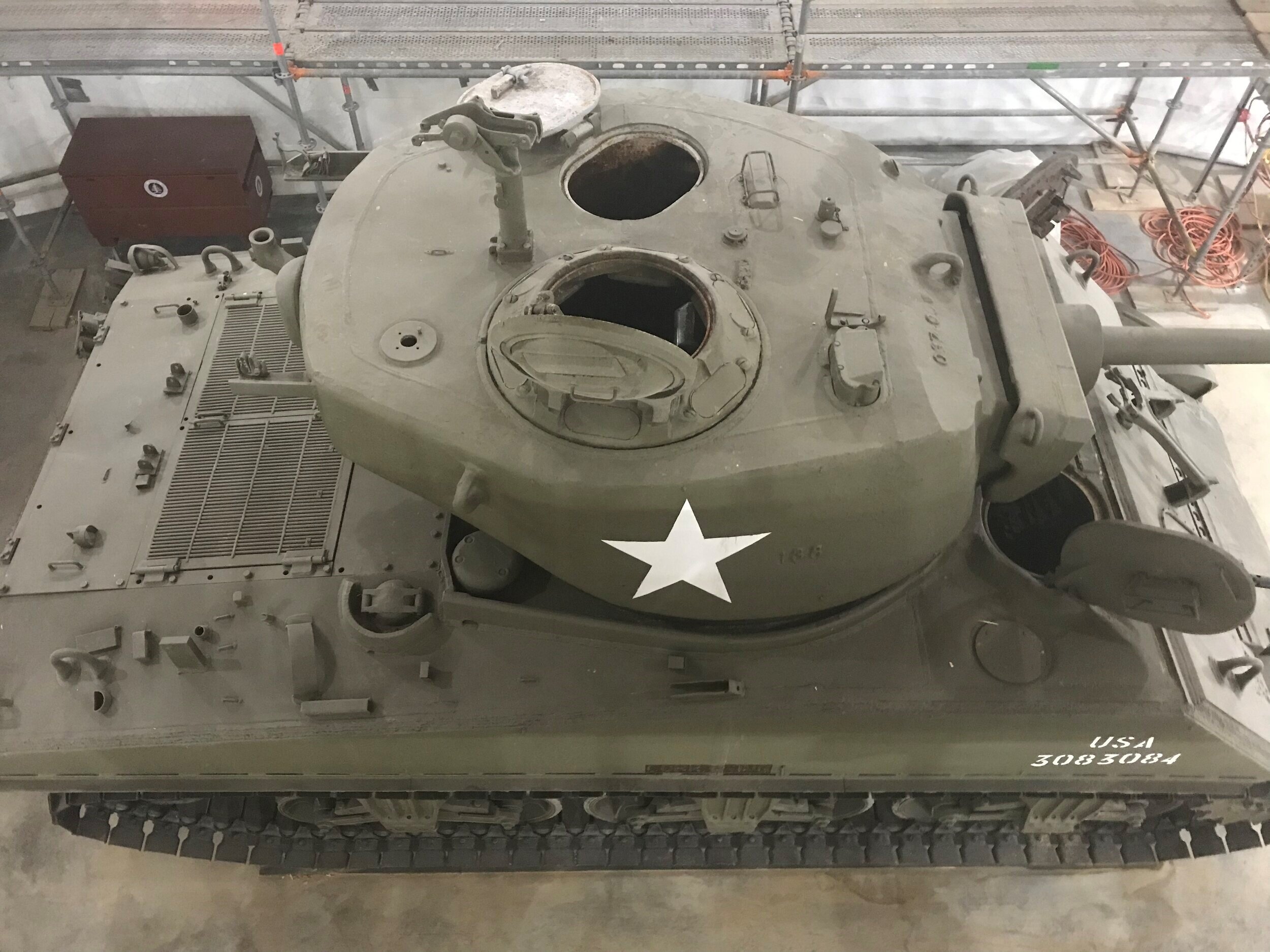 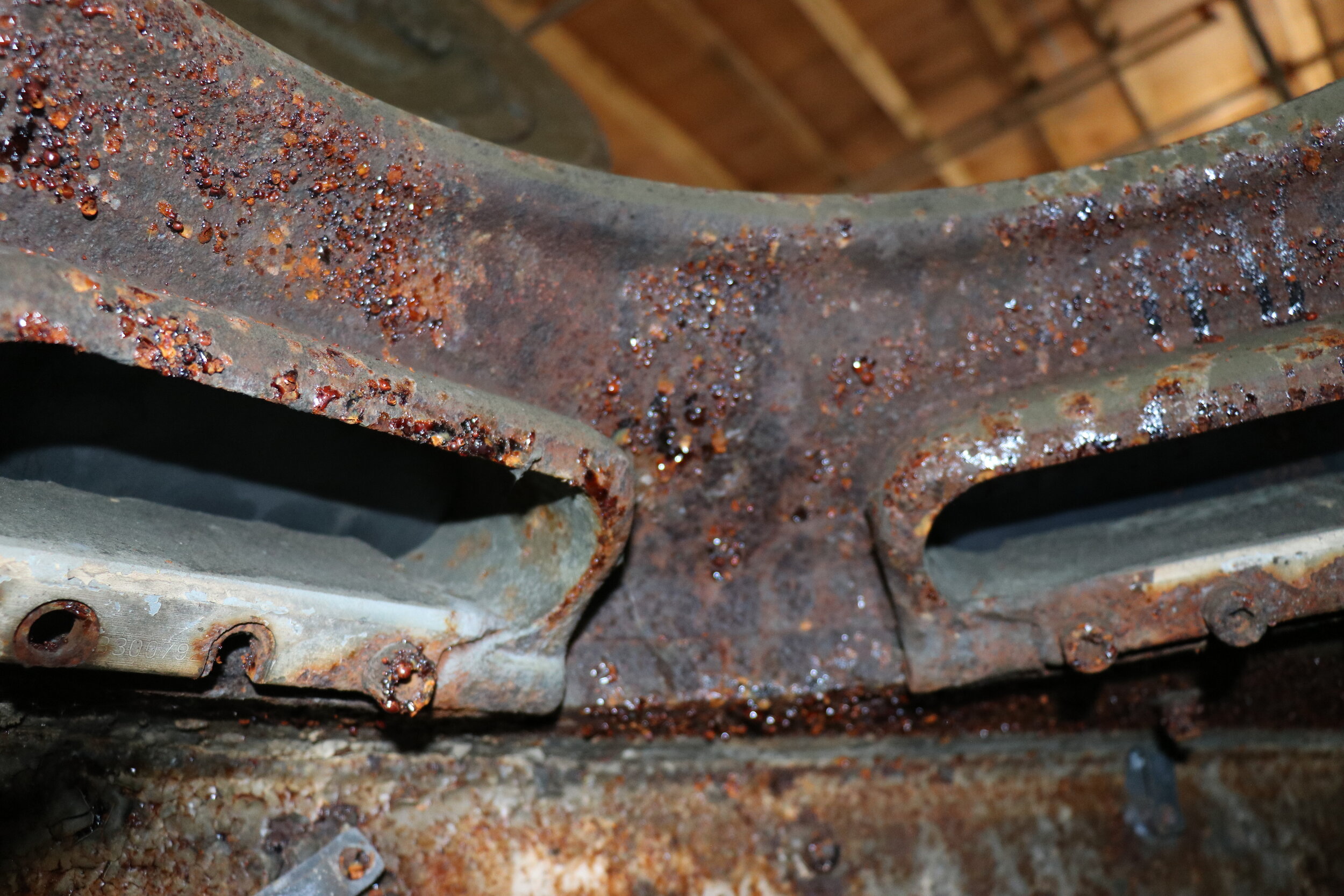 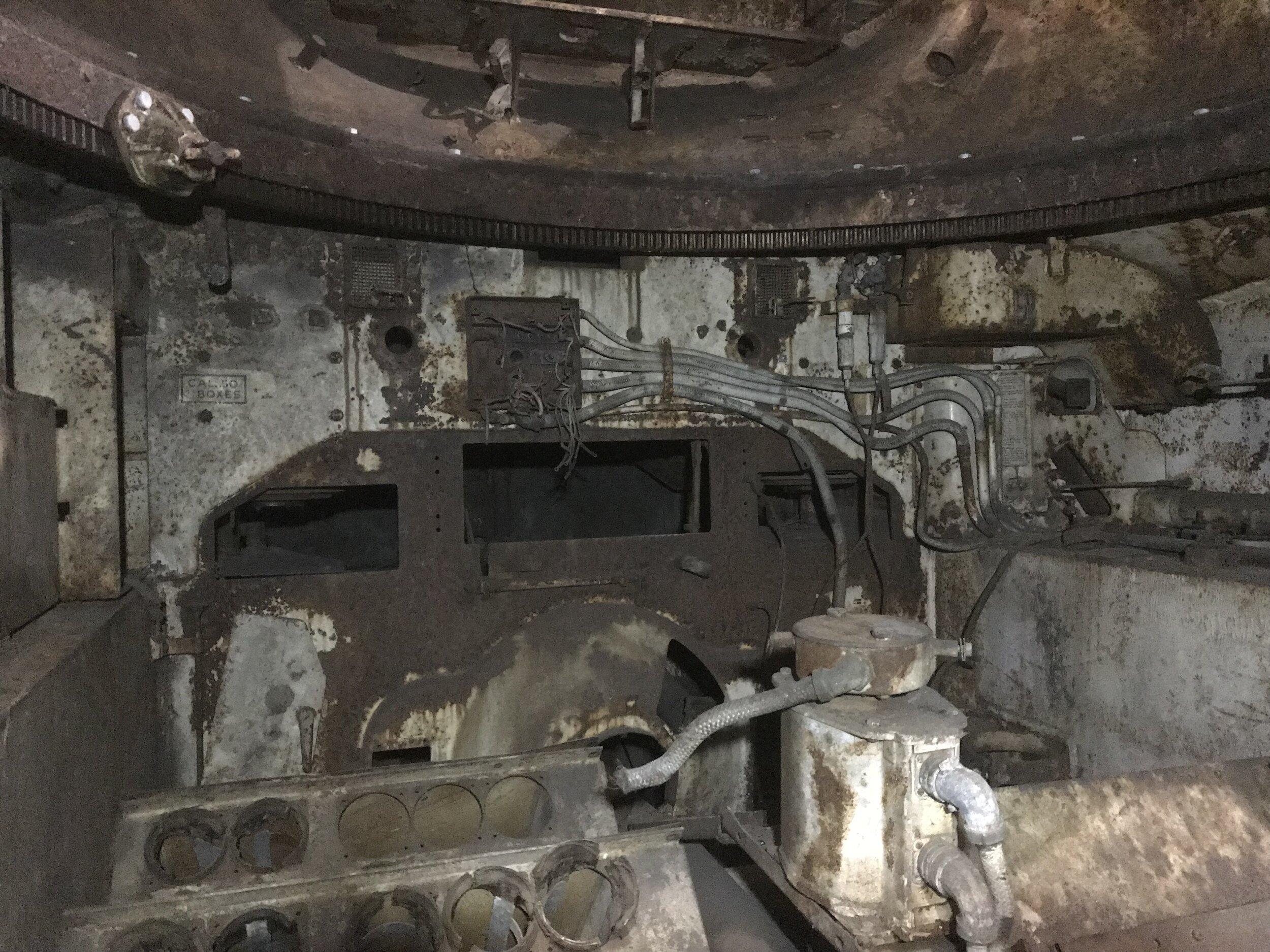 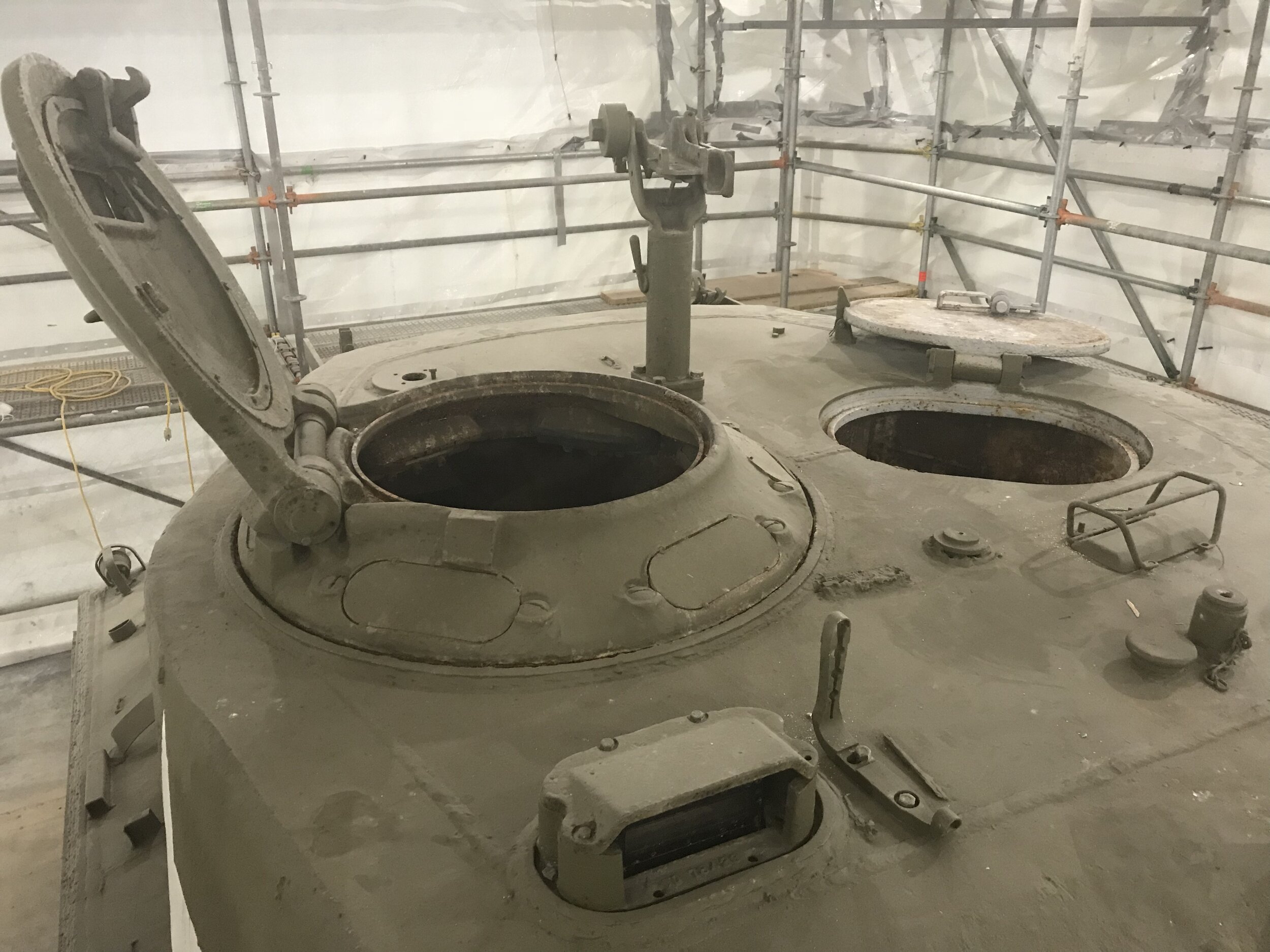 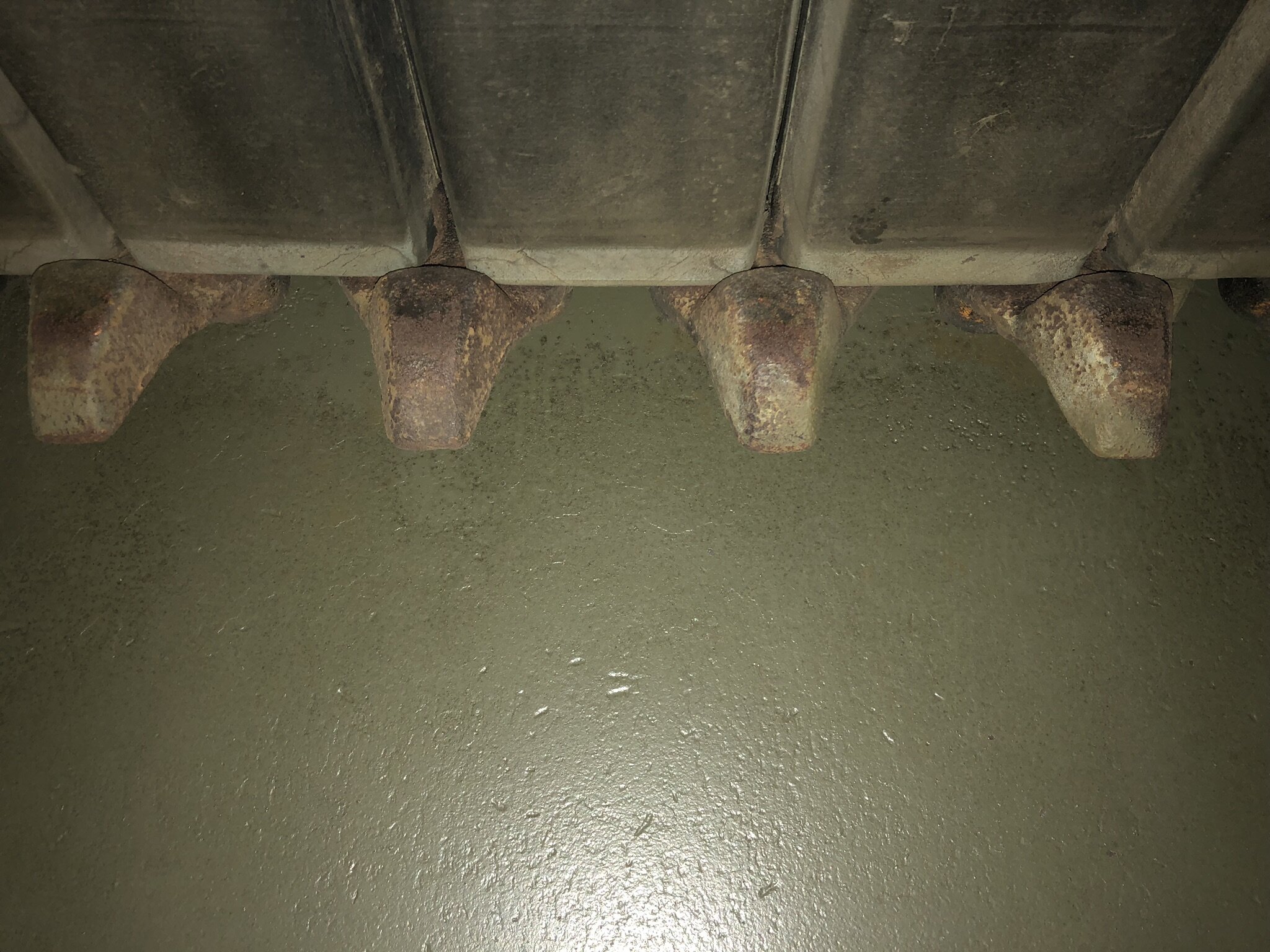 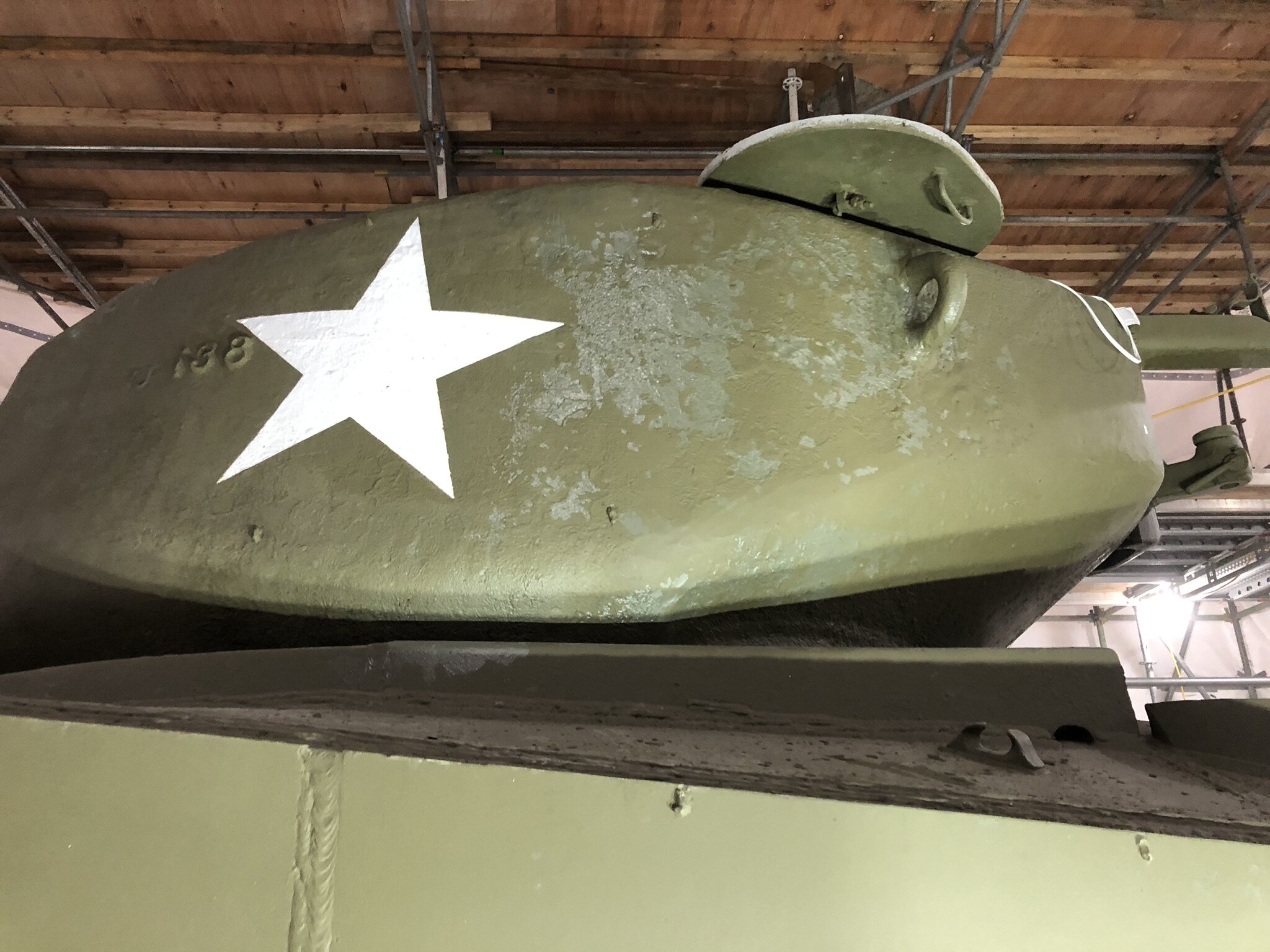 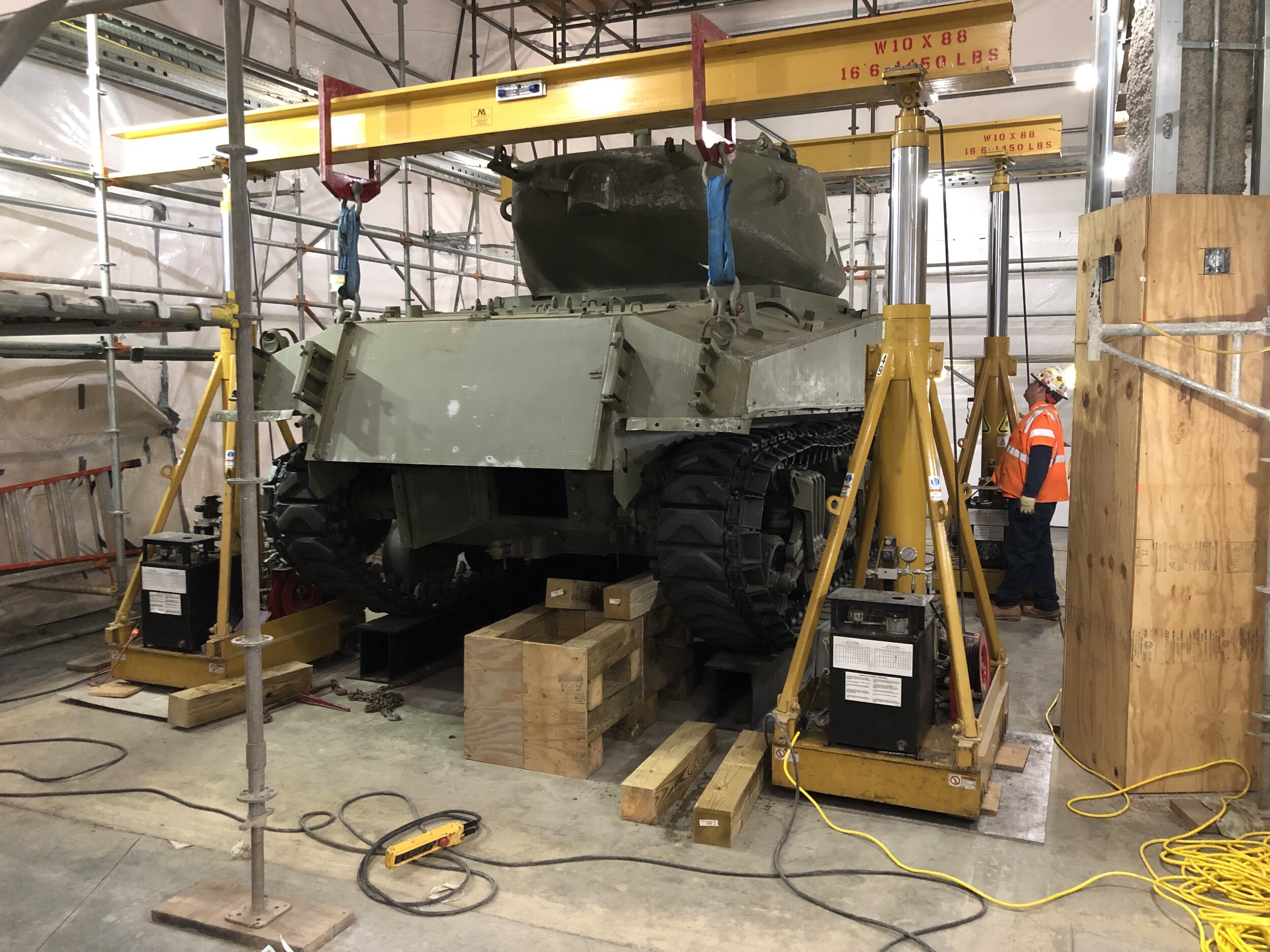 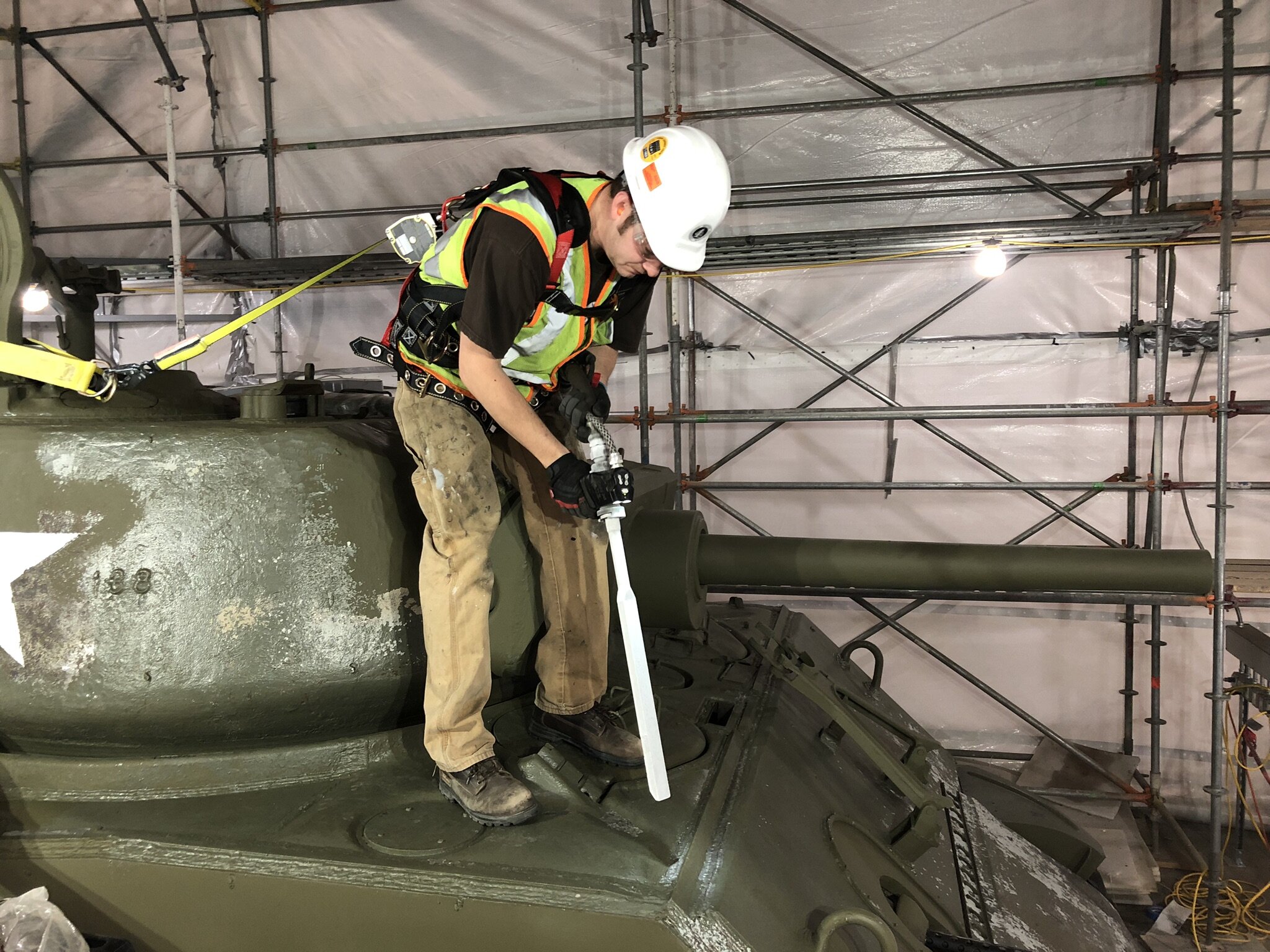 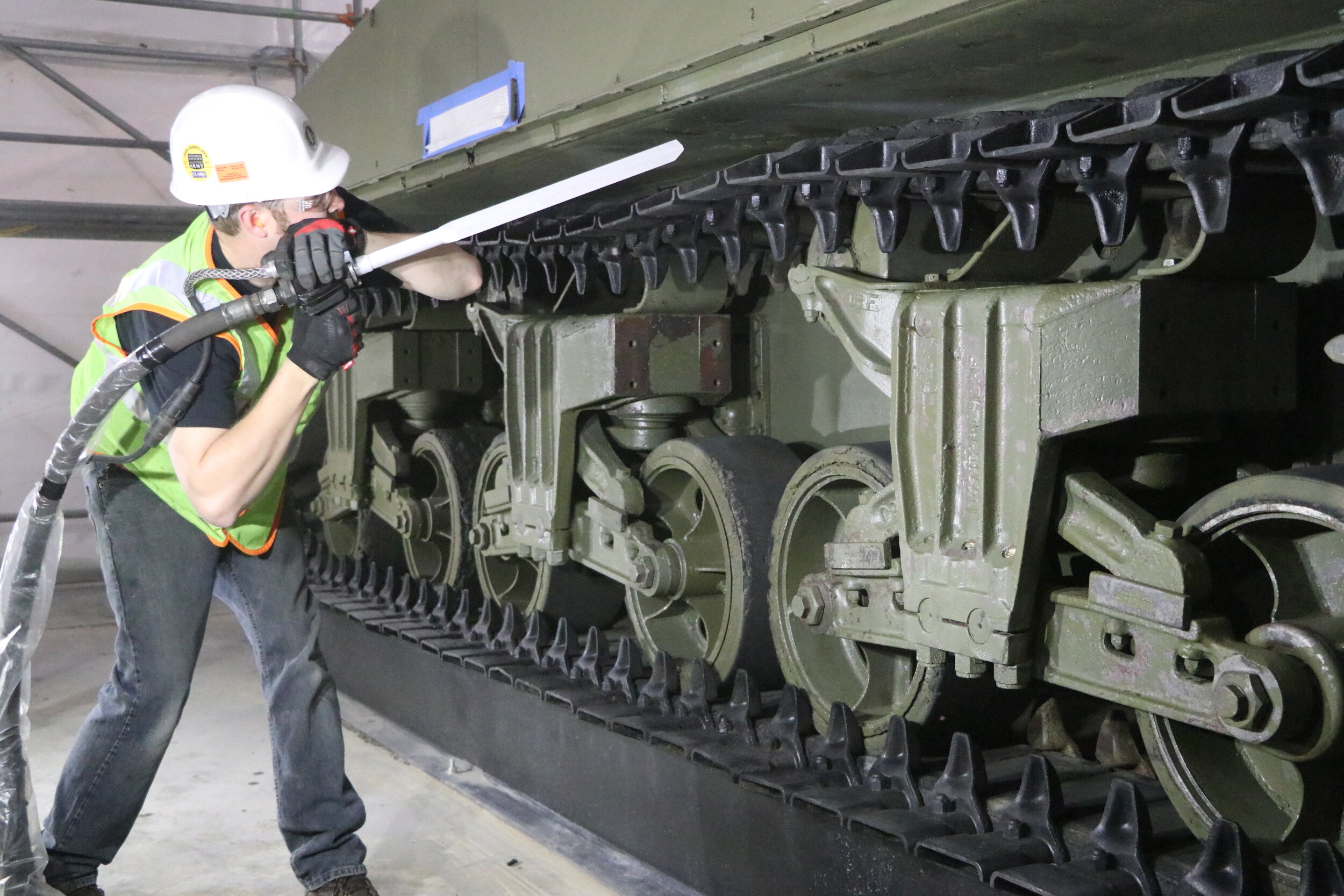 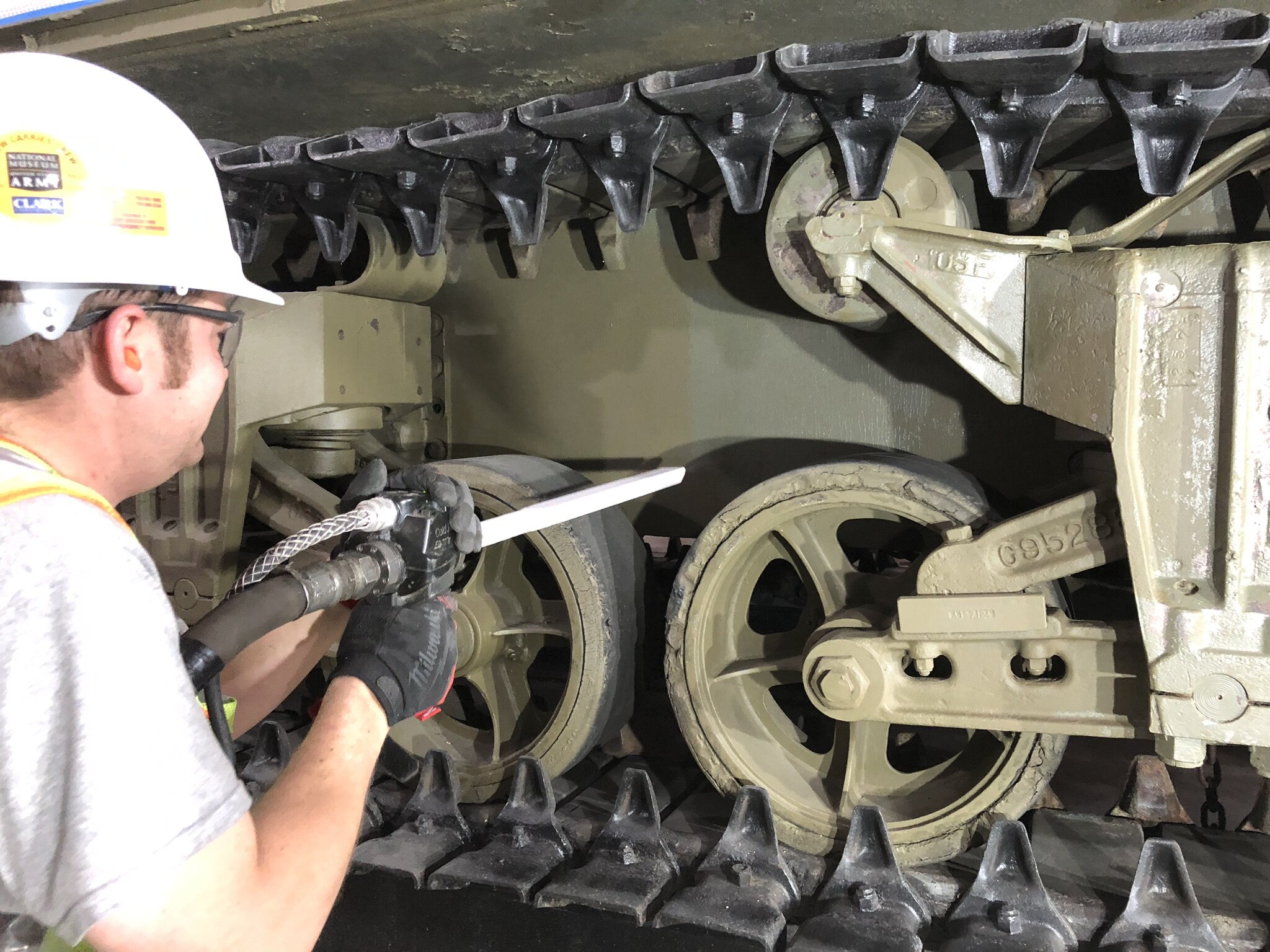 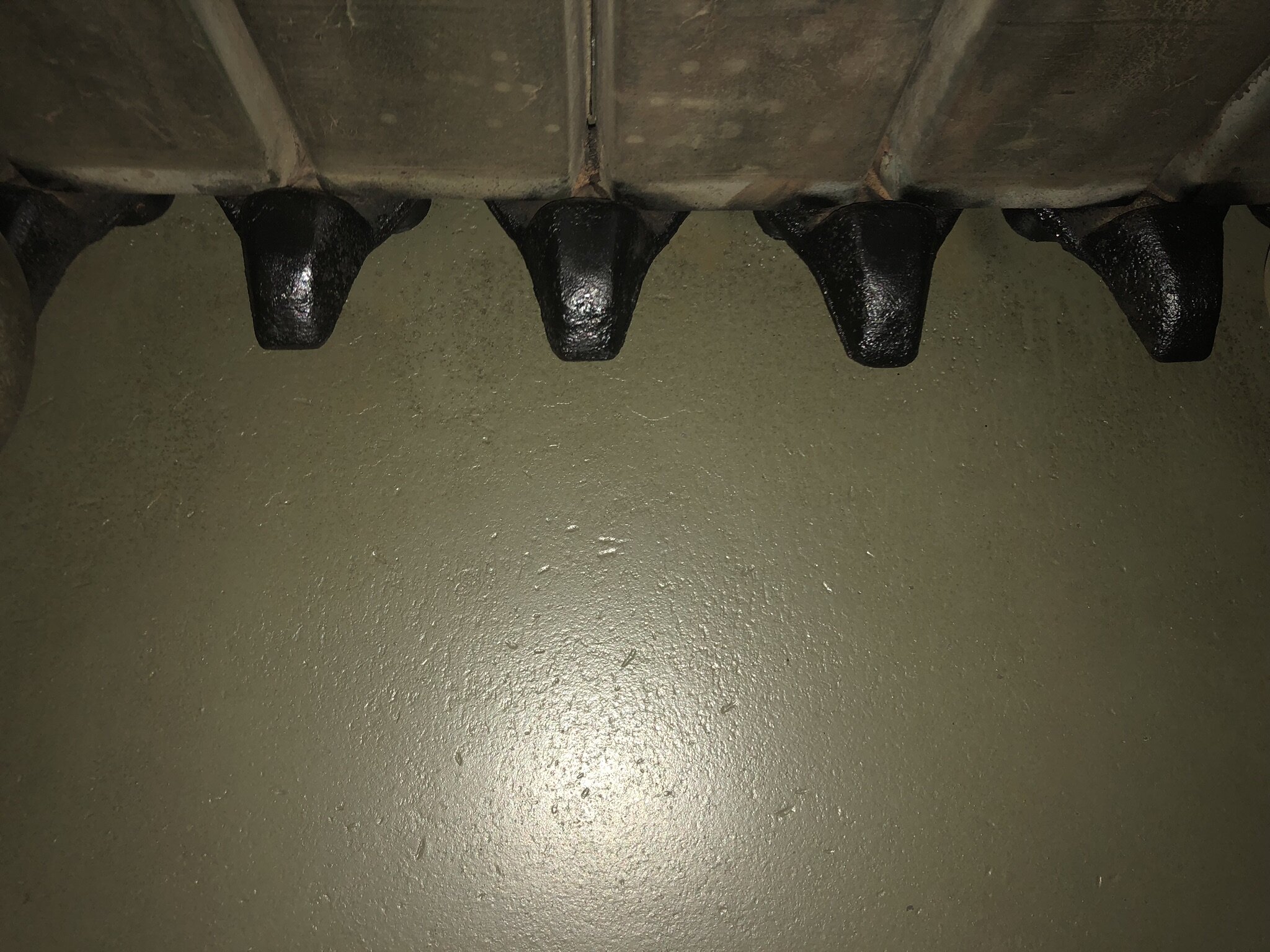 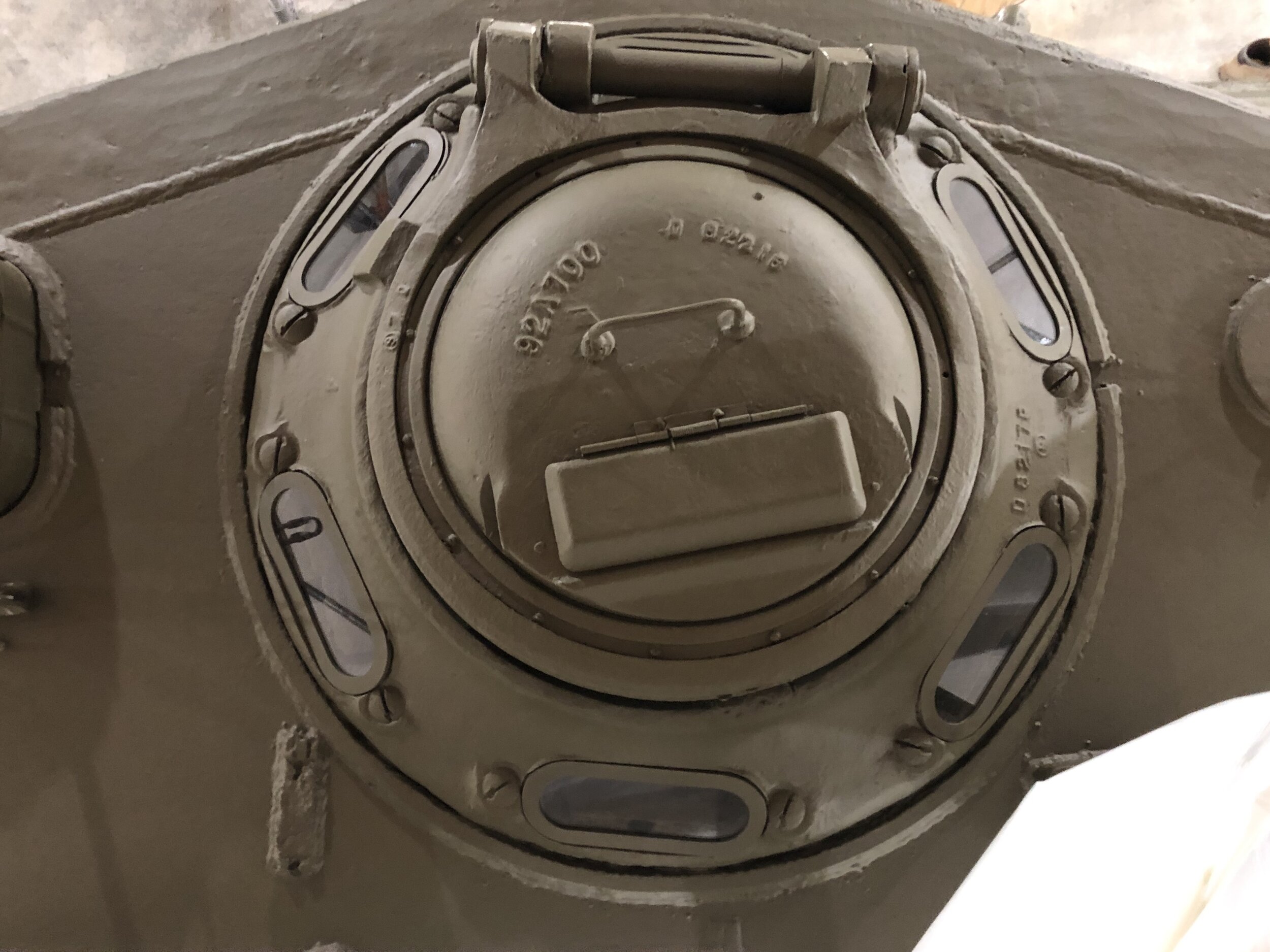 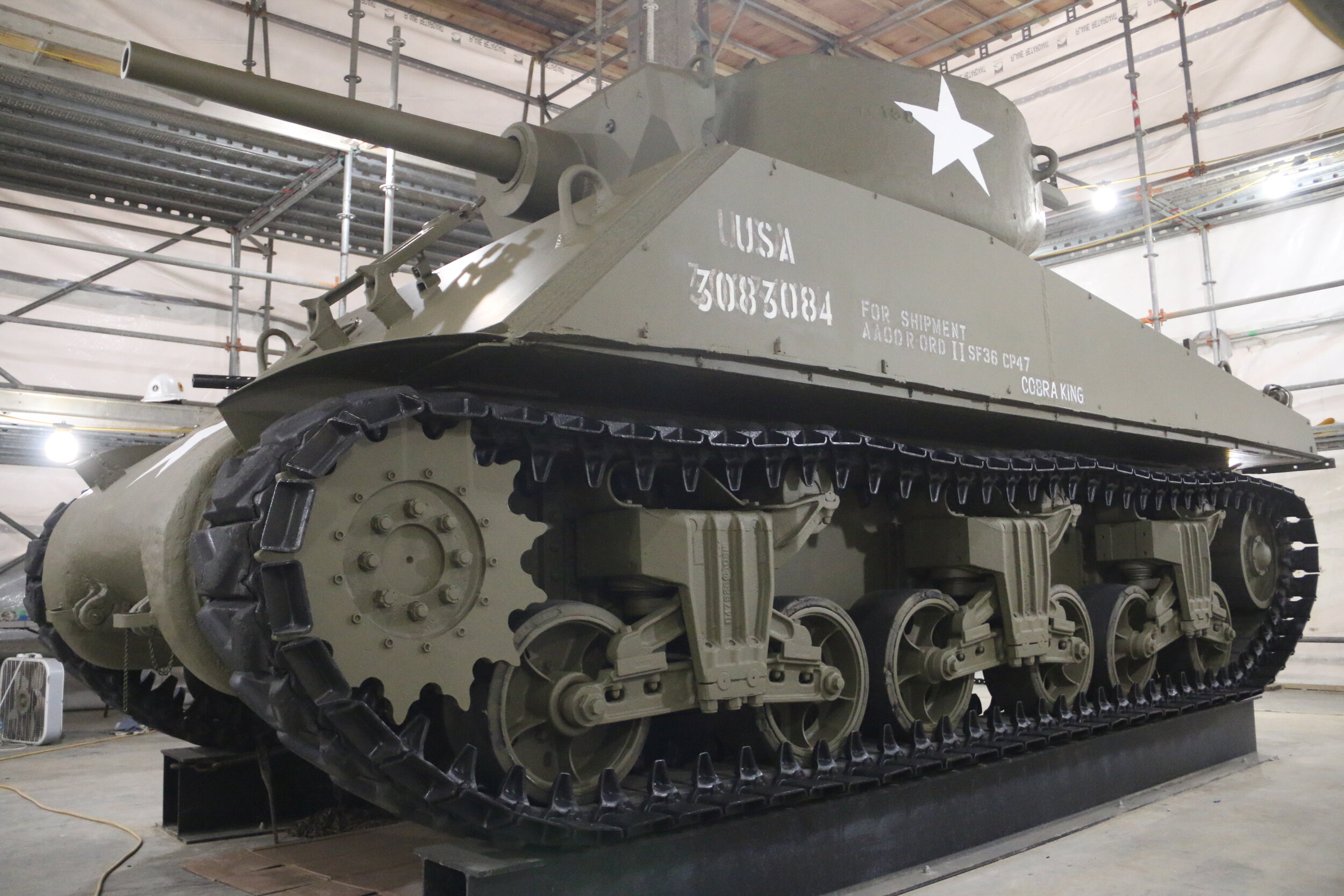 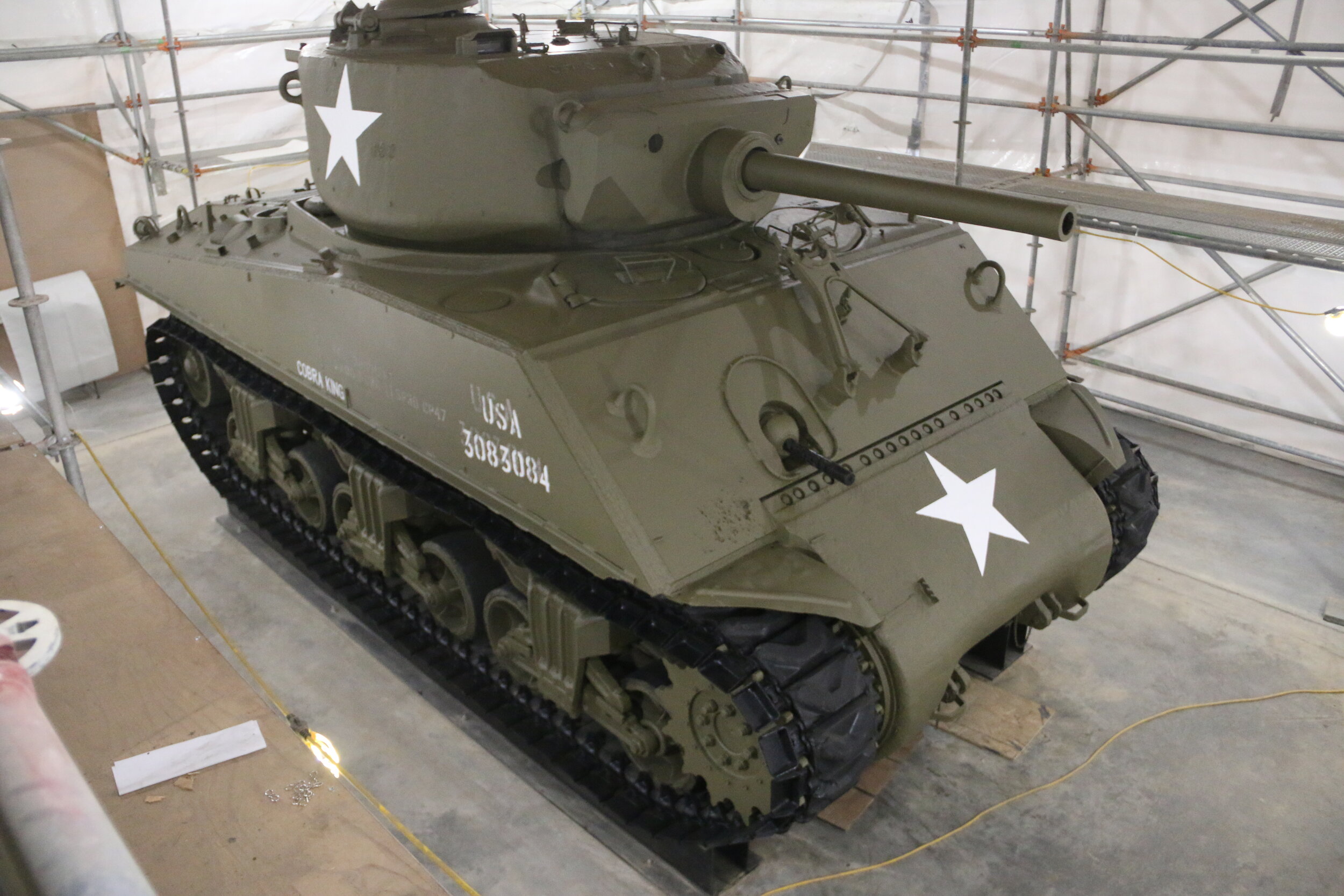 BRH had hard-topped, scaffold structure erected and enclosed around the Cobra King. Industrial dehumidifiers and fans were installed to control the environment as we worked. The tank had active corrosion on the tracks, wheels, hull, turret, and barrel. The Cobra King was previously displayed outdoors and had a glossy epoxy coating applied to the surface for better protection from the elements. Glass windows on the turret hatch were missing and steel plates had been welded over where they had once been. A later restoration effort used an enamel paint which had top coated the previous epoxy surface. This lead to adhesion failure and caused the plait to begin flaking off.

Lift plans were developed and 40 ton gantry cranes were used to lift the tank so that the tracks could be rotated in order to address the corrosion problems and expedite the conservation stabilization process.

The welded plates on the hatch were removed and new glass was cut and installed. The failing painted surfaces were by CO2 blasting methods. The remaining hard epoxy surfaces were scarified before a new application of paint and stencils were applied.

Once the conservation was completed, the vehicle was draped with 6 mil plastic, wrapped with 1” ethafoam, and covered with an additional layer of plastic. This was done for protection from impacts and dust while the construction continued.