B.R. Howard was contracted to perform the cleaning and stabilization of the plaster walls and consolidate the flaking paint on the whimsical artwork inside the kitchen that was created by family and friends of the Craighead’s’. 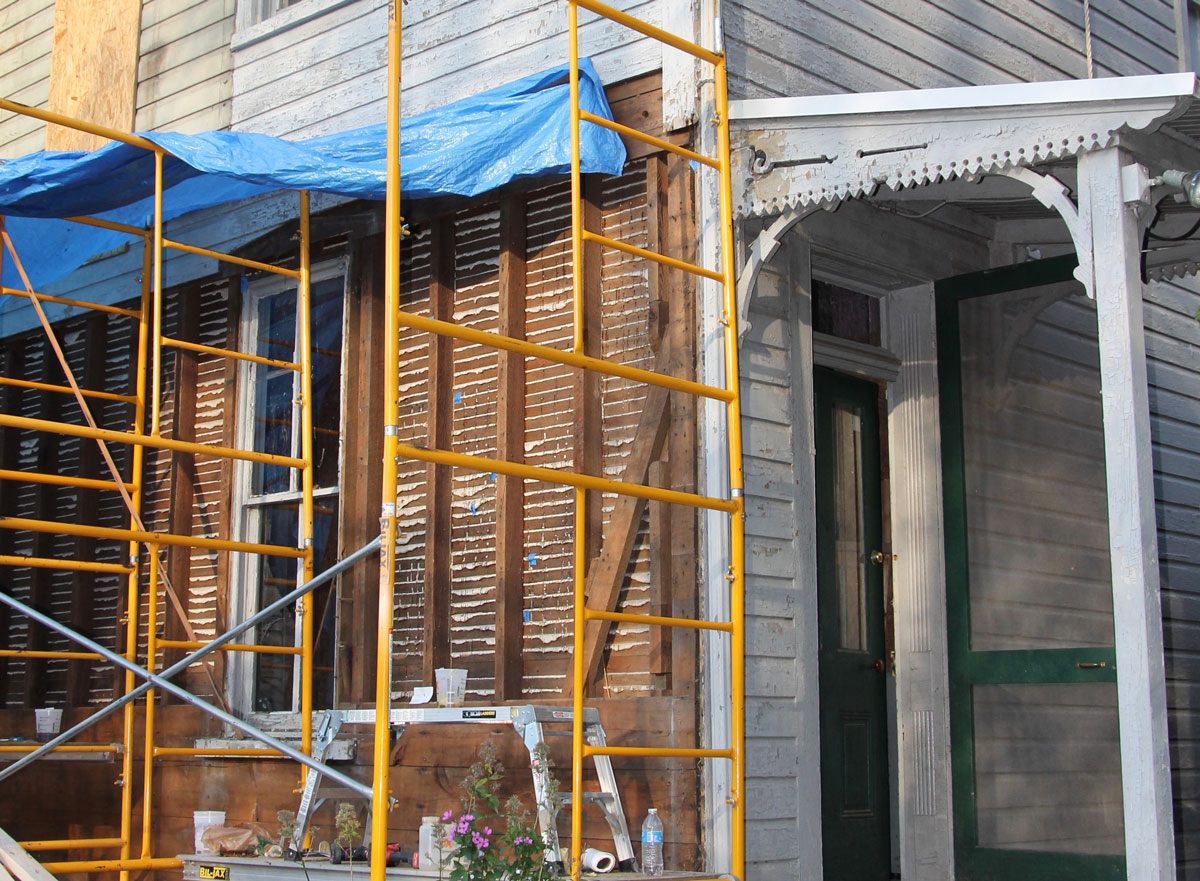 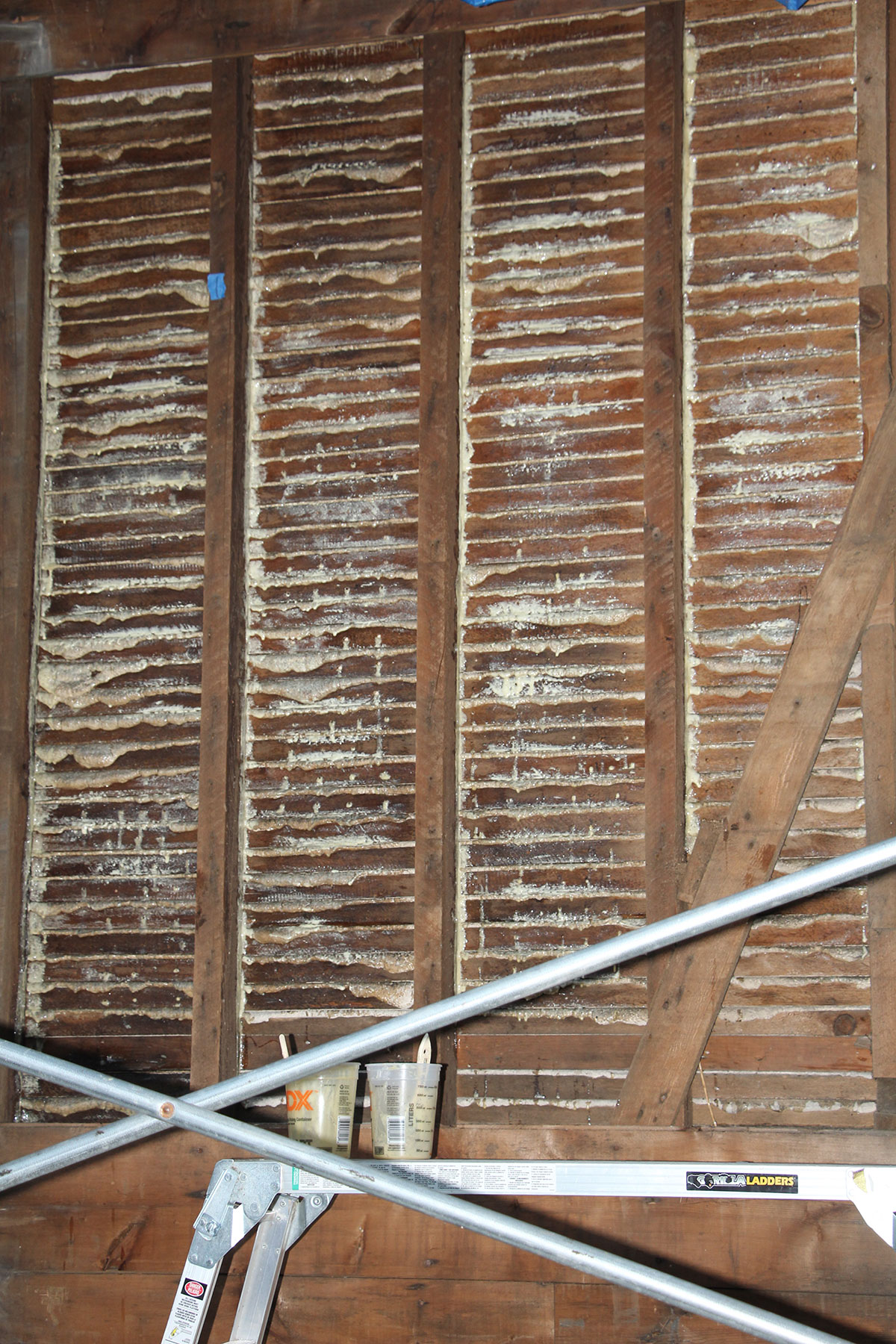 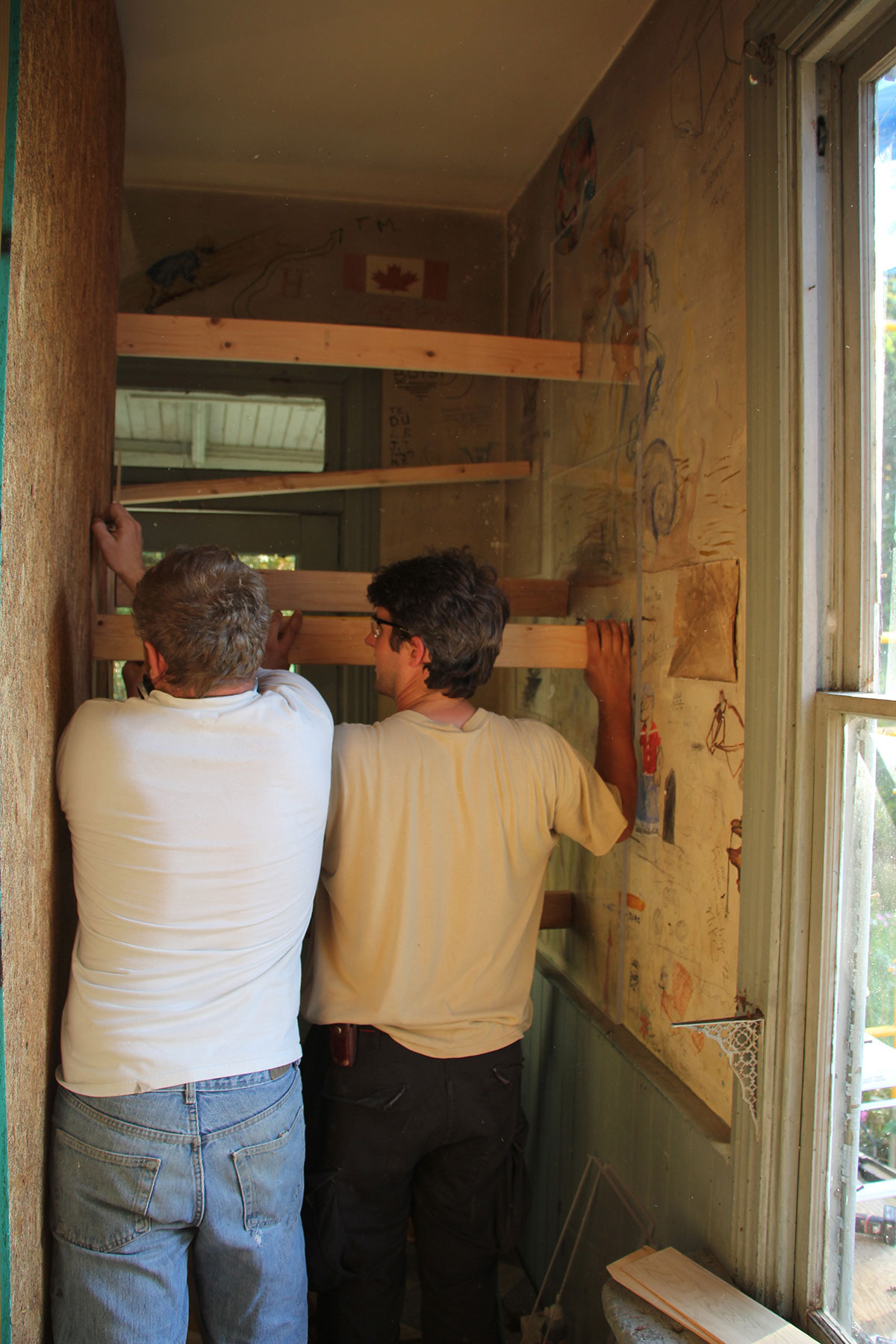 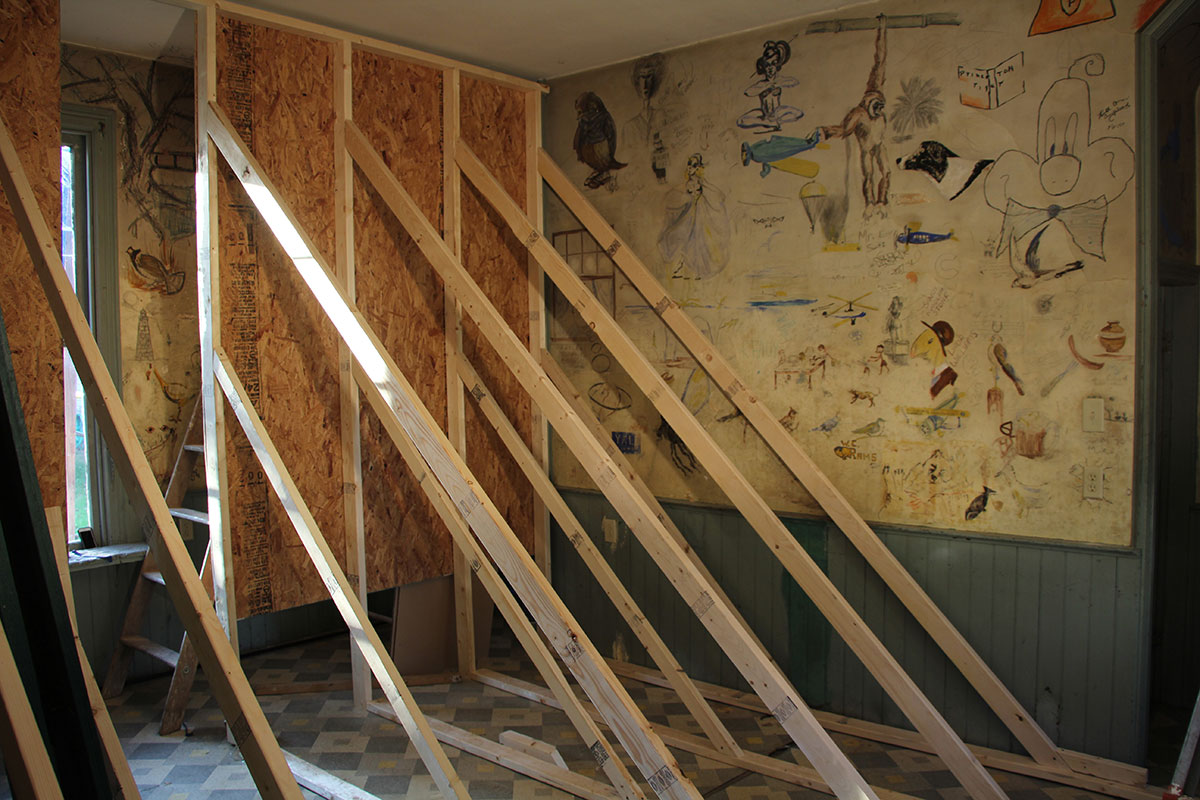 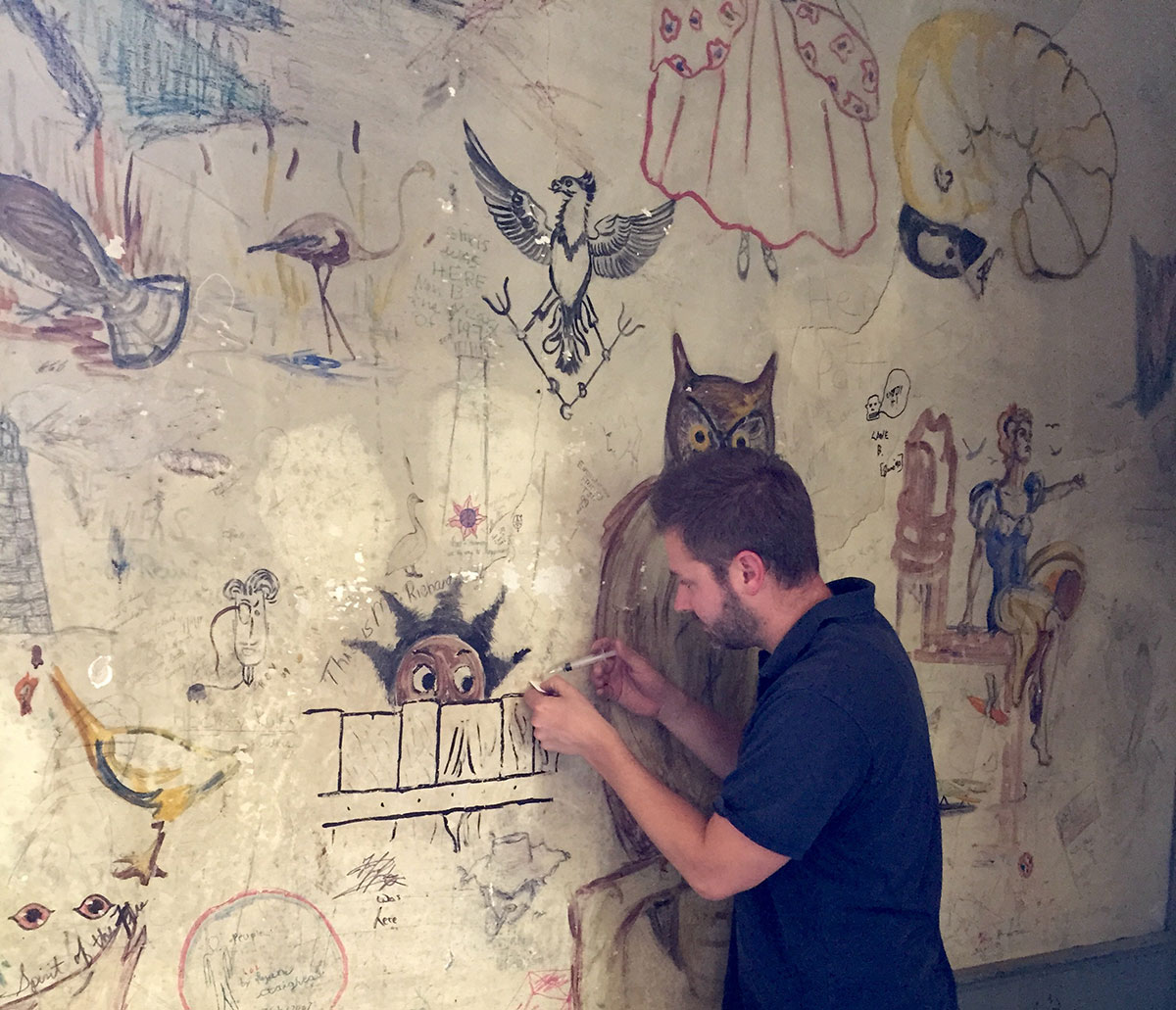 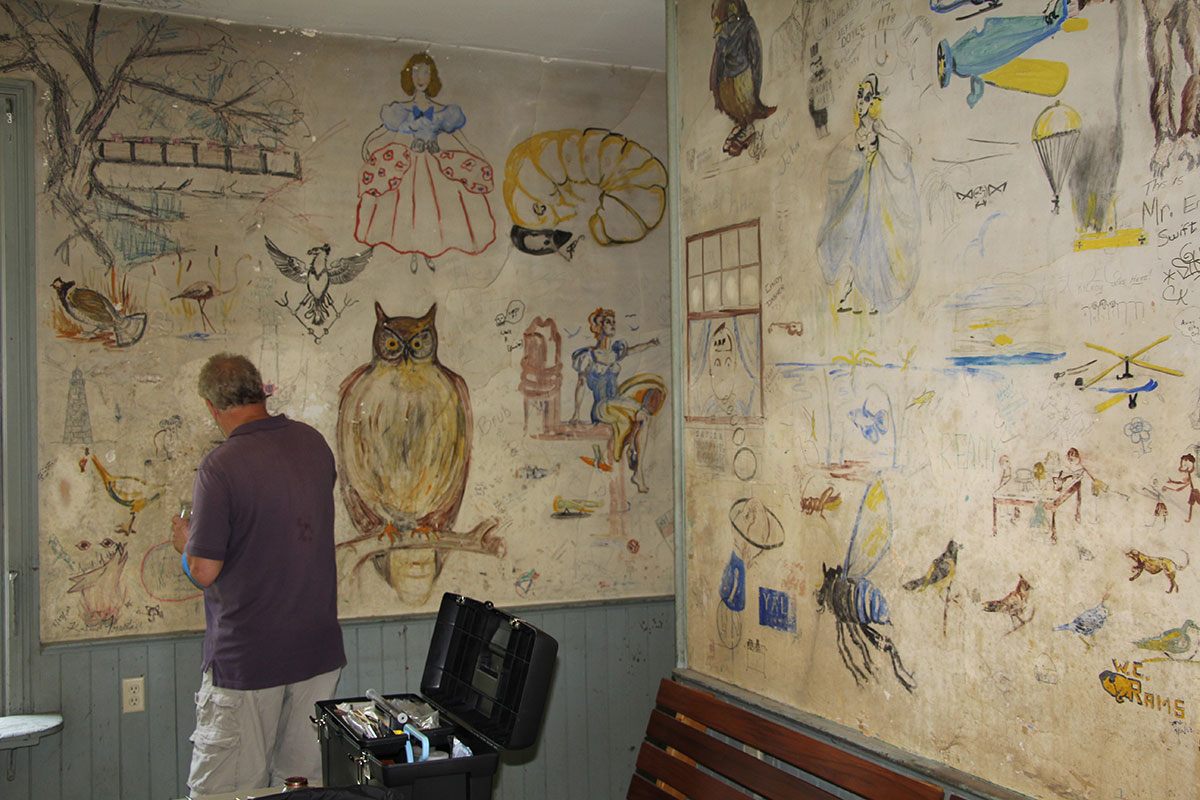 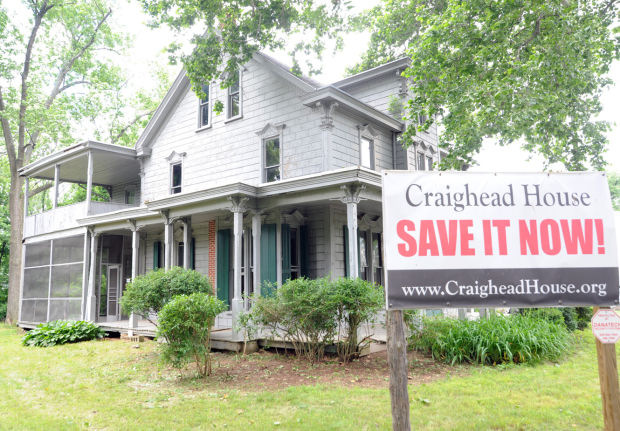 Craighead House is a late-Victorian home near Boiling Springs, PA.  Frank Craighead, “Scholar of the Everglades,” was born and raised here. His daughter, Jean Craighead George, began writing at Craighead House and was a Newbery Award-winning author of children’s books about nature. She wrote over 100 books for children and young adults including My Side of the Mountain.

Cleaning and consolidation tests were performed before the conservation work was executed. A temporary wall was constructed for bracing which was used for the areas of the wall where plaster had detached from the lathe strips. The plaster was then braced on the interior of the house before the exterior wooden siding was then removed. Holes were drilled through the lathe into the back side of the plaster where a bonding agent was used to re- key the failing plaster. After the plaster was secured the bracing was removed and the siding was reinstalled.