B.R. Howard was contracted by the National Park Service to conserve an original 1914 Detroit Electric owned by Thomas Edison. The car is located at the Thomas Edison National Historical Park at his Glenmont Estate. The garage housing his vehicles was recently restored and is now open to the public. 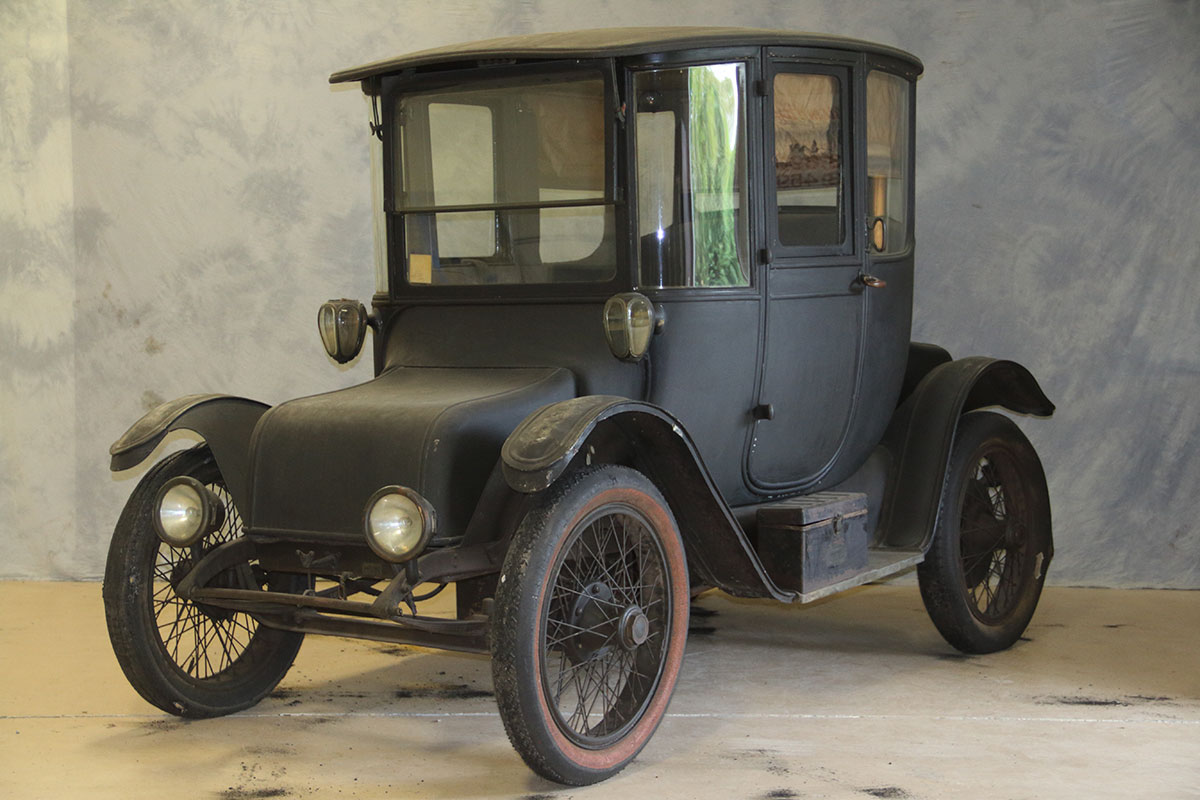 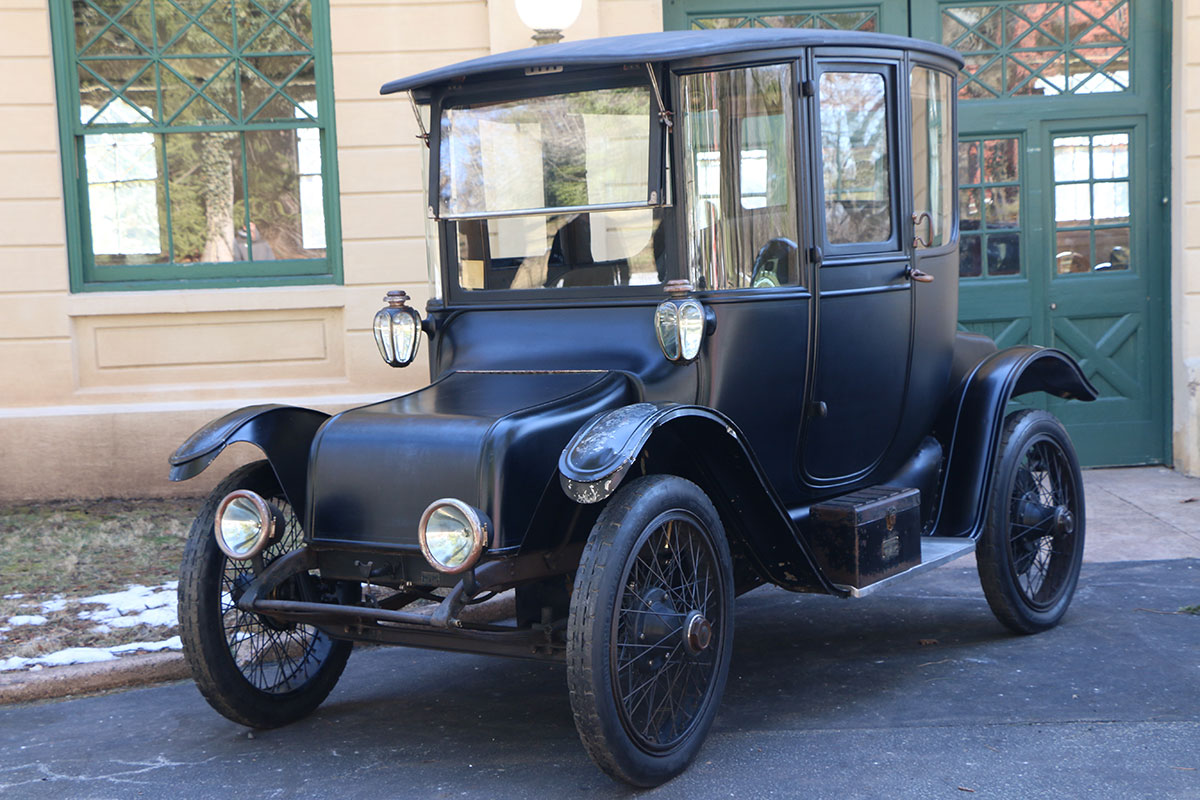 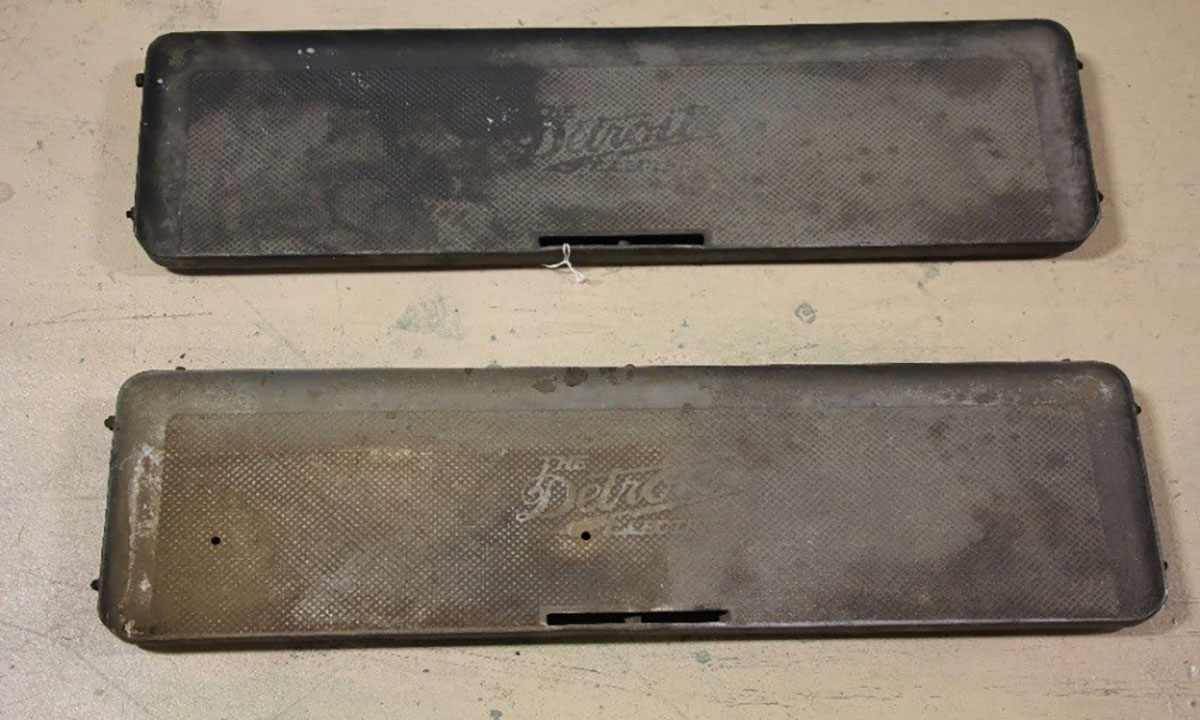 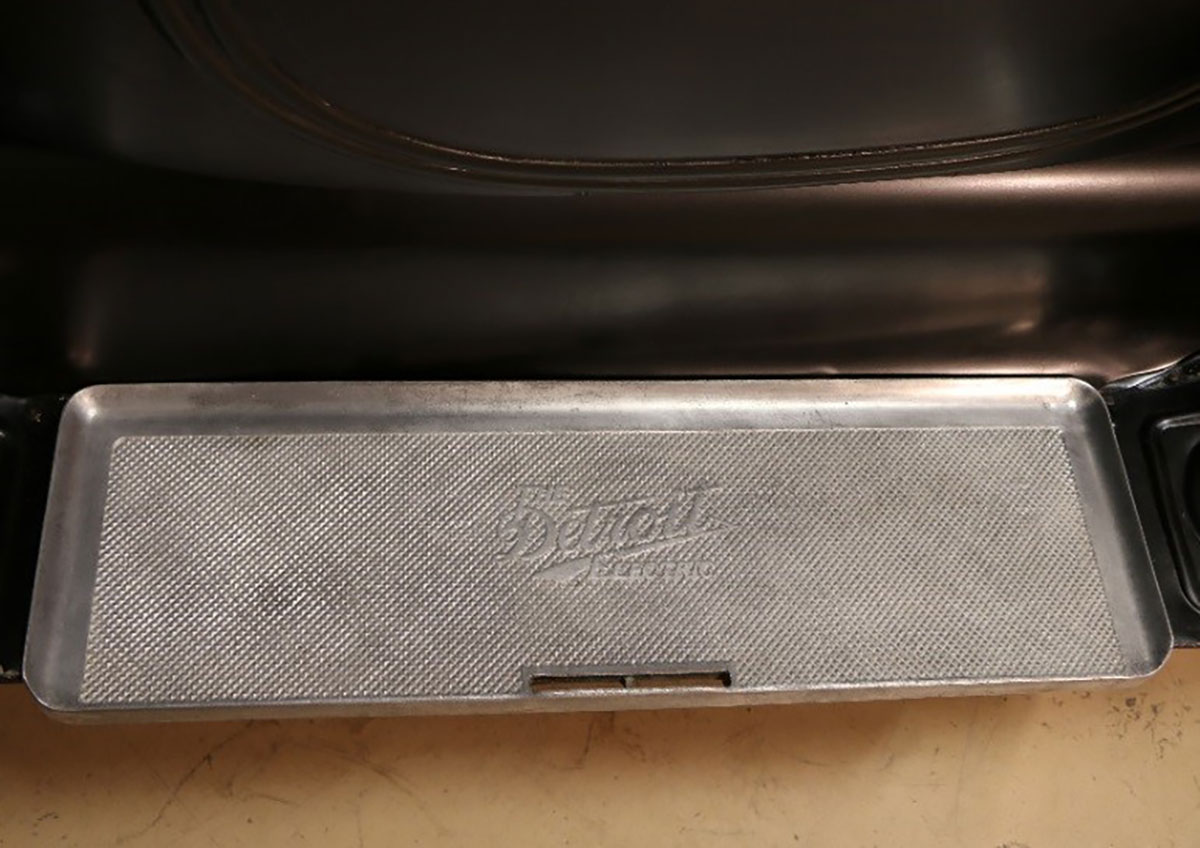 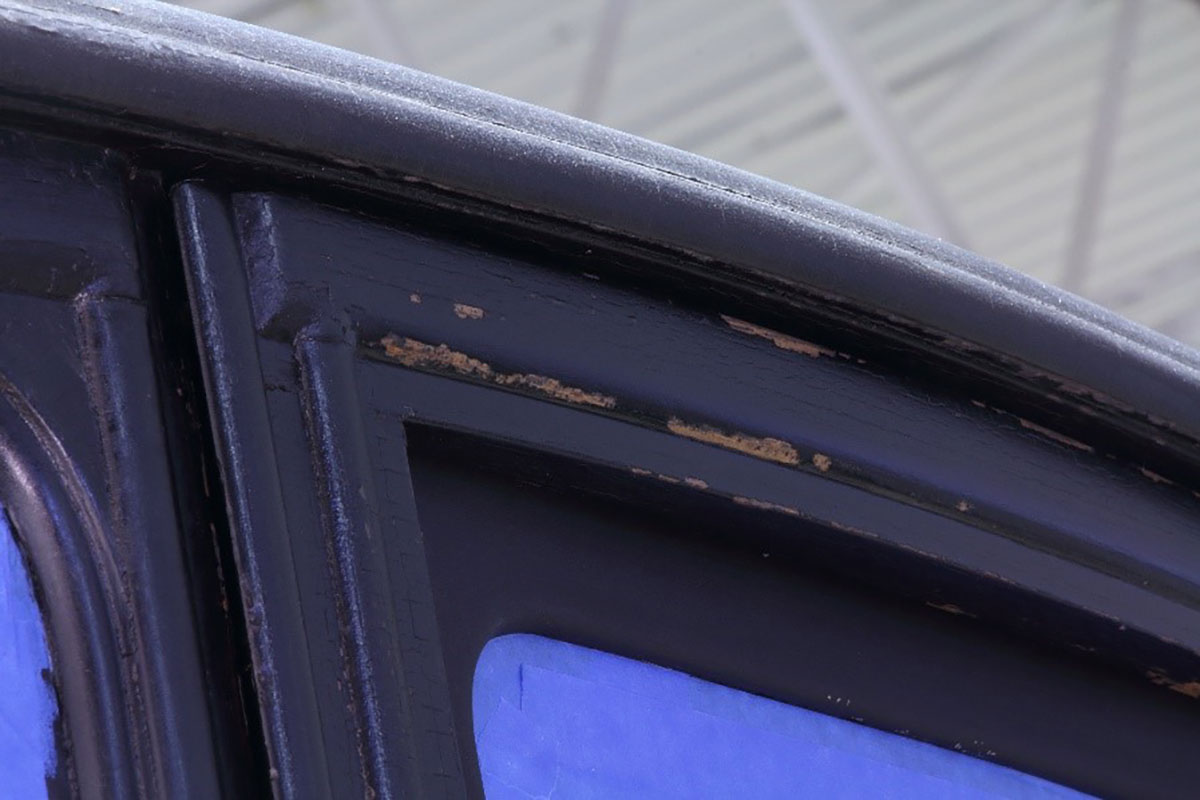 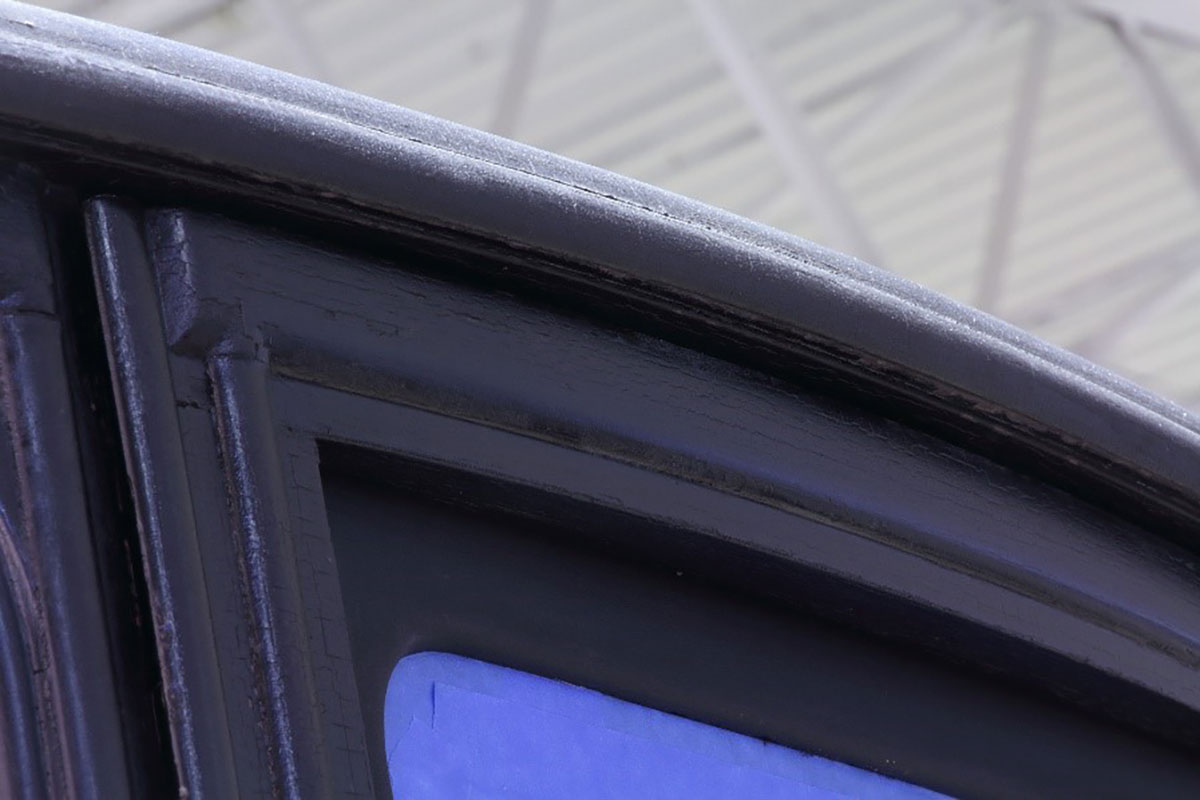 The 1914 Brougham arrived at our studio where it was extensively documented and photographed. Paint samples were gathered and sent for microscopic cross sectional analysis in an effort to determine if the car had ever been repainted. The photomicrographs revealed that the vehicle had been repainted a few times throughout its history in different shades or blues which were hidden beneath an unevenly applied darken varnish layers.

Localized aqueous based cleaning tests were performed on the surface of the car and a method was discovered that allowed the varnish layers to be safely removed exposing a dark blue paint. The areas of lifting and tenting paint were locally consolidated and re-adhered to the substrate and areas of loss were in-painted to patch.

The fenders, running boards, battery hoods, and lamps were carefully removed from the vehicle to facilitate treatment; all original fasteners were labeled and retained for re-assembly.

The chassis and components were covered in a heavy accumulation of dirt, grime, and hardened oils. Surfaces were thoroughly cleaned using dry ice blasting,  solvents and mechanical methods. 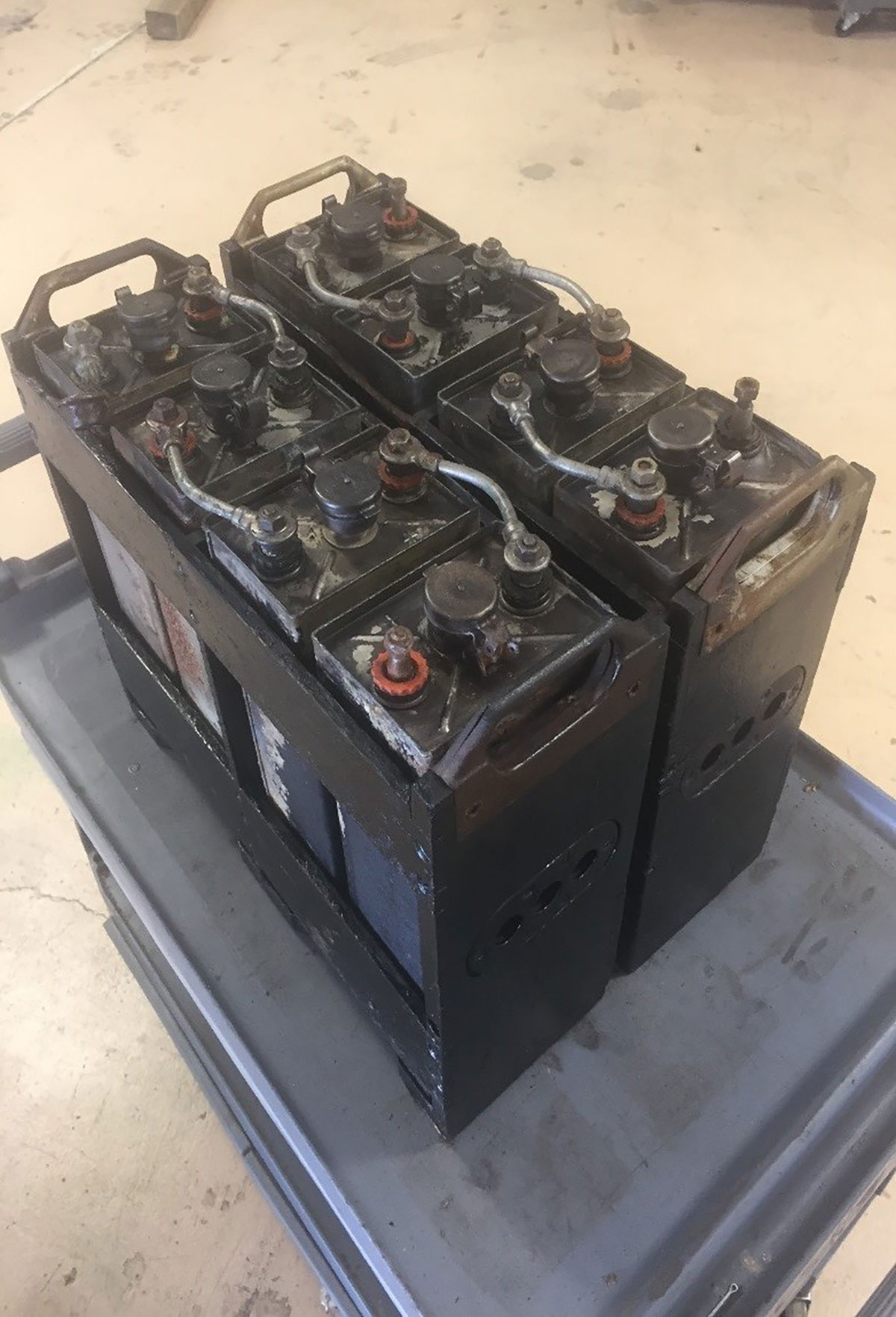 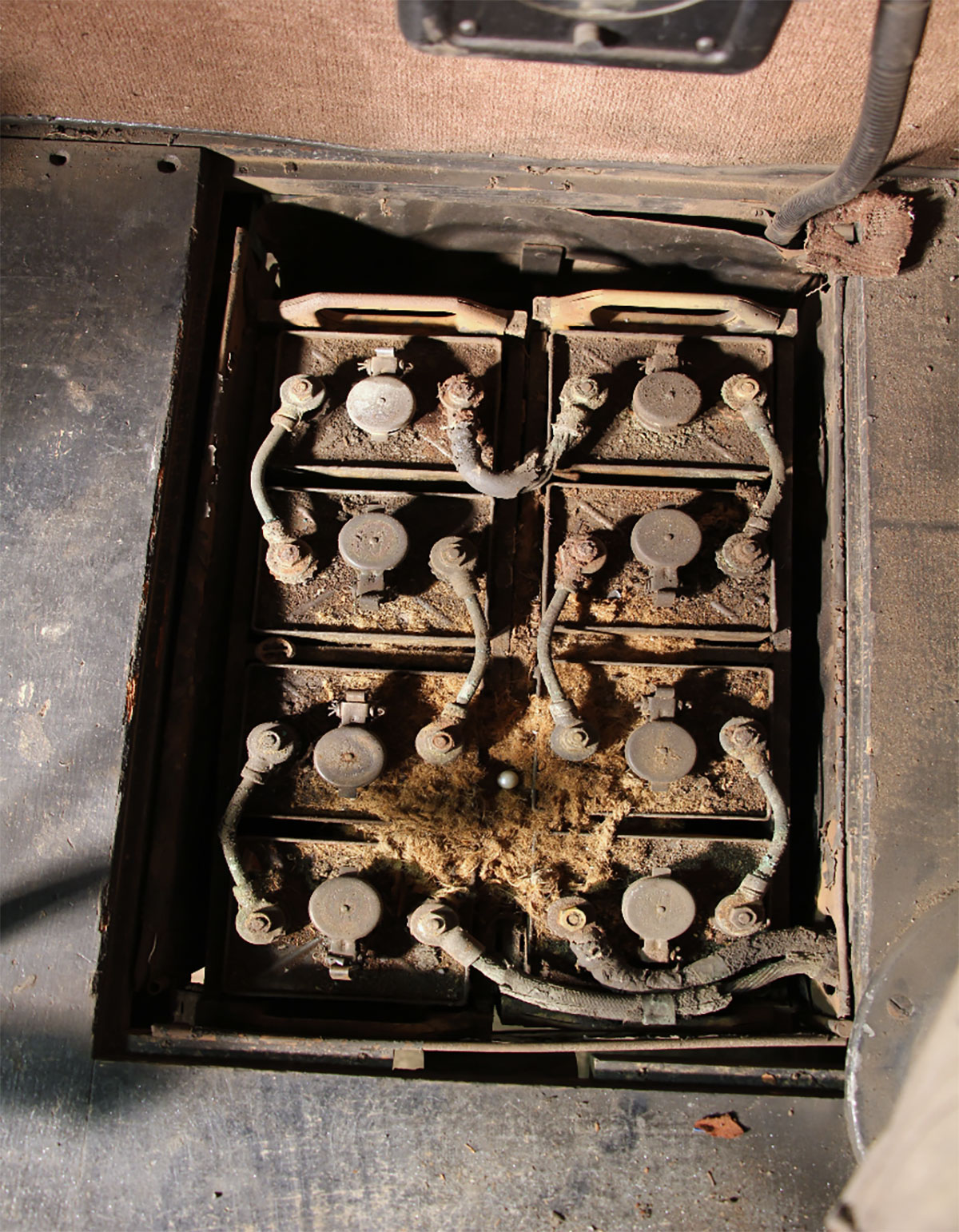 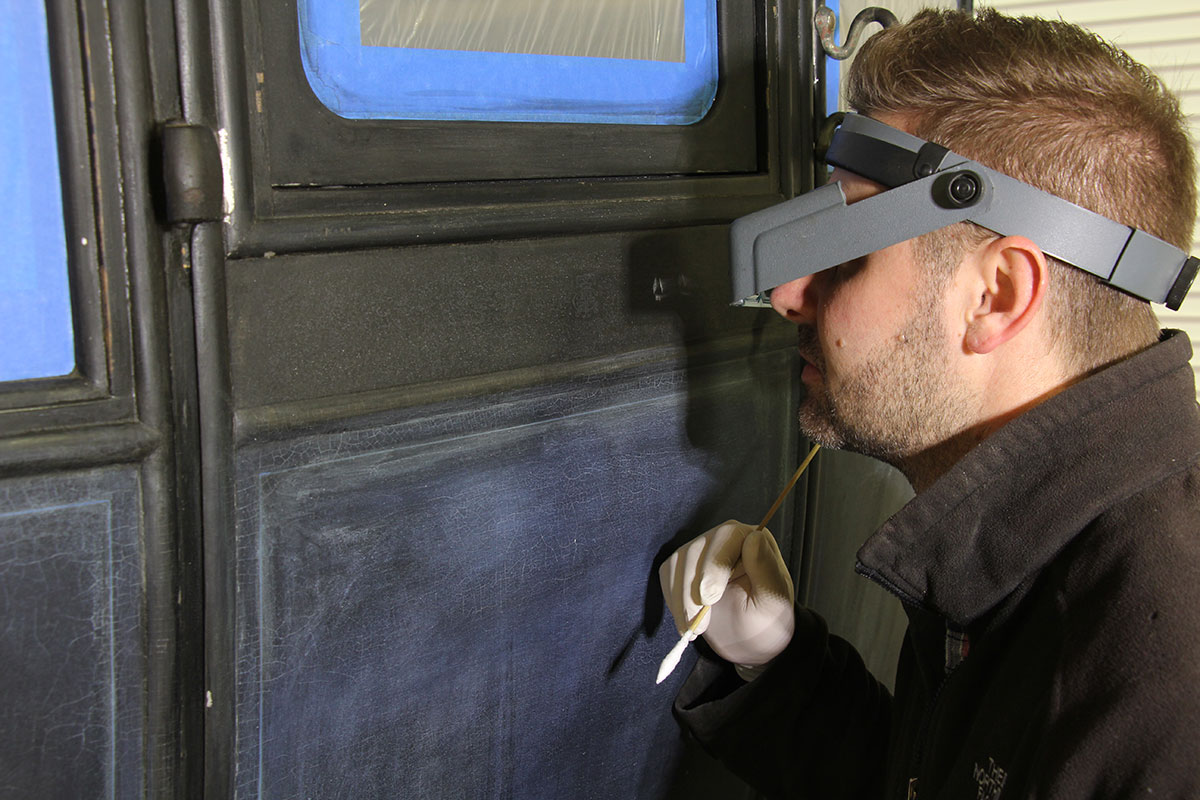 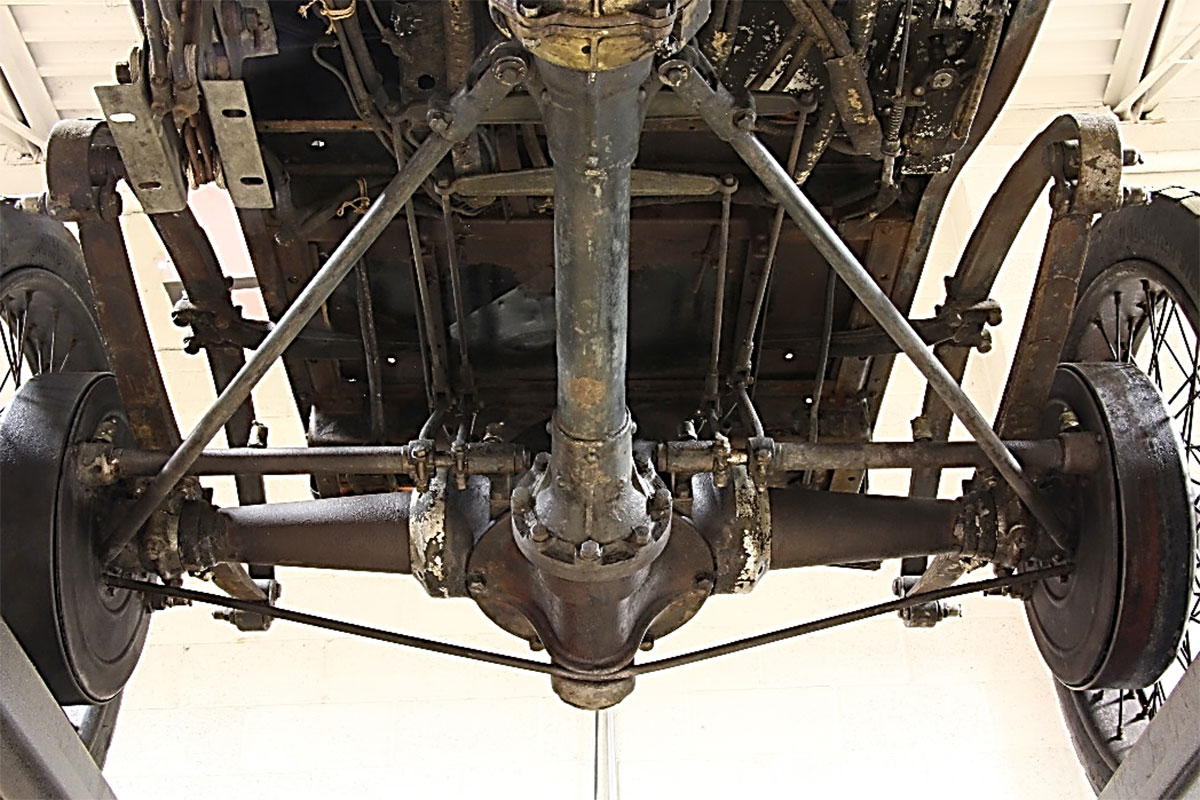 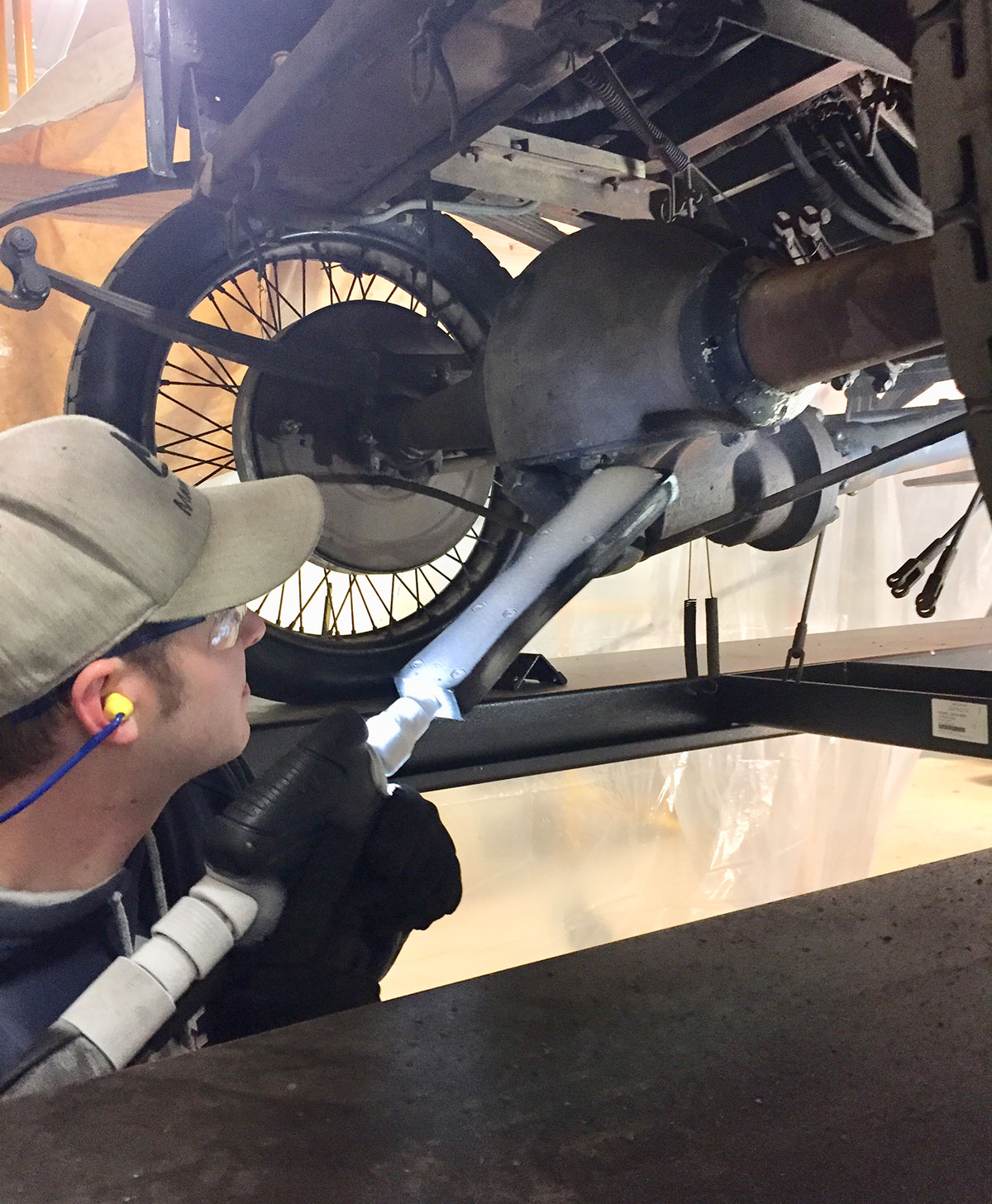 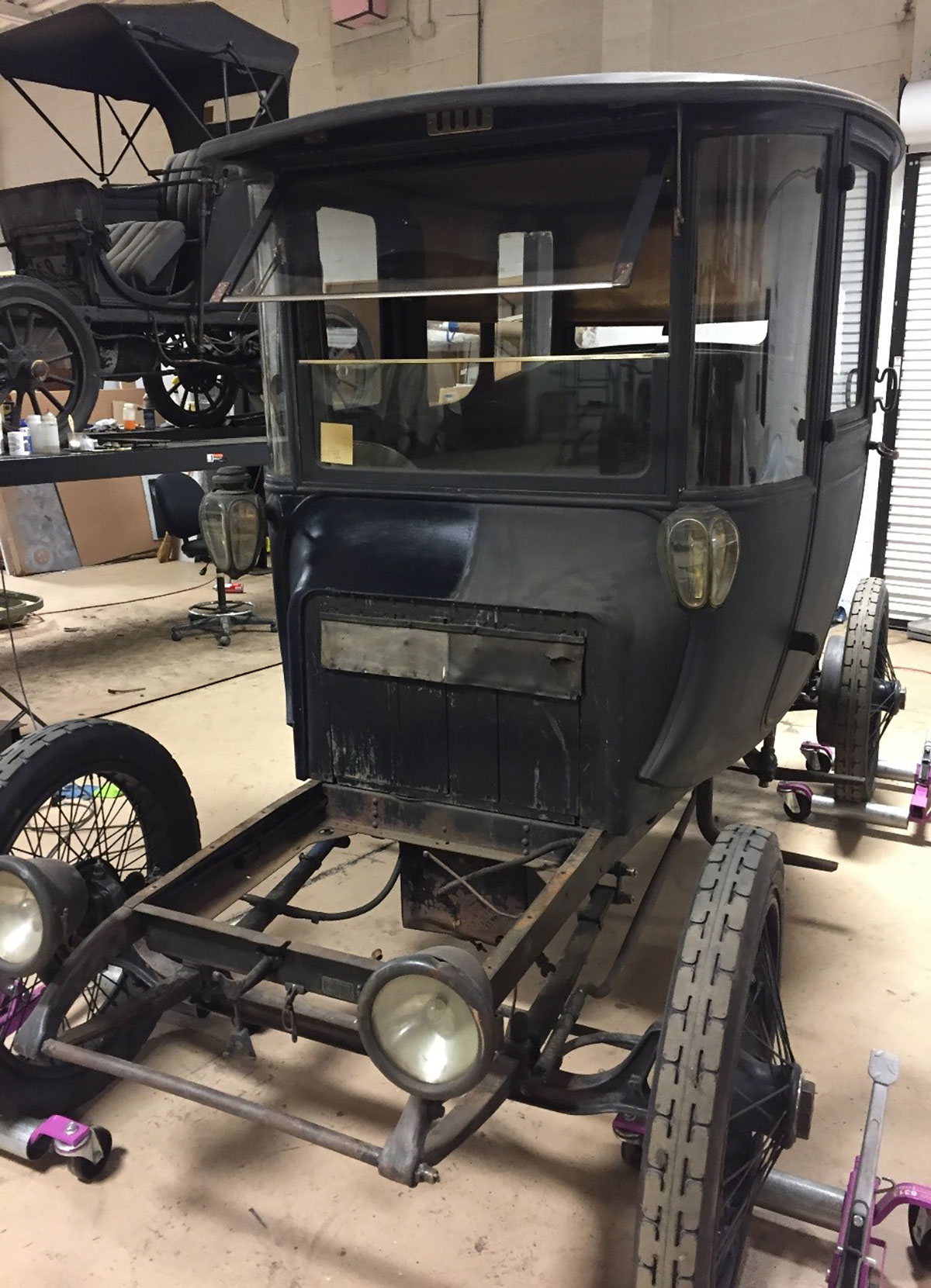 The original batteries were drained, flushed, and neutralized. The lamps and tarnished metals were cleaned and lacquered. Missing lamp components were cast and plated. The original tires had badly deteriorated and were replaced. The originals were retained in archival storage boxes. The interior textiles were also cleaned and stabilized.

After all conservation work had been performed the car was reassembled and returned to the client along with a detailed report.