Lafayette College contracted with BRH to perform a collection assessment and perform conservation treatments on a number of different objects. One of the treatments were a group of footballs that the college planned on exhibiting in display cases. 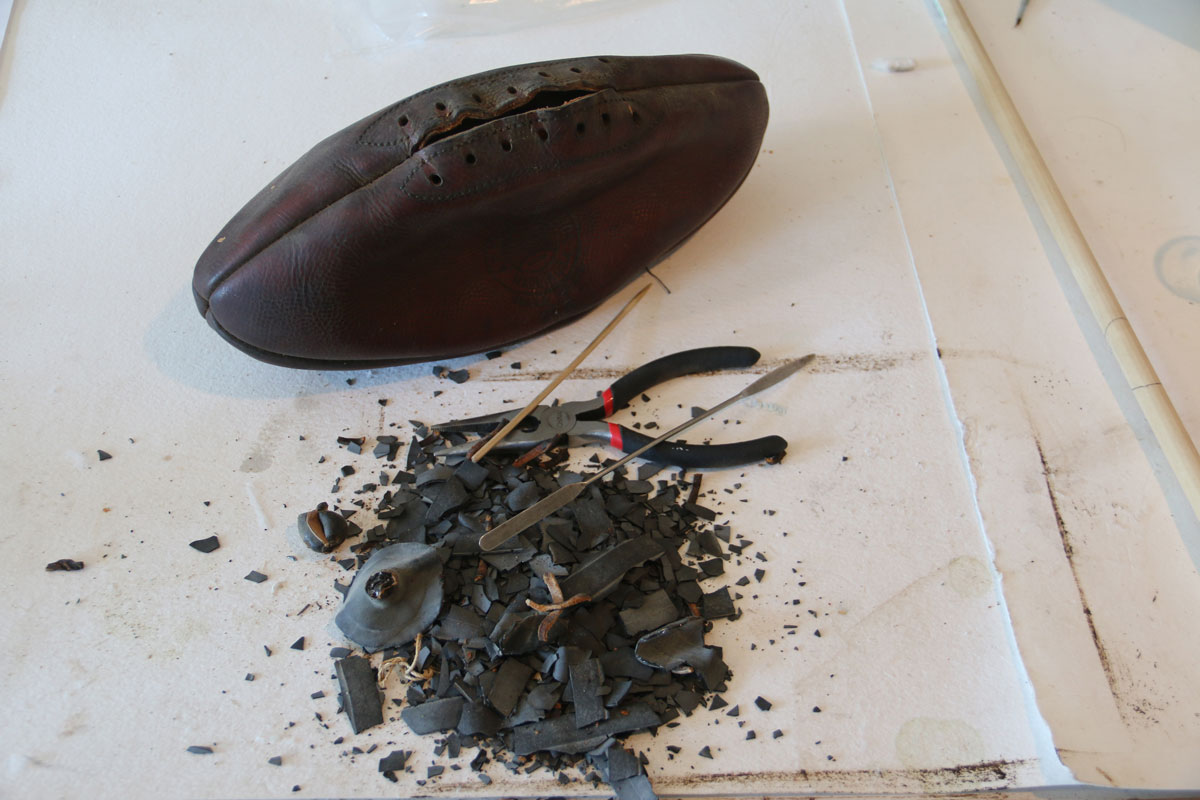 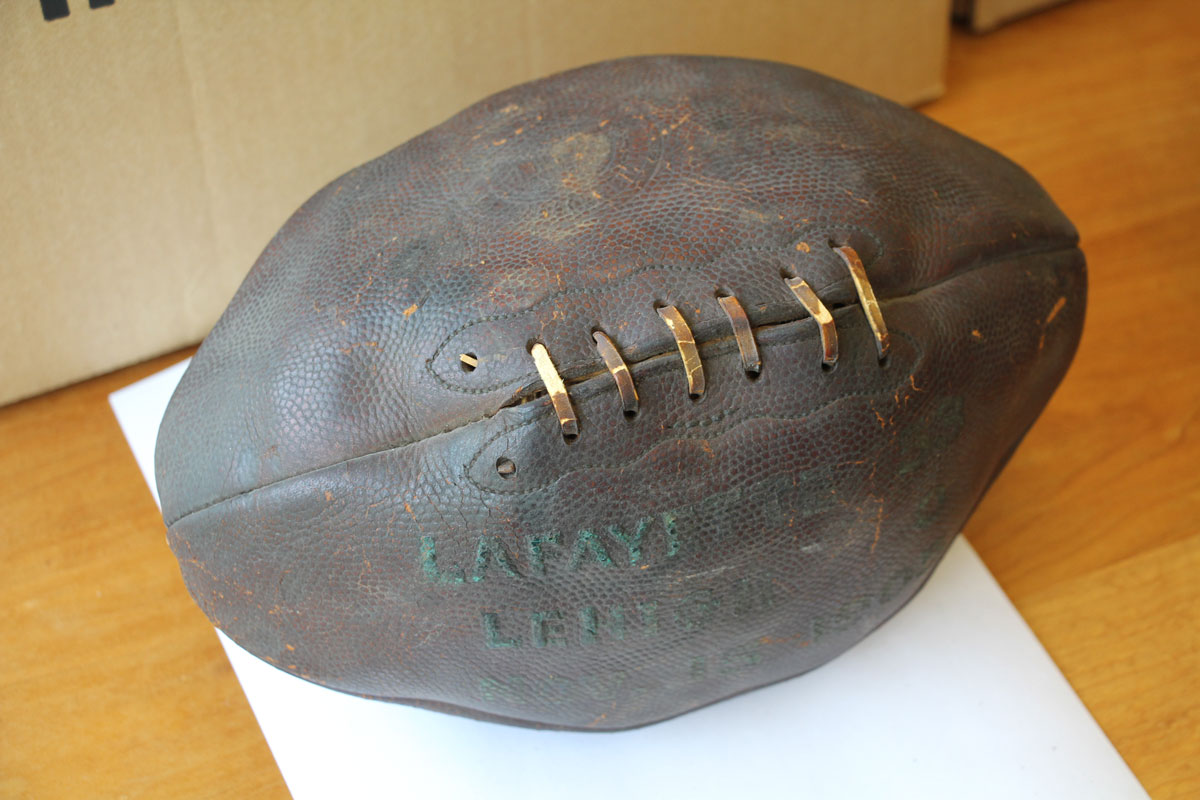 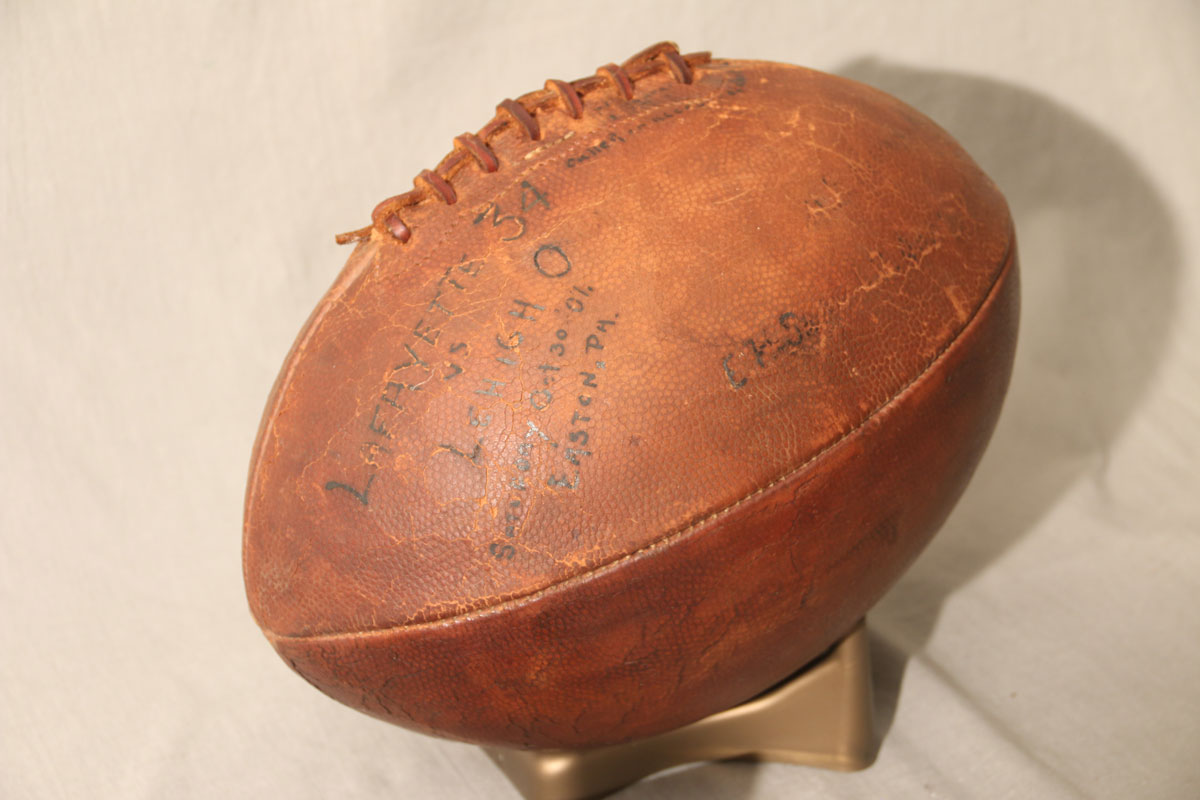 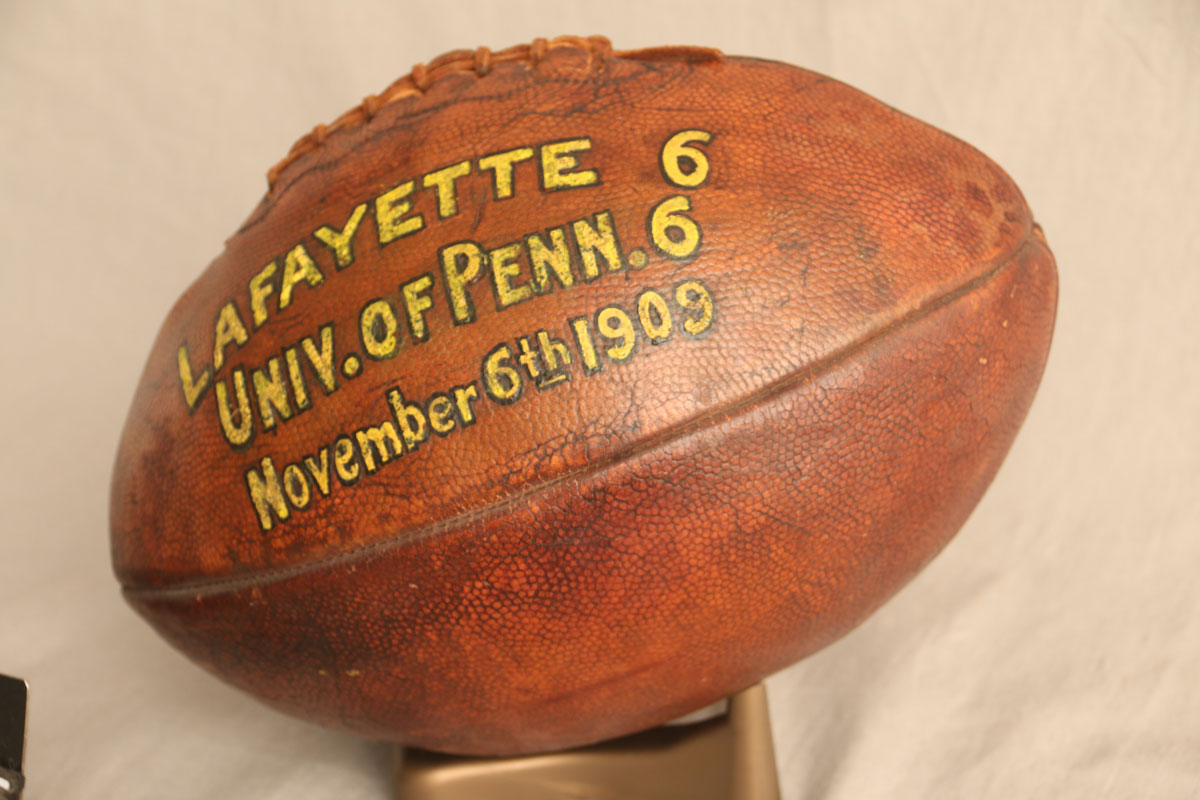 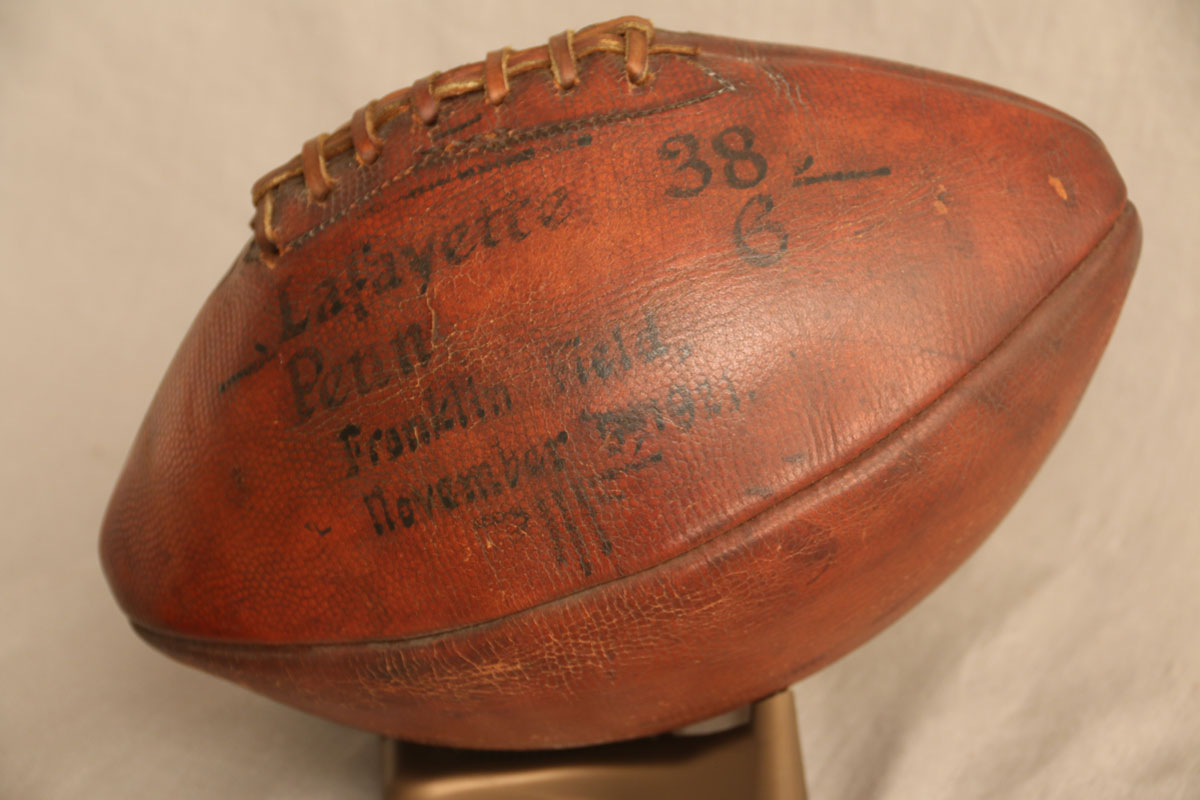 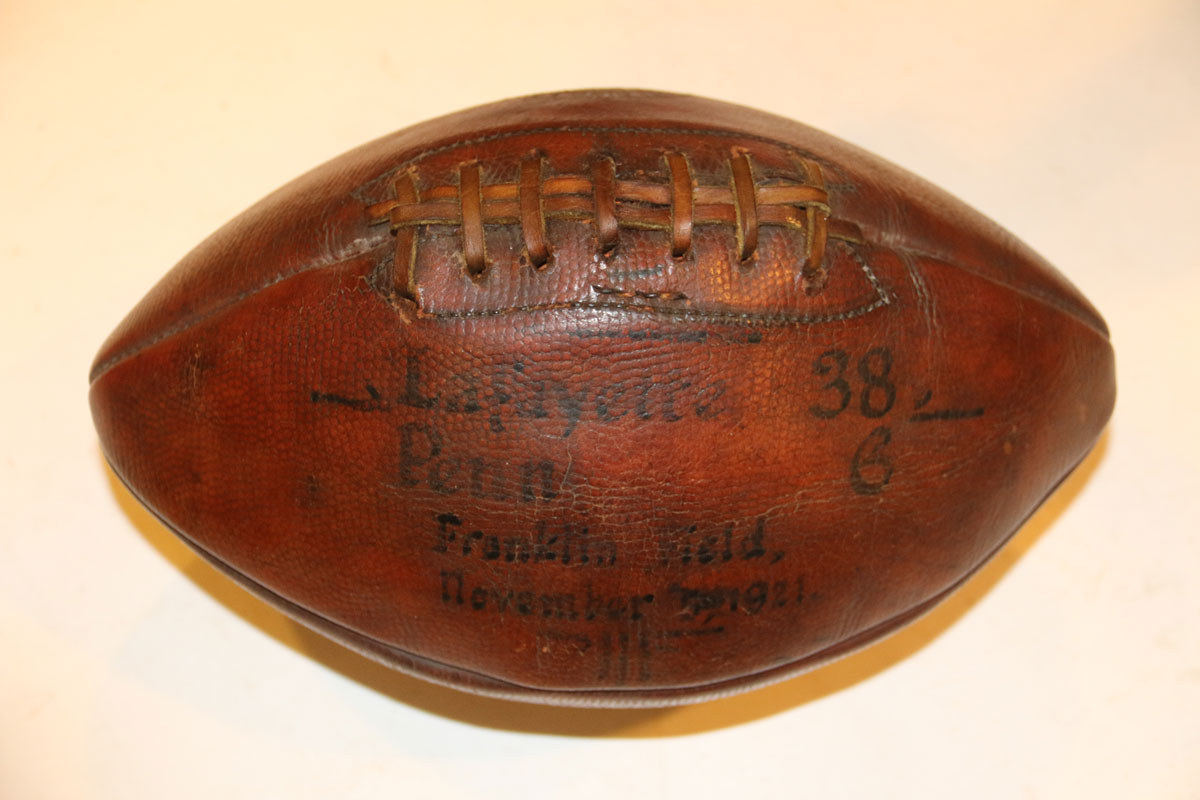 Several of the historic footballs that were sent to our lab were misshapen as the rubber bladders had deteriorated, others had been stuffed in an attempt to give them shape. They had all been in storage and needed to be surface cleaned.

Cleaning tests were performed to give the balls a more uniform in appearance and make the inscriptions appear more legible that had been hidden beneath dirt and hardened leather dressings. The stuffing and deteriorated rubber bladders were removed and rugby bladders were inserted inside the balls. Rugby bladders fit the shape and size of the historic balls much closer that our modern football bladders. Some of the balls had to have reproduction lacings inserted as the original ones were missing. The footballs were then returned to the college for display.