BRH was contracted by the Studebaker to conserve their 1909 backward-forward car (Peggy). It is an electric powered, chain driven vehicle which was once used in the tunnel that connected the U. S. Capitol and the Senate office building.  The vehicle could accommodate 8 passengers plus a driver. It had a limited turning radius; therefore, the driver could switch positions to the opposite side, allowing them to operate in a forward-facing orientation regardless of the previous direction it had been traveling. 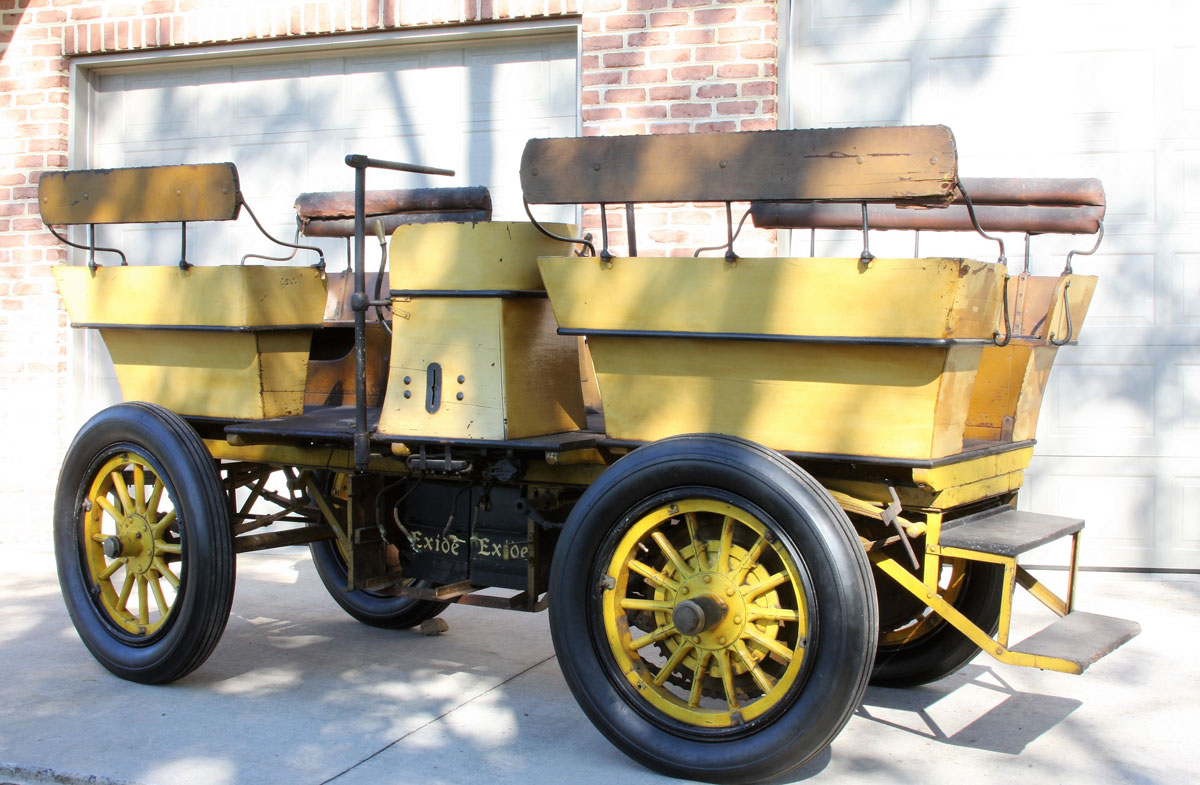 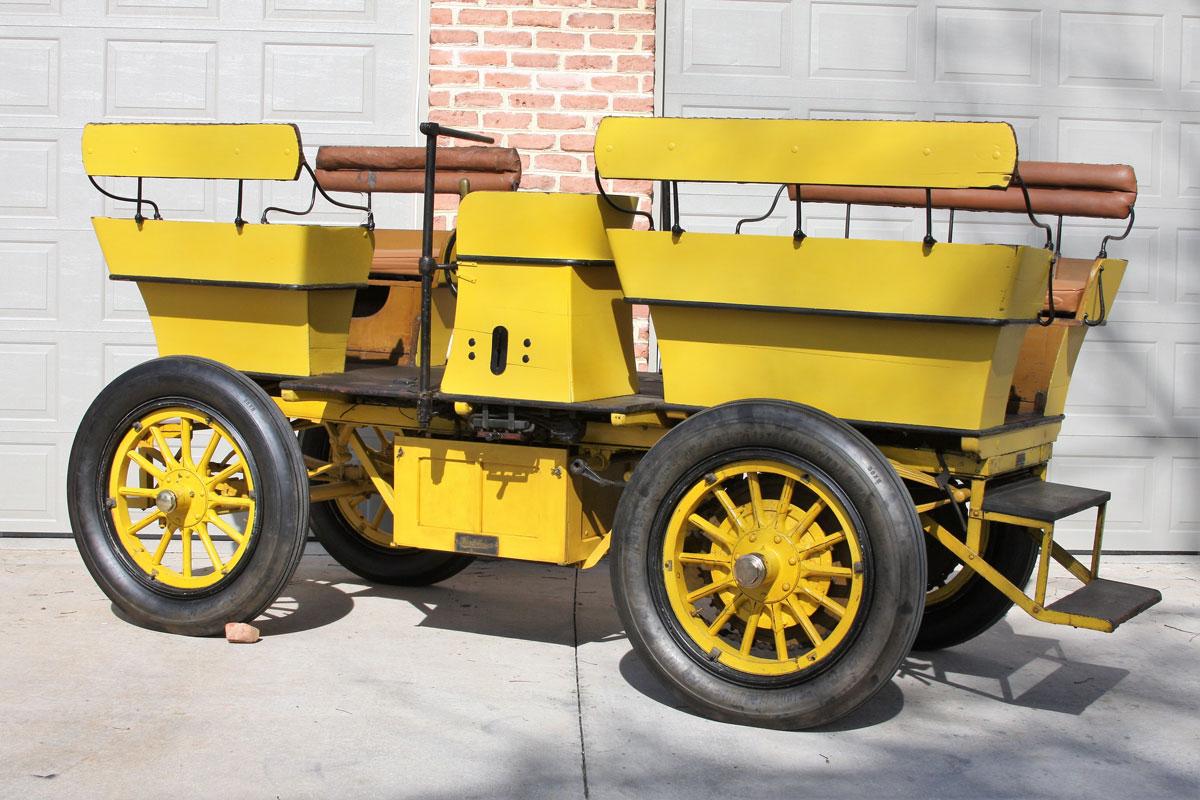 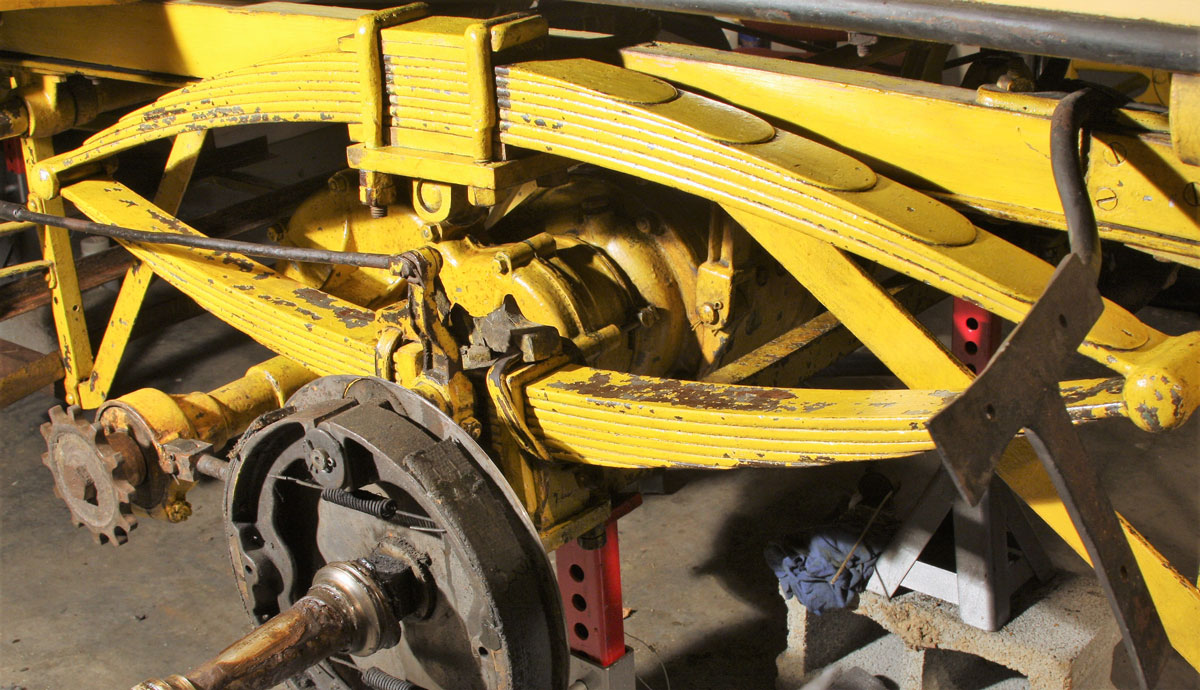 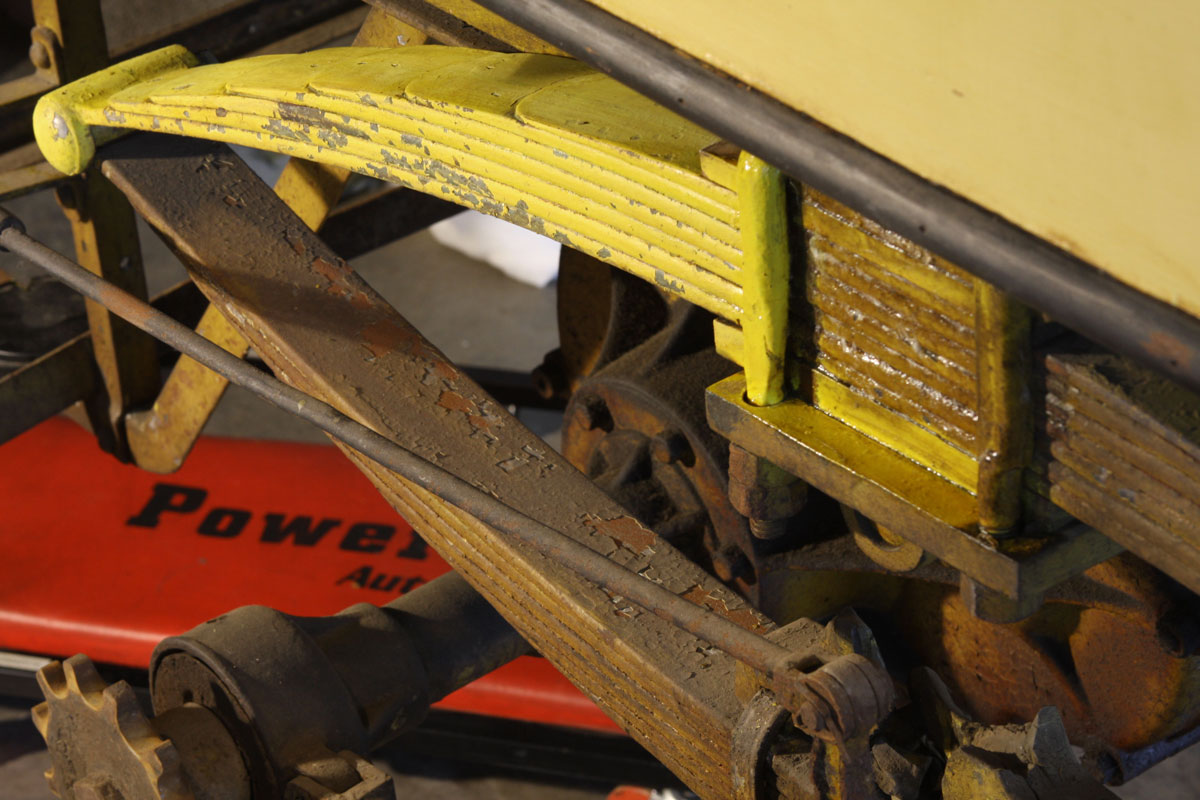 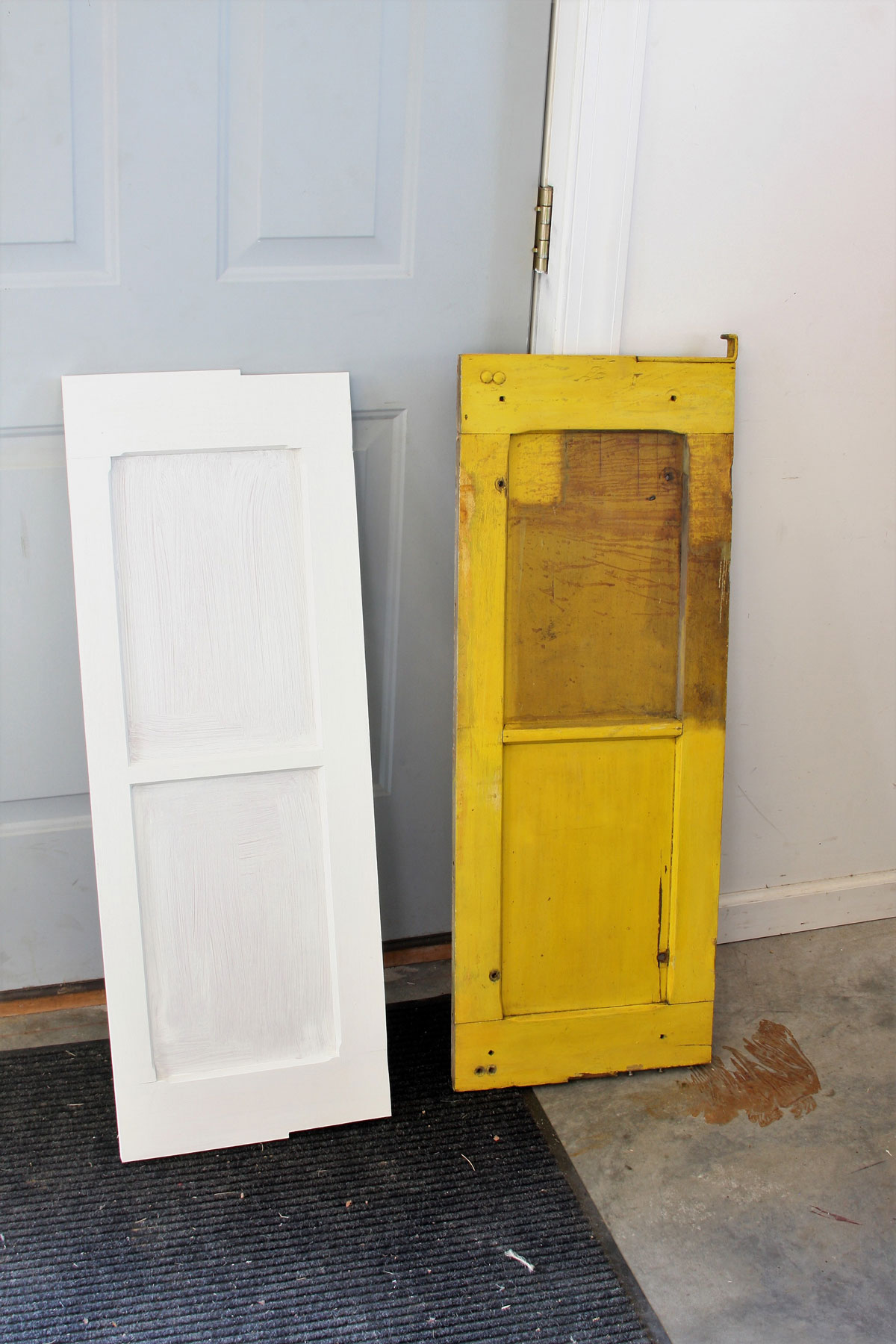 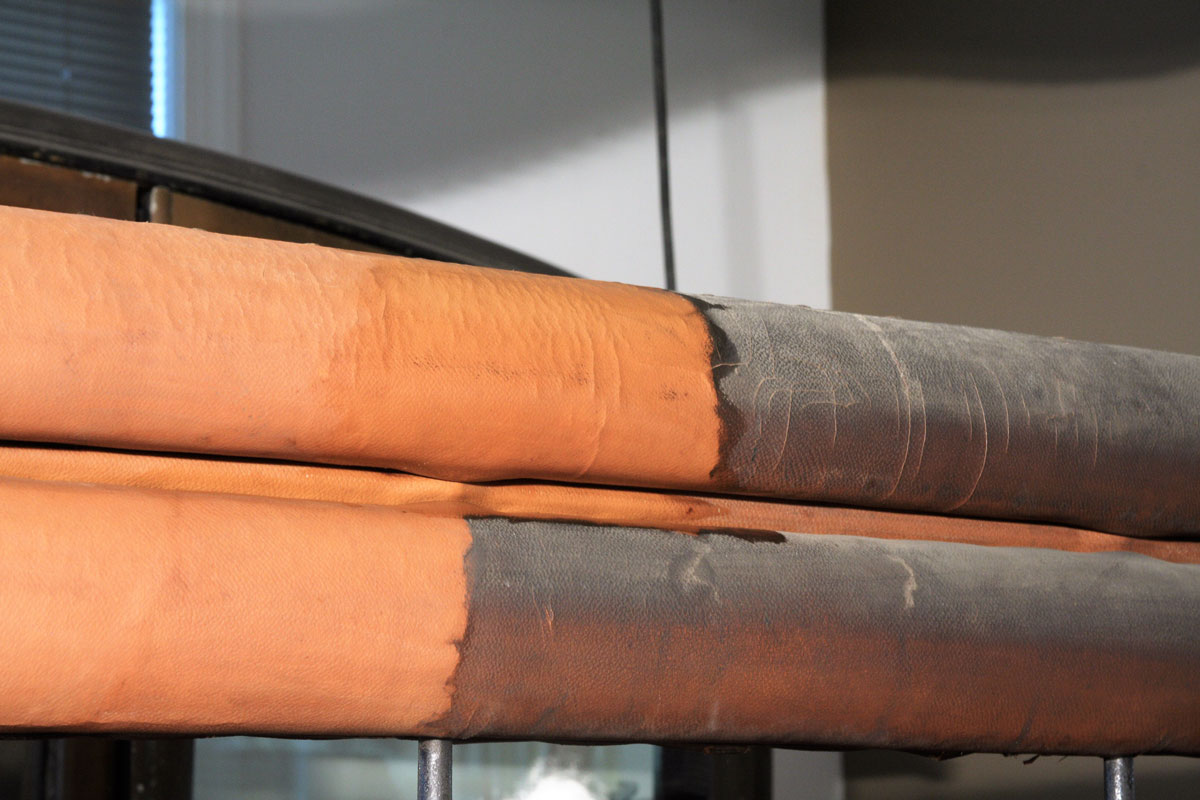 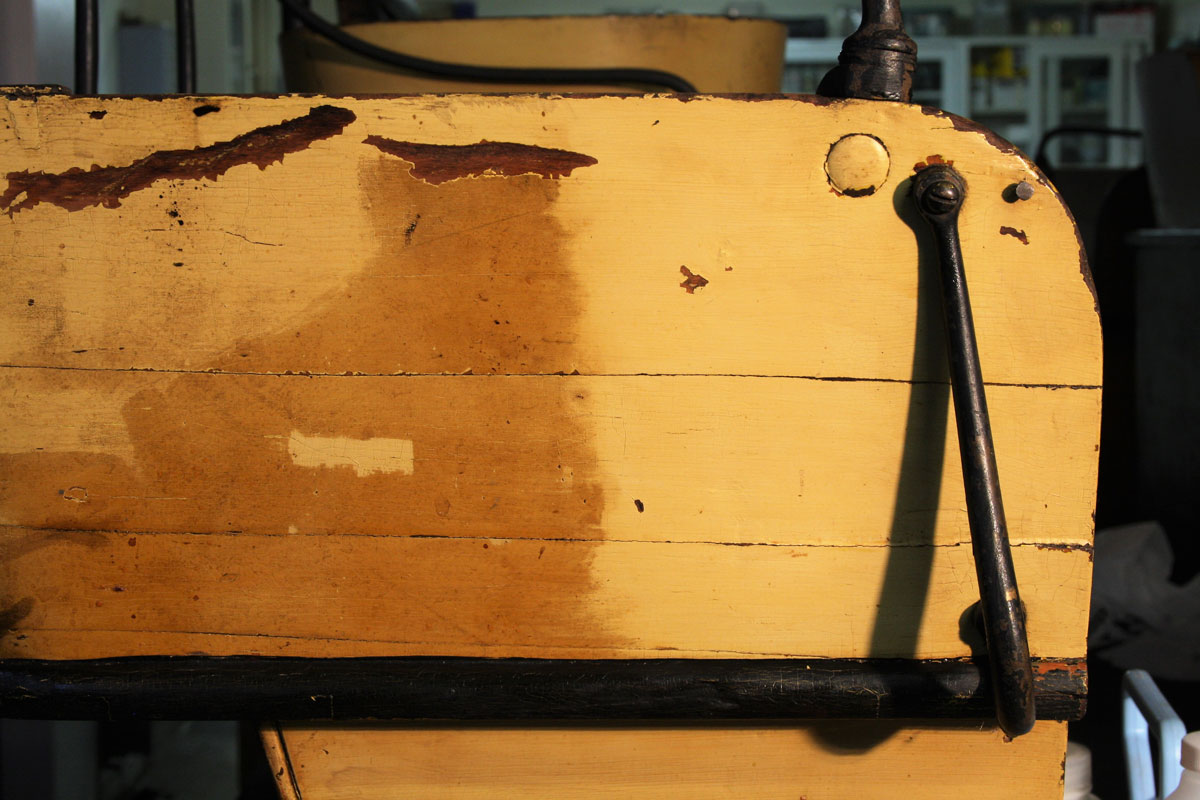 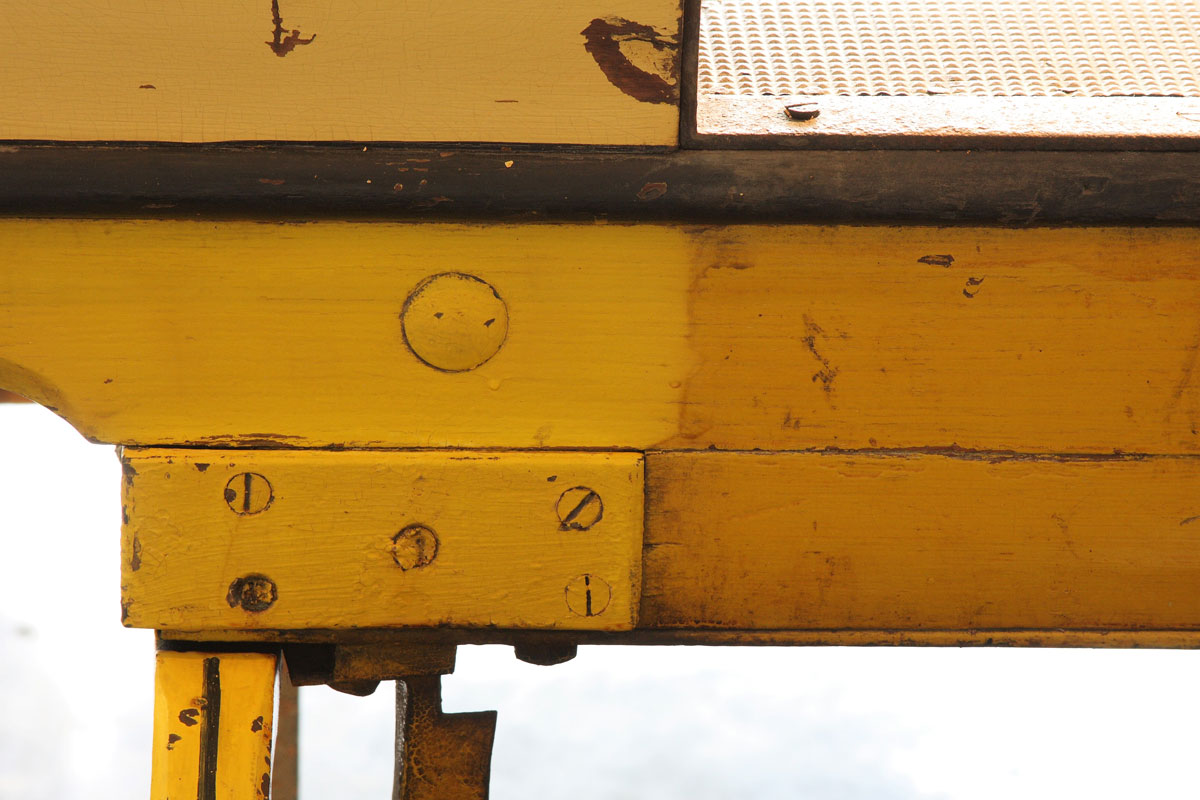 The vehicle was in stable condition even though it had been repainted several times.  The car was originally produced with a natural colored wooden body and burgundy chassis. A sloppily applied darkened varnish now covered all painted body panels and all surfaces were covered with an accumulated dirt and grime layer.  Numerous scrapes, abrasions and areas of flaking paint were seen over much of the car. The battery box panels were missing along with several of the cast maker and model tags.  The interior seat back support and arm rests were bent, and the upholstery contained tears and a darkened varnish layer applied over the surface.

The car was transported to BRH conservation lab where it was photo documented prior to beginning treatment.

All surfaces were vacuumed and cleaned to remove the embedded dust and grime. The darkened varnish that covered the painted surfaces and upholstery were removed with custom formulated aqueous solutions. The drive chain and wheels were to facilitate the cleaning and corrosion stabilization process on the chassis. The body was given a reversible clear protective isolation layer after flaking paint was consolidated and in-painted of losses were complete.

A trip was made to the Swigart Auto Museum in Pennsylvania because a “sister” backward forward car is part of their collection. Photographs and measurements were taken so that reproduction battery box panels could be constructed. Molds were also taken of the name plates so that the missing ones could be reproduced.

The seat brackets and armrests were straightened and the tears in the upholstery were stabilized and repaired. The vehicle was then protected and transported back to the museum where is was exhibited.