Built in 1864 by Wood Brothers, this carriage was given to President Abraham Lincoln before his second inauguration. It was this carriage that Lincoln and his fiancée rode in to Ford’s Theatre in 1865. The carriage is owned by the Studebaker National Museum and has been on loan to the Smithsonian, Indiana State Museum, and the Abraham Lincoln Presidential Library & Museum. 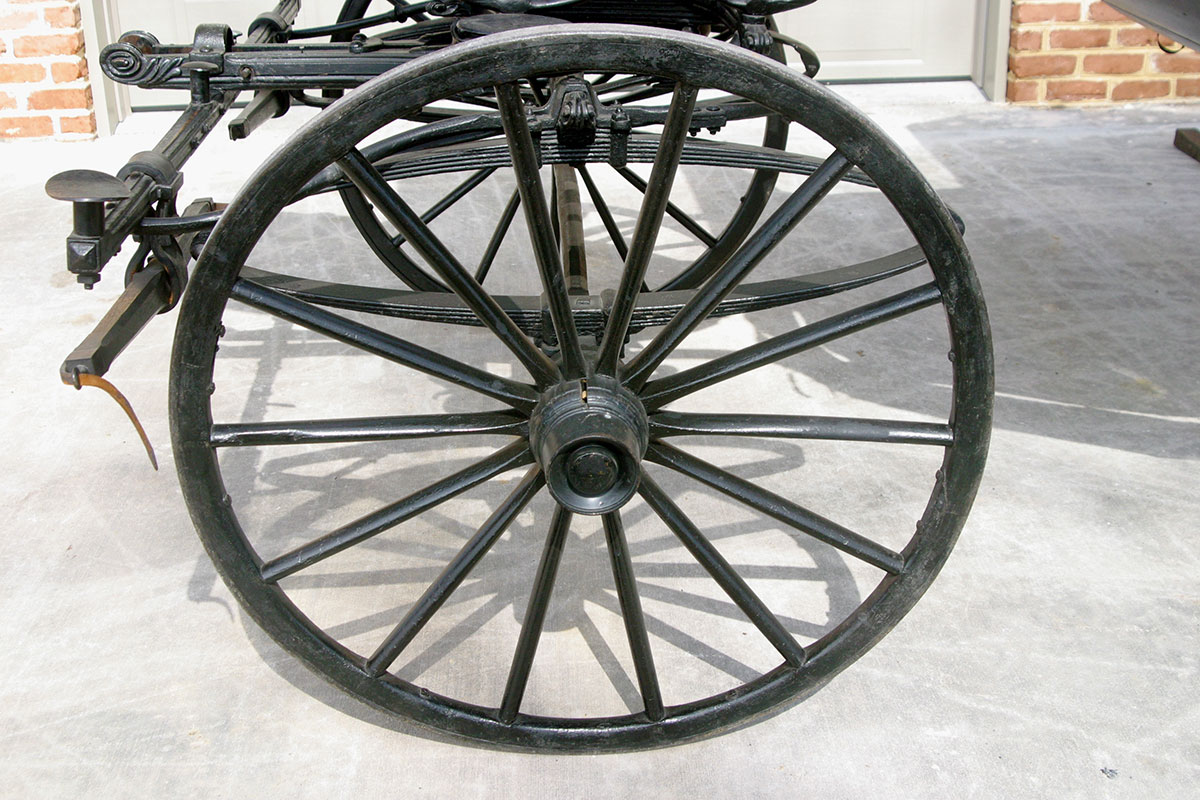 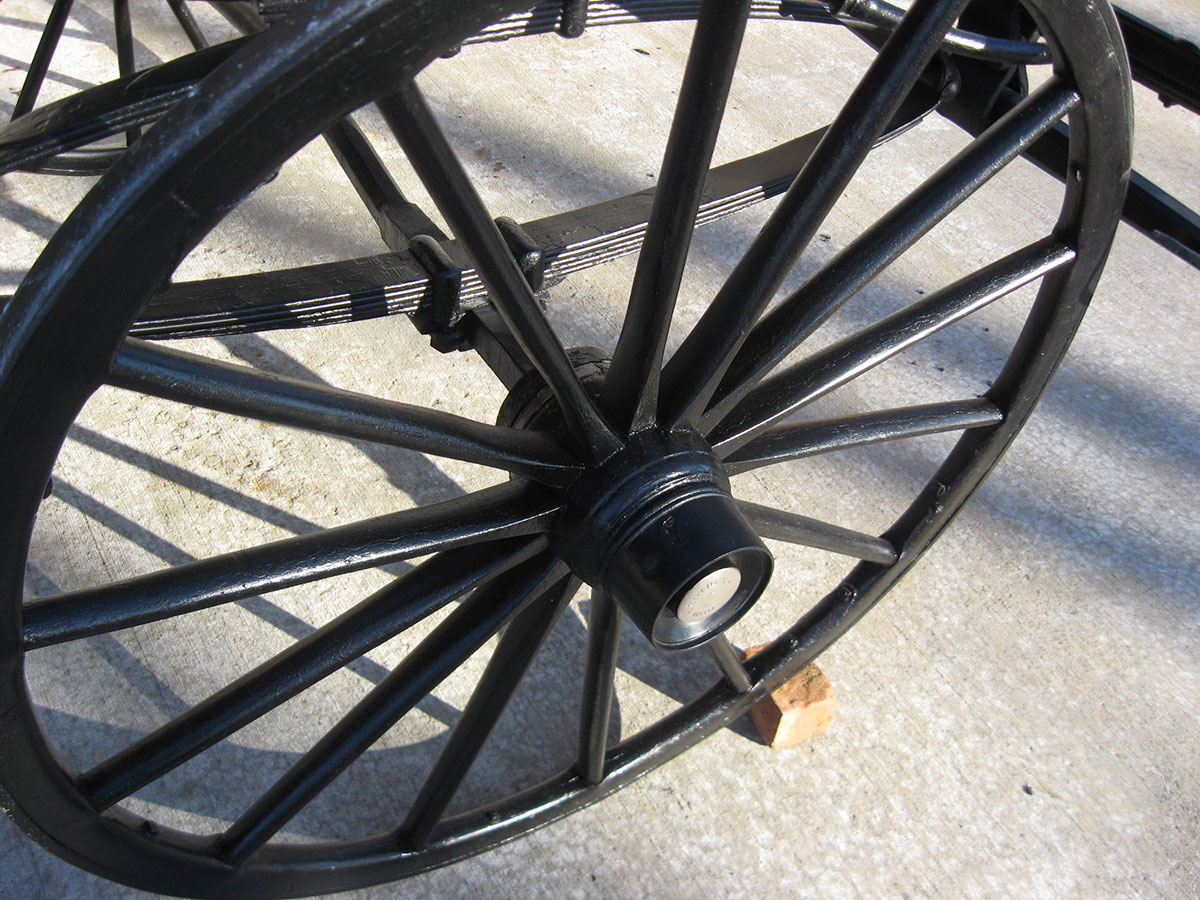 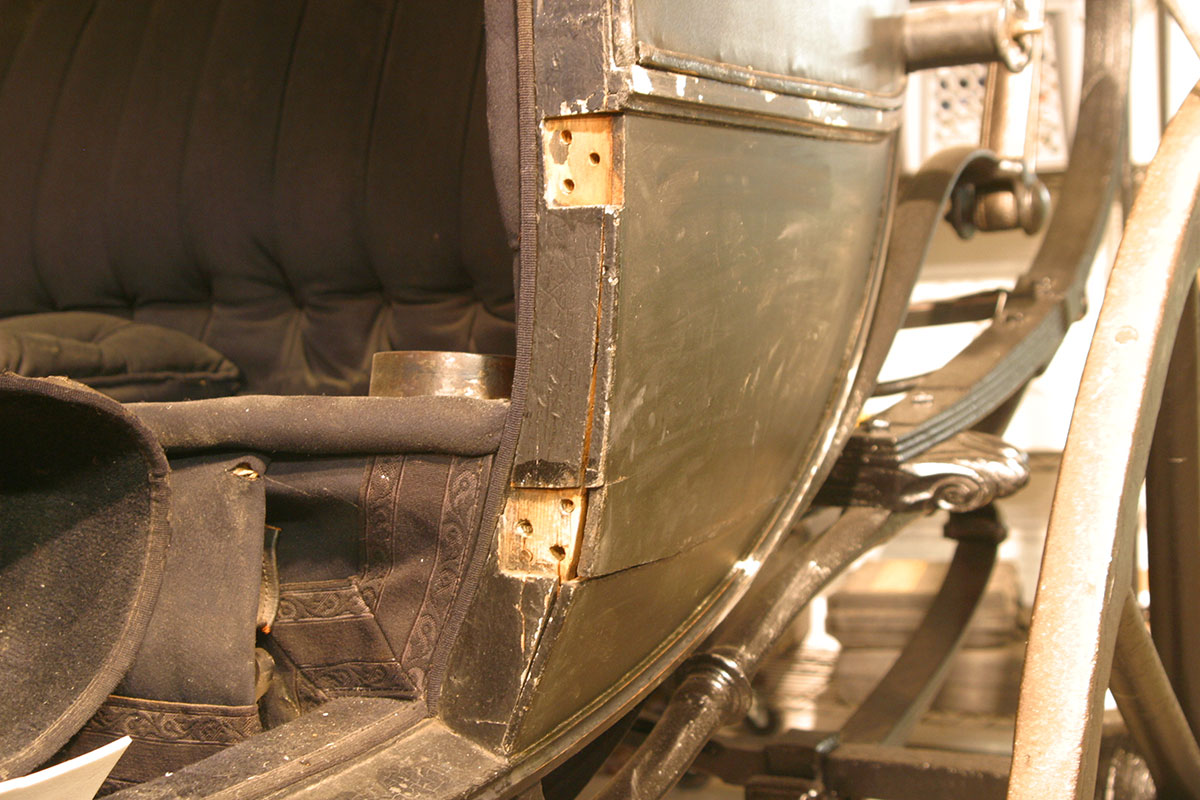 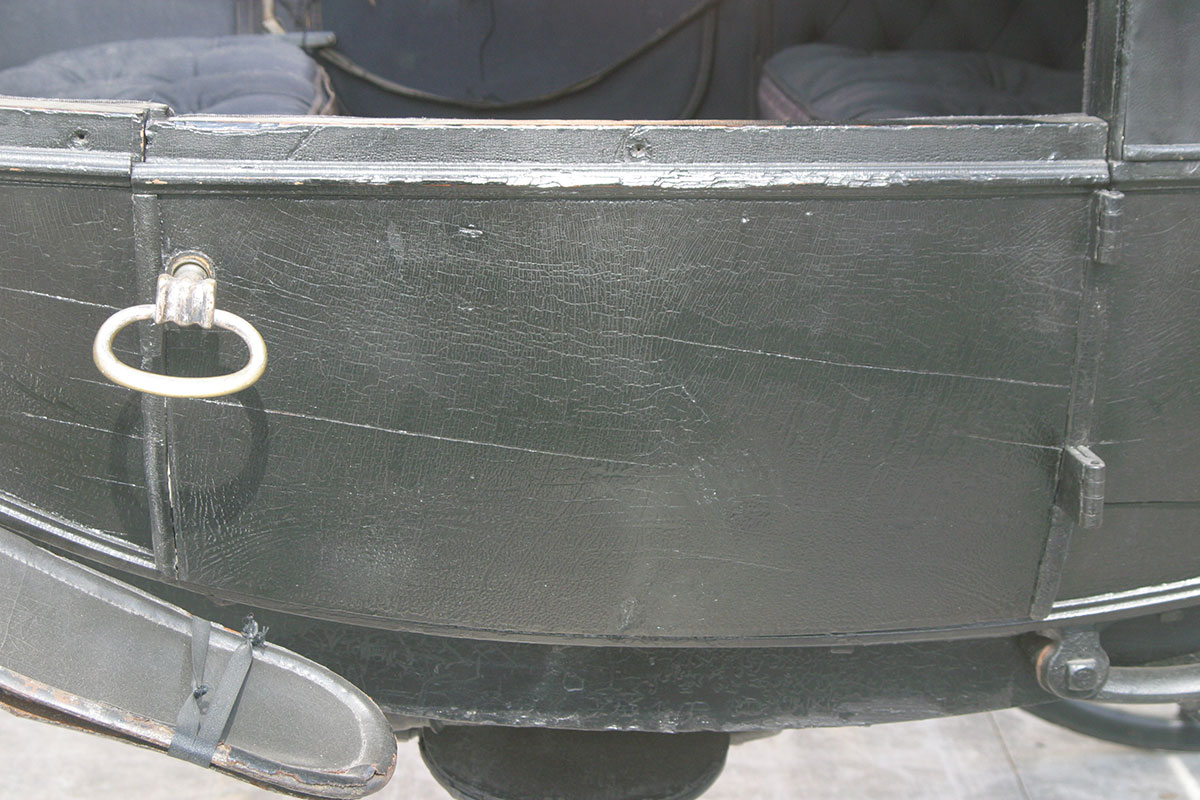 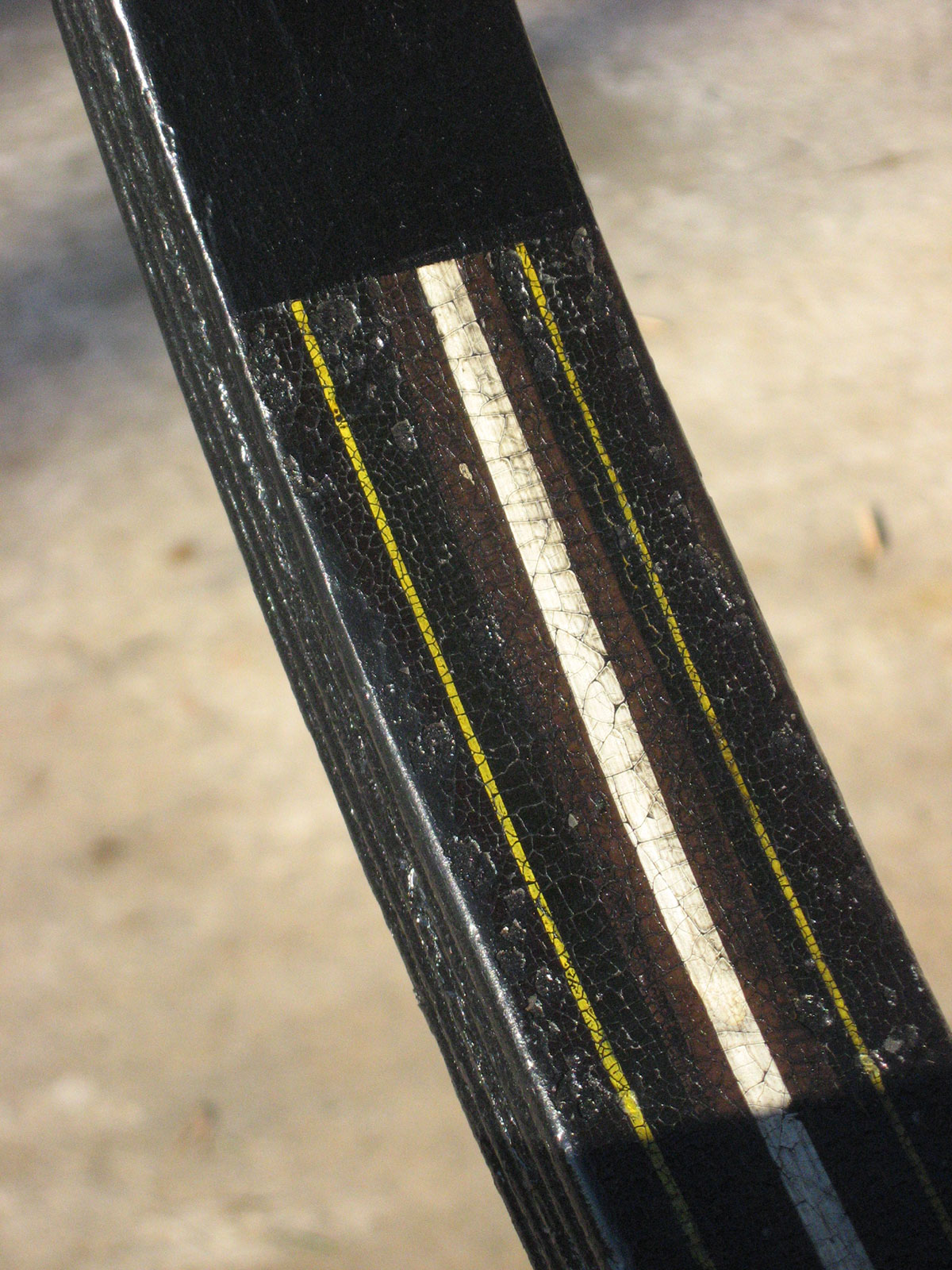 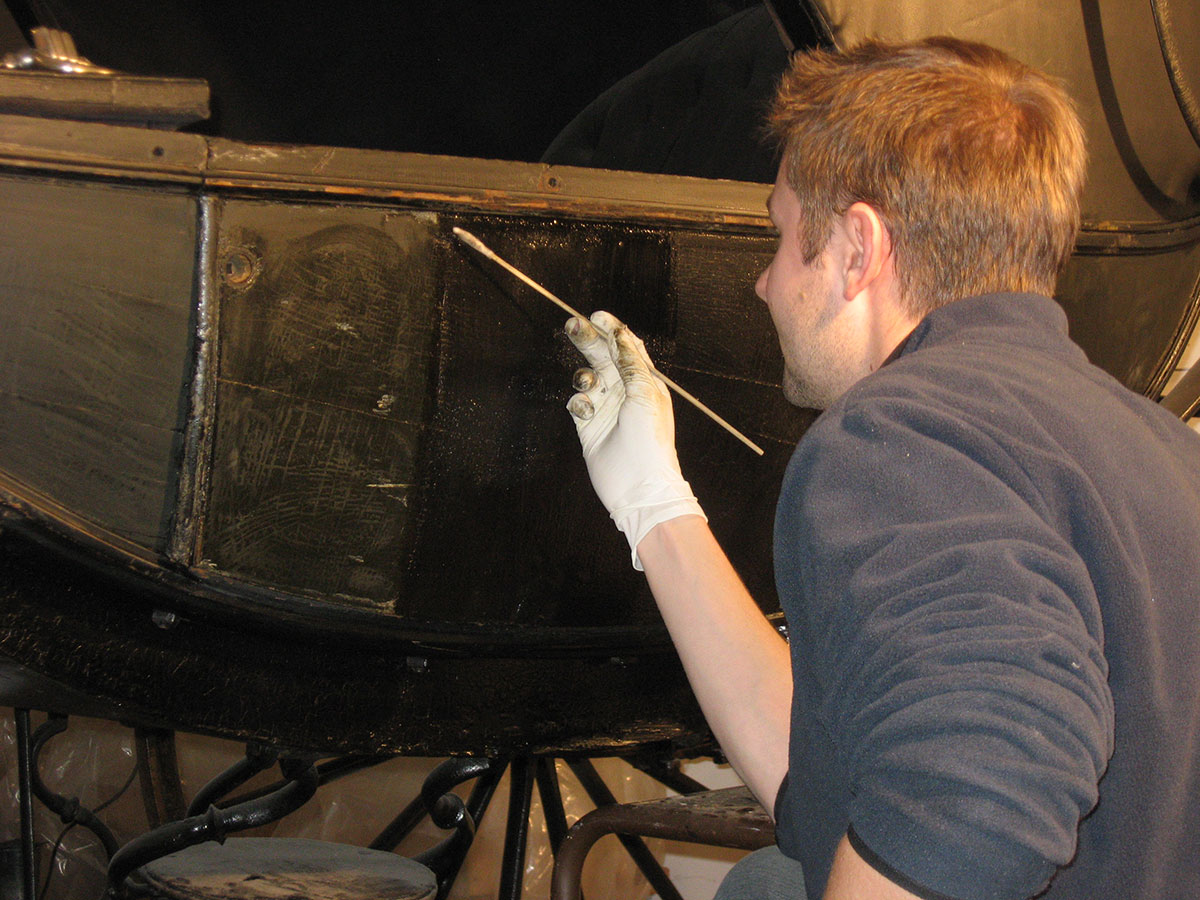 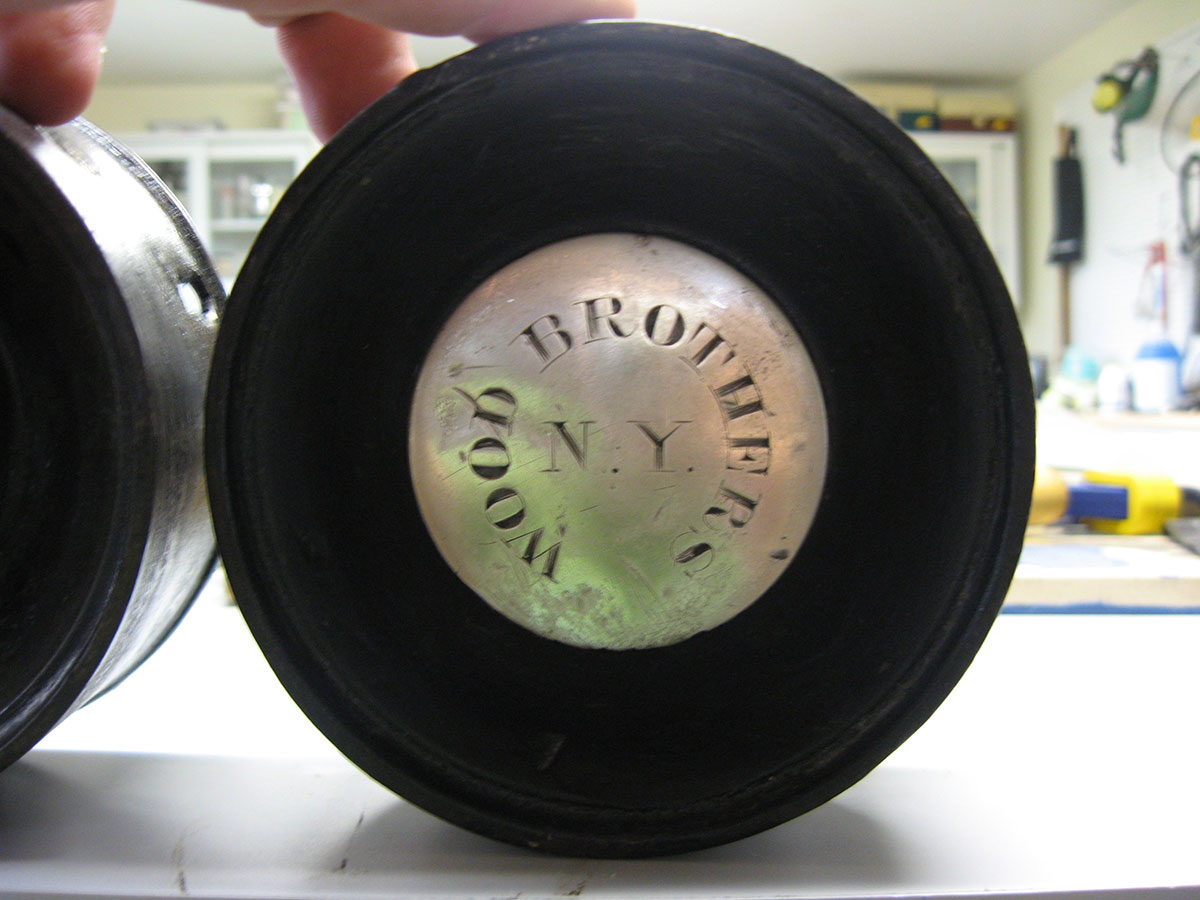 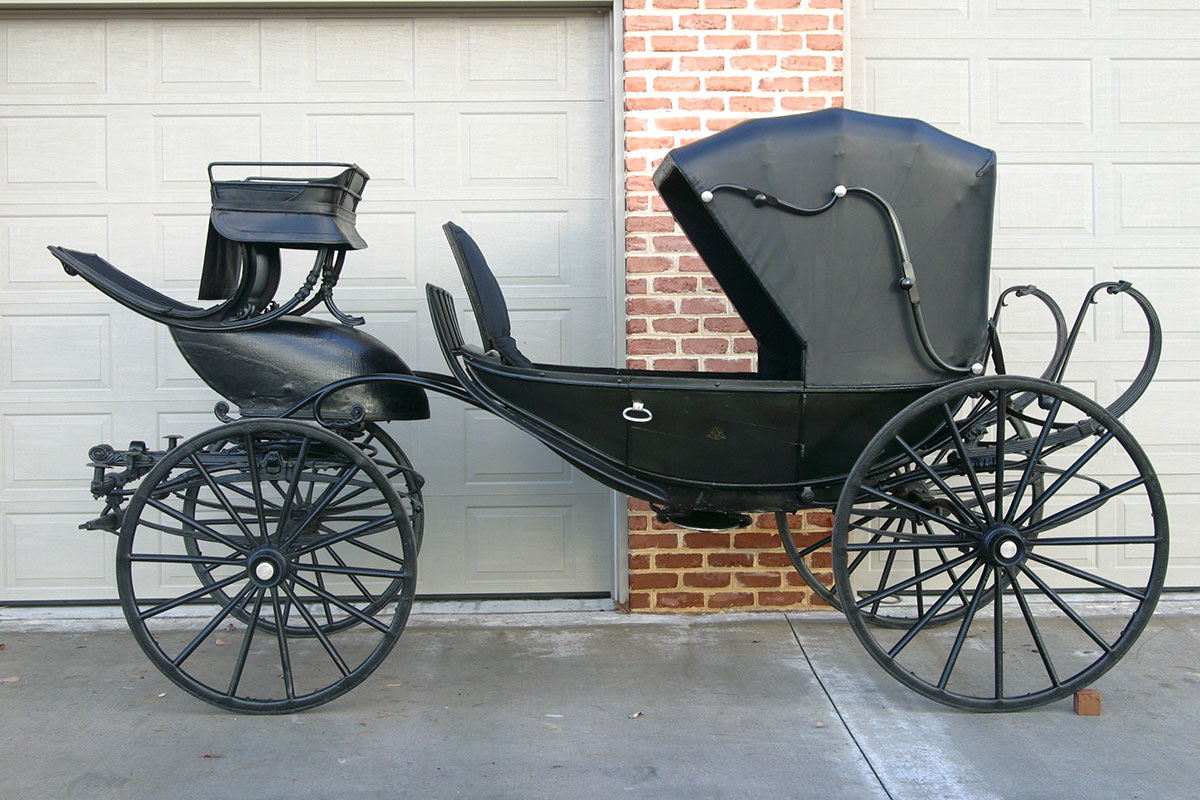 When the carriage arrived, BRH extensively assessed and documented its condition before carriage conservation treatment. The team found that there various were areas of great concern, including the full weight of the carriage resting on one of the five leaves. The wheels, though satisfactory for static display, had splits in the wooden hubs. Repairs and repainting had been previously done to the under carriage and wheels, altering the carriage from its original look, which would have been painted black with dark burgundy stripe trim with fine yellow striping on either side. There was flaking paint and iron components had active corrosion. A cross-sectional analysis was performed on paint samples from the under carriage. Select areas of overpaint were removed to document the vehicle’s history of repainting and stripping. In painting was then completed on areas of lost paint.

The springs were welded to correct and even out the distribution of the carriage’s weight. The surfaces of the wheels and under carriage were cleaned. Japanese tissue was used to partially fill the splits in the wheels and finished off with an epoxy. Once the epoxy cured, it was carved to blend with the surrounding surfaces. Iron hub caps were cleaned and polished, polished silver was degreased twice using acetone on cotton swabs, and silver was lacquered.

The Caleche style body was in unstable condition; the tulip poplar body panels had numerous large splits and the proper left rear quarter panel has been fractured when struck by either a very heavy or large unknown object.

There were numerous areas of splitting across the doors and panels. The doors were difficult to close properly due to the hinges being loose, causing sagging. The driver’s foot/toe board had been split in several areas and covered with a vinyl fabric. Cracks in the wood were repaired using clamps and glues. The doors were carefully cleaned to reveal the intertwined monogram of “A”s and “L”s.

The entire body and footboard had been over painted black several times and a heavy accumulation of resinous coatings caused the surface to have a heavily textured appearance. The later varnish and layers of over paint were removed using a dilute solution.

Various repairs and treatments were completed to the leather of the front boot and materials on the interior of the carriage. Textiles were thoroughly vacuumed using a HEPA vacuum cleaner and minor tears and loose or frayed trim were secured.

The folding top was cleaned using a mild detergent to improve its surface texture and prop nuts were degreased and lacquered. A replicated valance and fall were fabricated for the seat platform and a seat cushion was fabricated.