B.R. Howard was contracted by a private client in Nantucket to perform a conservation assessment on a Waterous Engine Works, “New Century” Gasoline Fire Engine that was displayed outdoors. The owner then decided to have the vehicle transported to our lab to have the conservation work carried out. 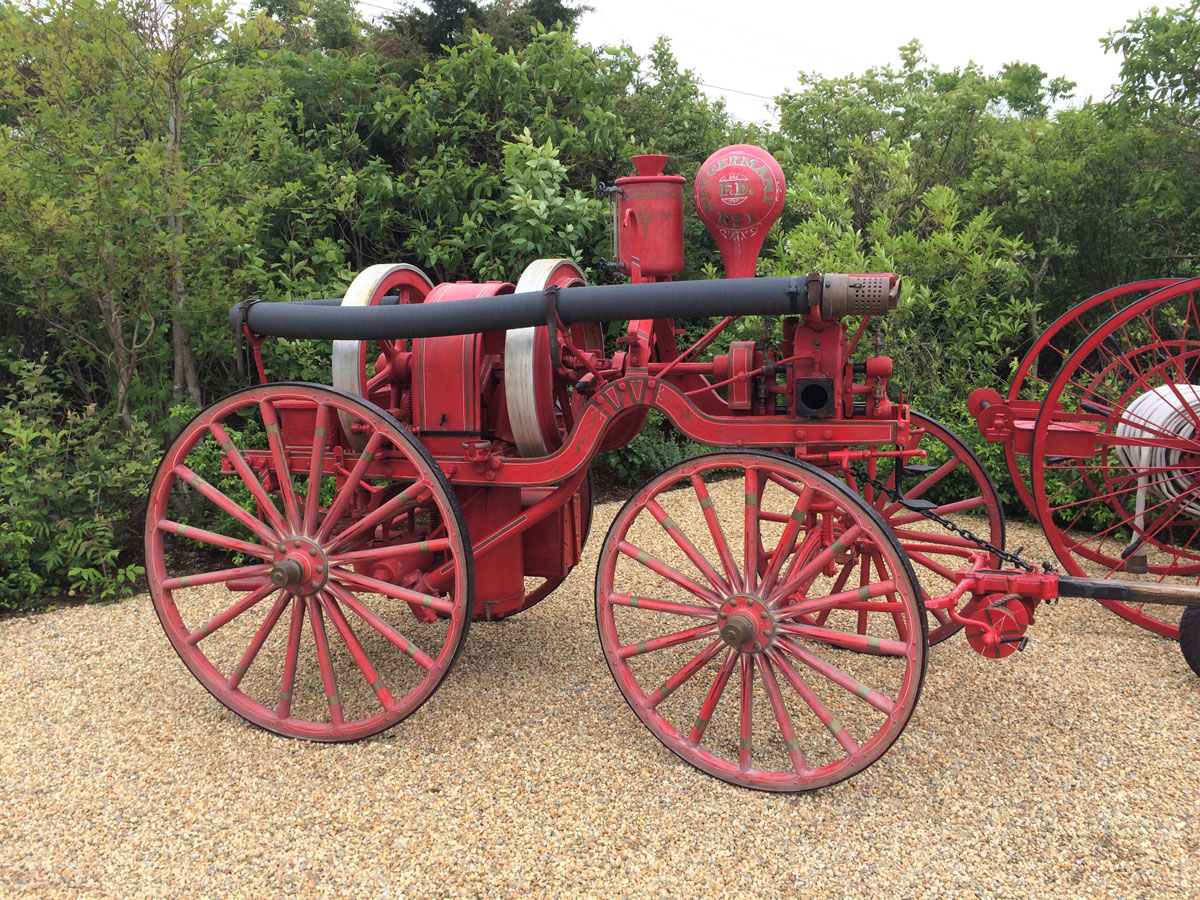 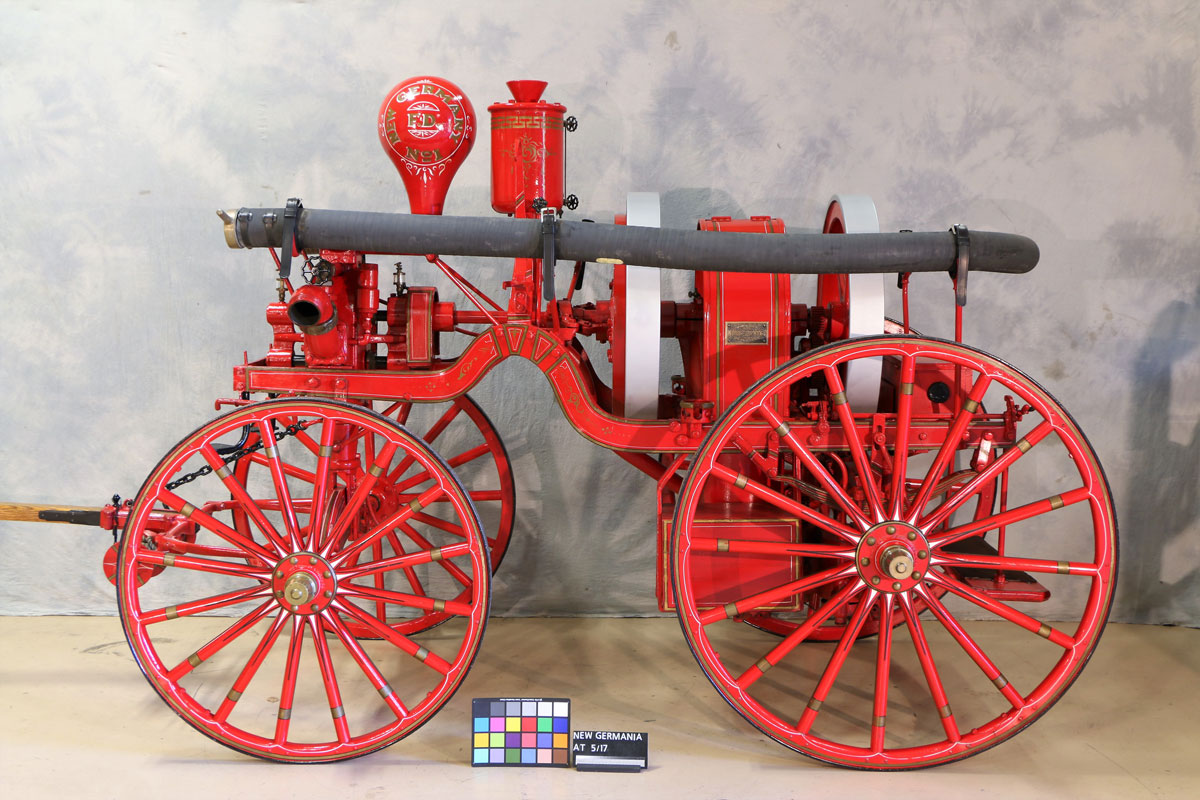 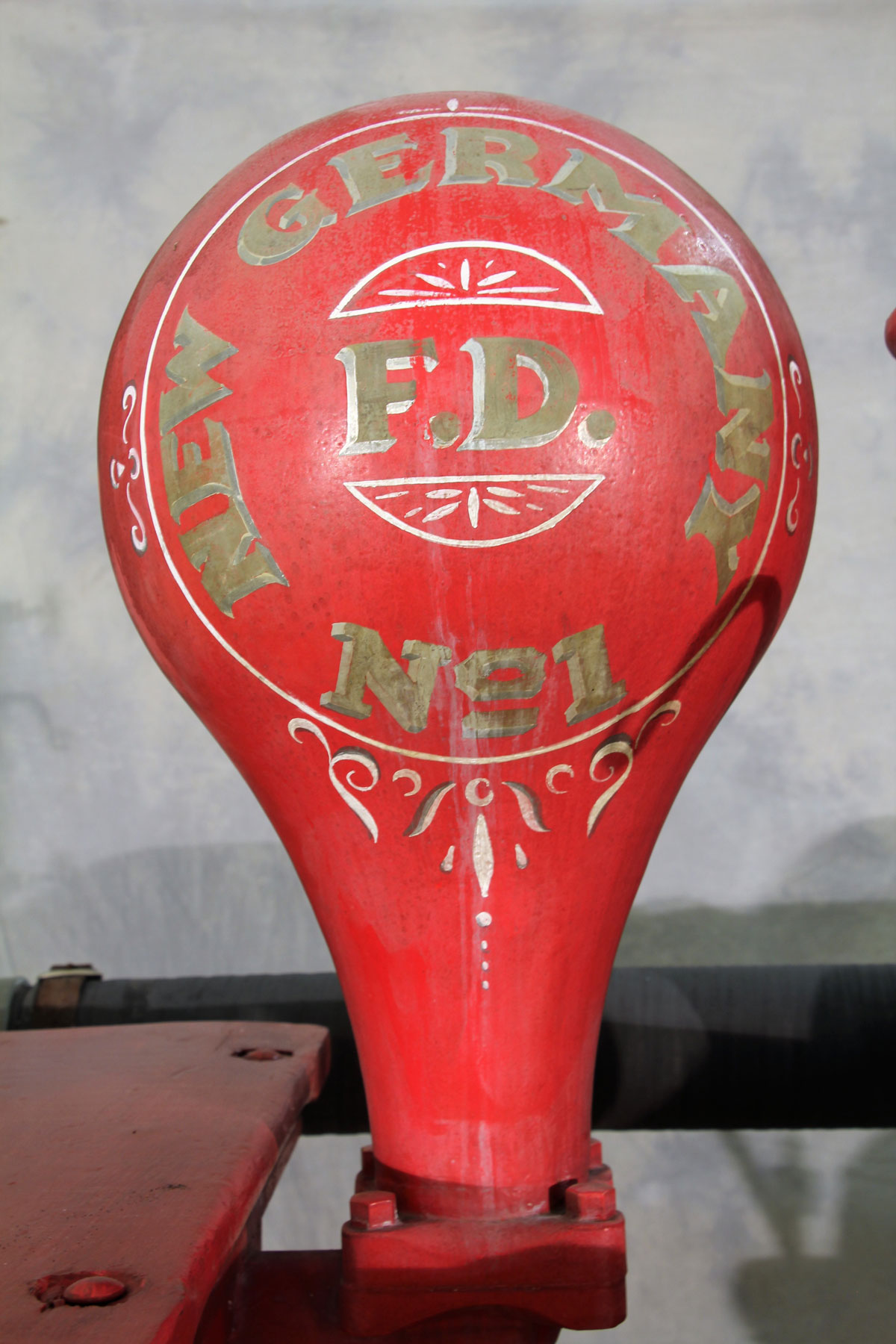 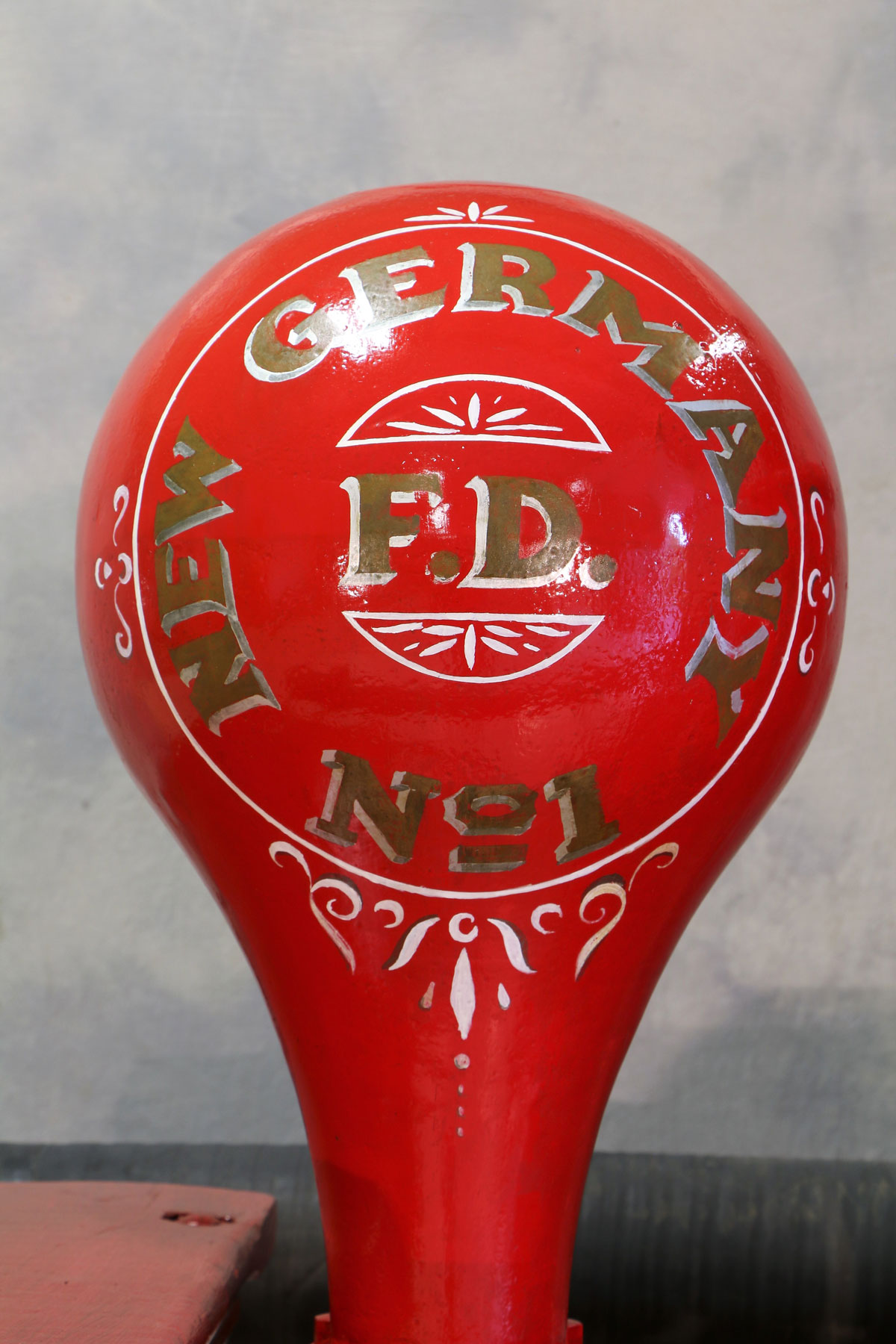 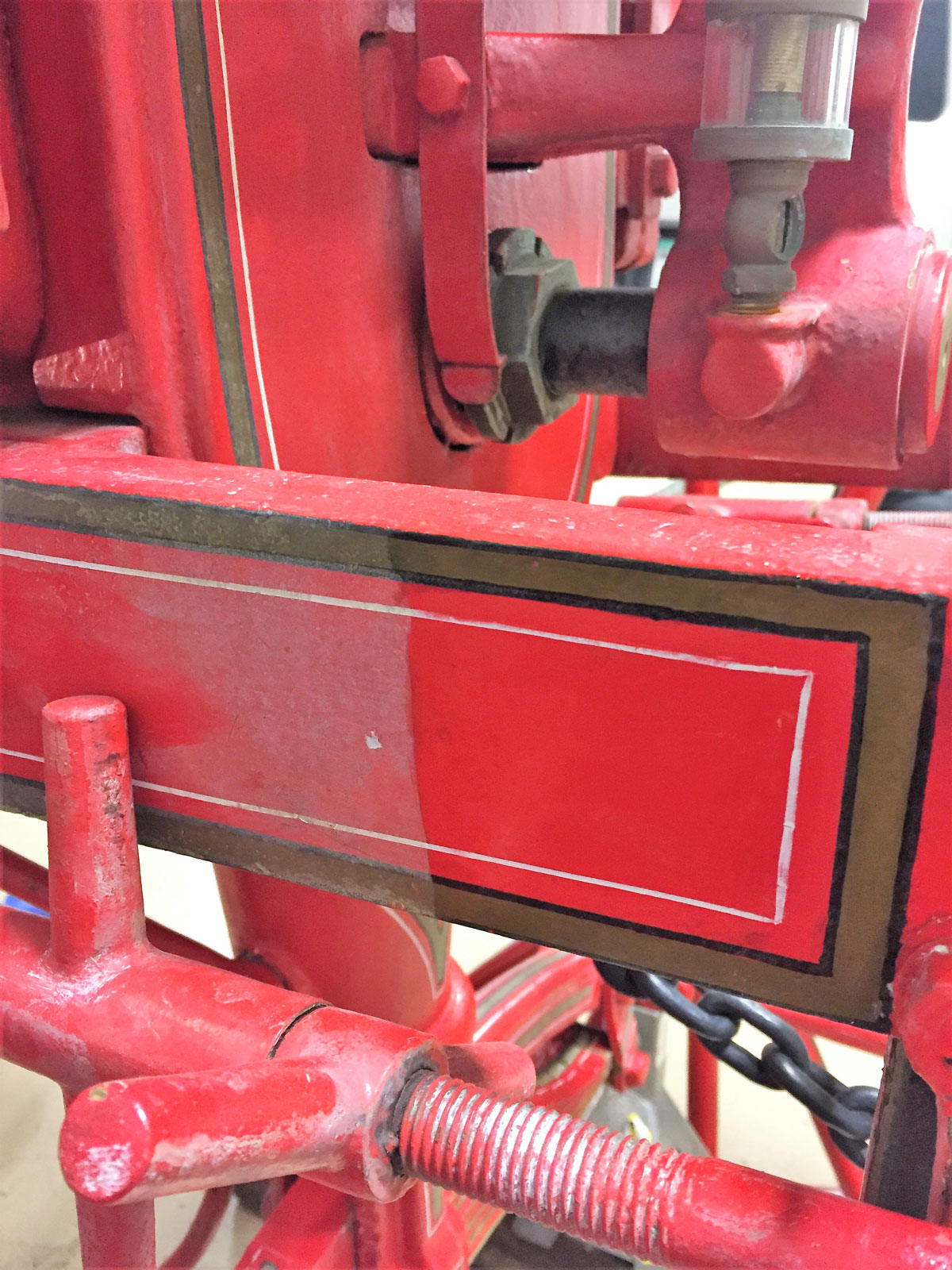 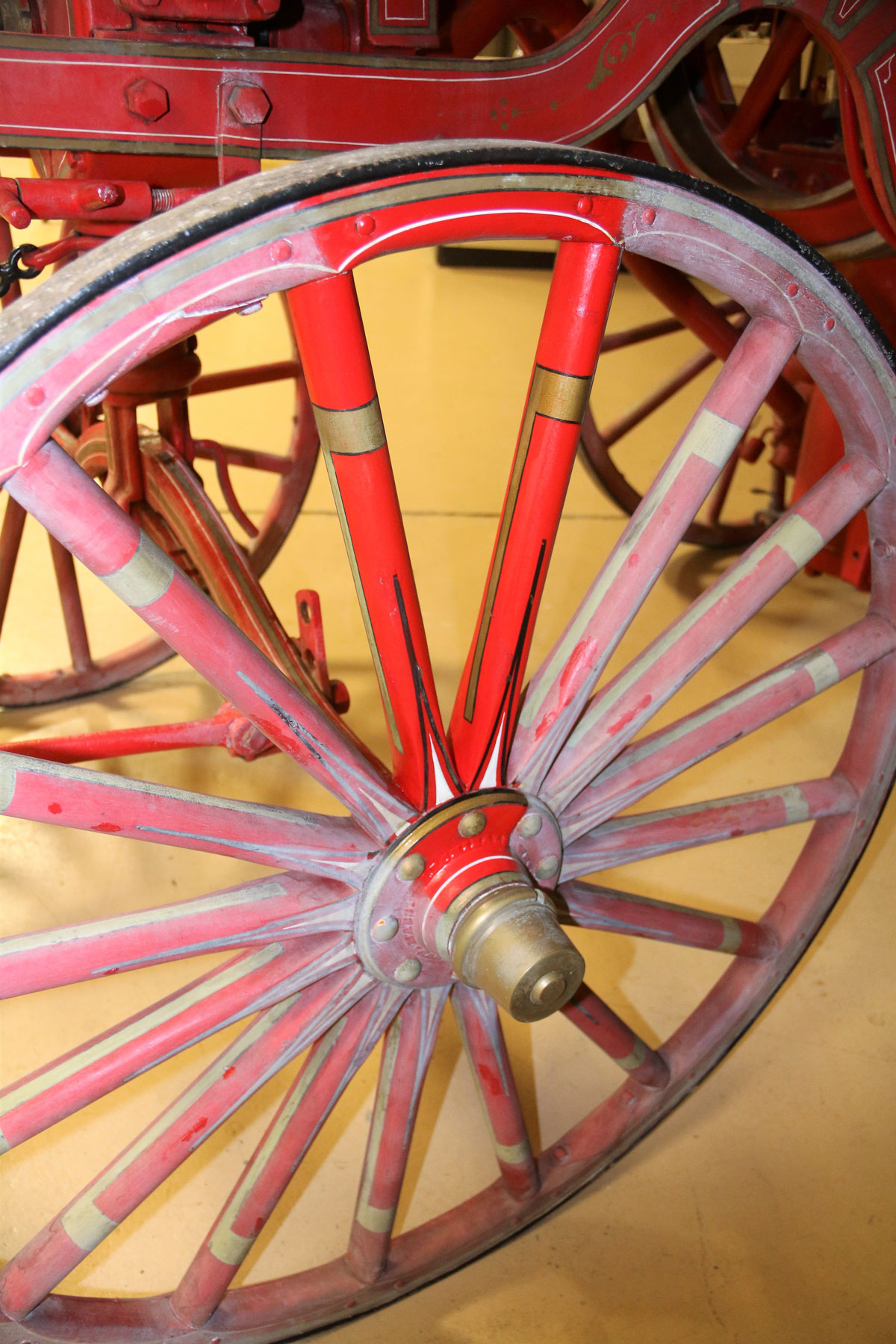 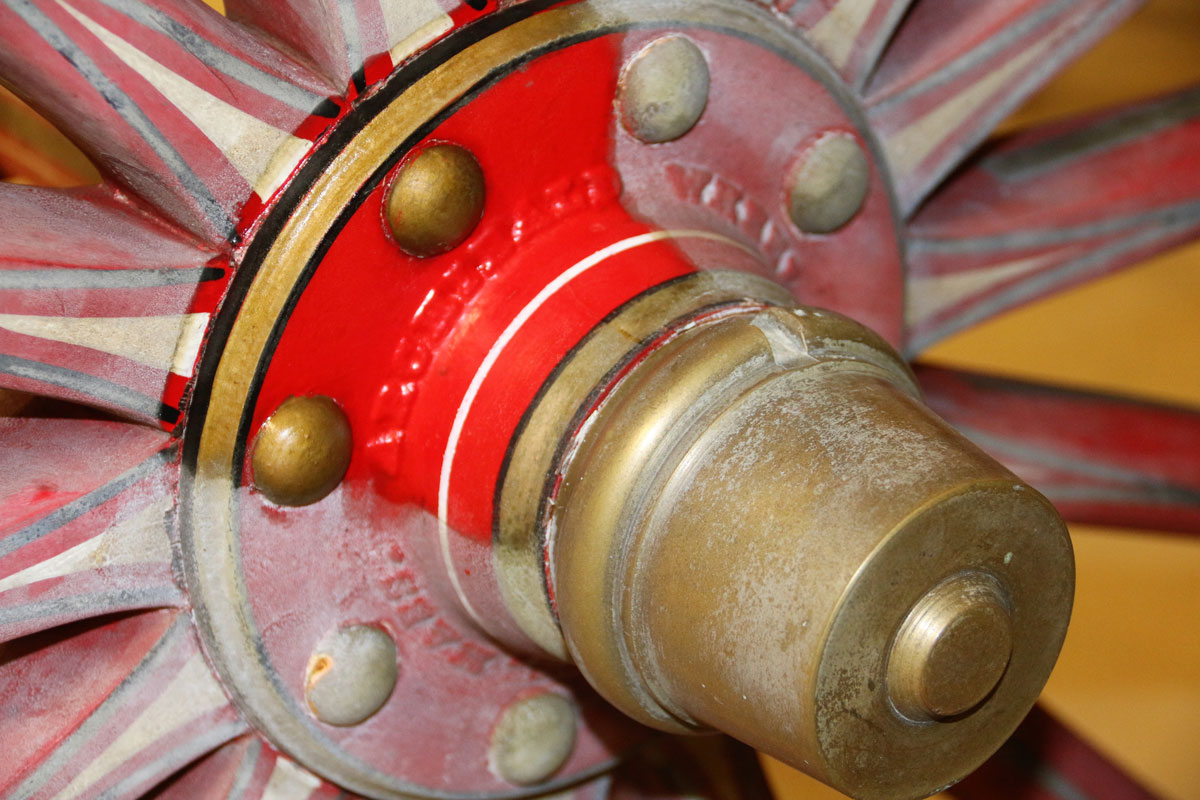 The hand drawn, single cylinder, gasoline powered fire engine (pumper) had been completely stripped down and previously restored. The vehicle was painted red with fine with white and black striping and decorated with bronze powdered paint rather that gold leaf which would have been typically applied in that period.

The varnish layer over the paint had badly oxidized giving it a white, semi-opaque, splotchy appearance.  Numerous nicks, scrapes, and abrasions had been over painted which did not match the adjacent surfaces and areas of paint had begun flaking. The hinges were broken on the storage compartment box and the wooden panels had split. There were many areas of active corrosion found on exposed iron and bronze components of the pumper.  All the leather belts used to secure the hose were brittle and 2 had broken.

After BRH received the fire pumper it was extensively photo documented.

The faking paint was consolidated with reversible heat set resins that were injected with syringes and set down with heated spatulas.  Heavily oxidized varnish layers that were found over most of the paint were removed using aqueous gel mixtures.

All corrosion was mechanically reduced and stabilized before a DTM bonding primer and color matched paint were applied to the areas of paint loss. Reversible paints and varnishes containing mica powders were used to in-paint areas of loss on the decorative striping before a final UV protective acrylic resin was spray applied to the painted surfaces.  The brass and bronzed components were cleaned, lightly polished, and coated with a protective lacquer. All the broken and brittle leather straps were retained, and reproductions were added to properly secure the hose. The fire engine was then protected for transportation back to Nantucket and a detailed maintenance plan was provided to the client and the collection curatorial assistants.