B.R. Howard was contracted by The Frick to perform an assessment study and to develop a conservation plan for the “Clayton” mansion’s interior porch, and the exterior brownstone steps with a terrazzo landing. 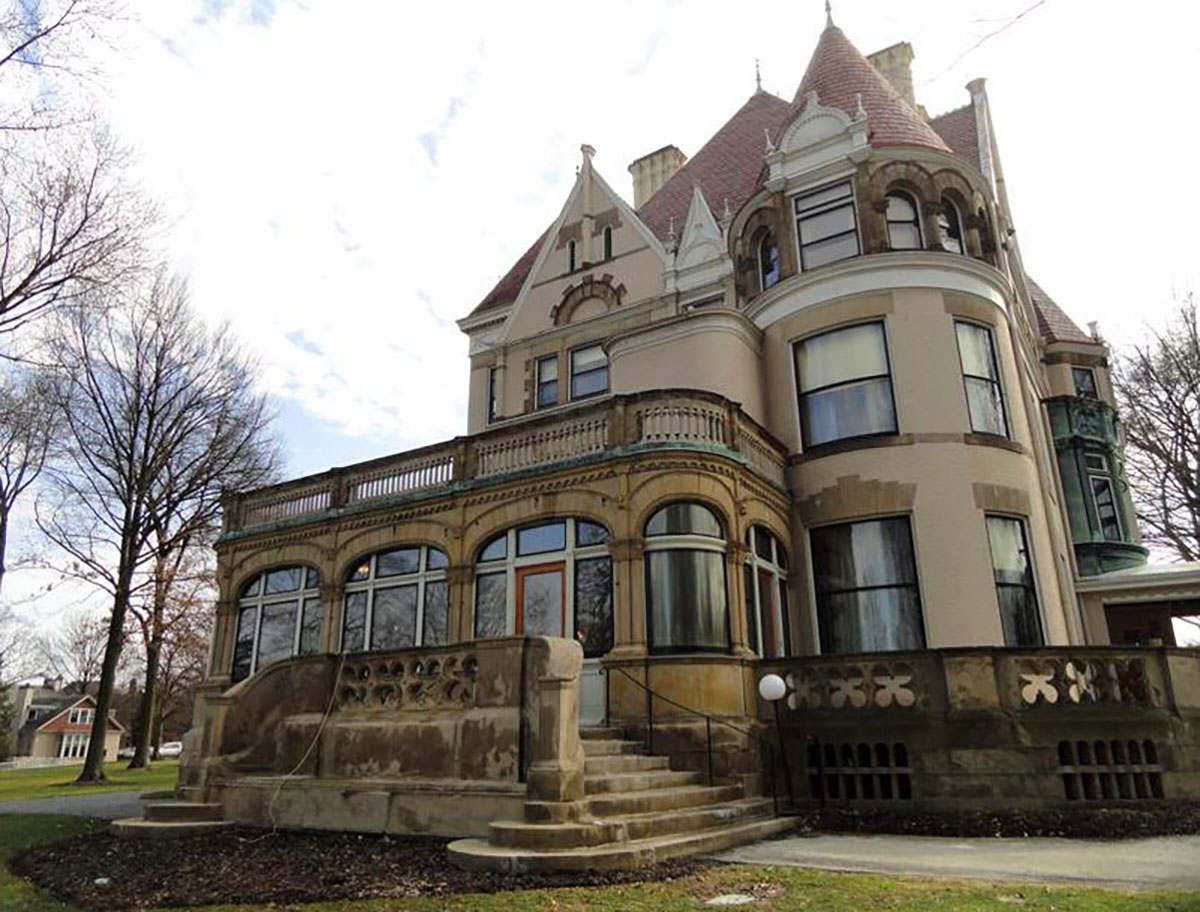 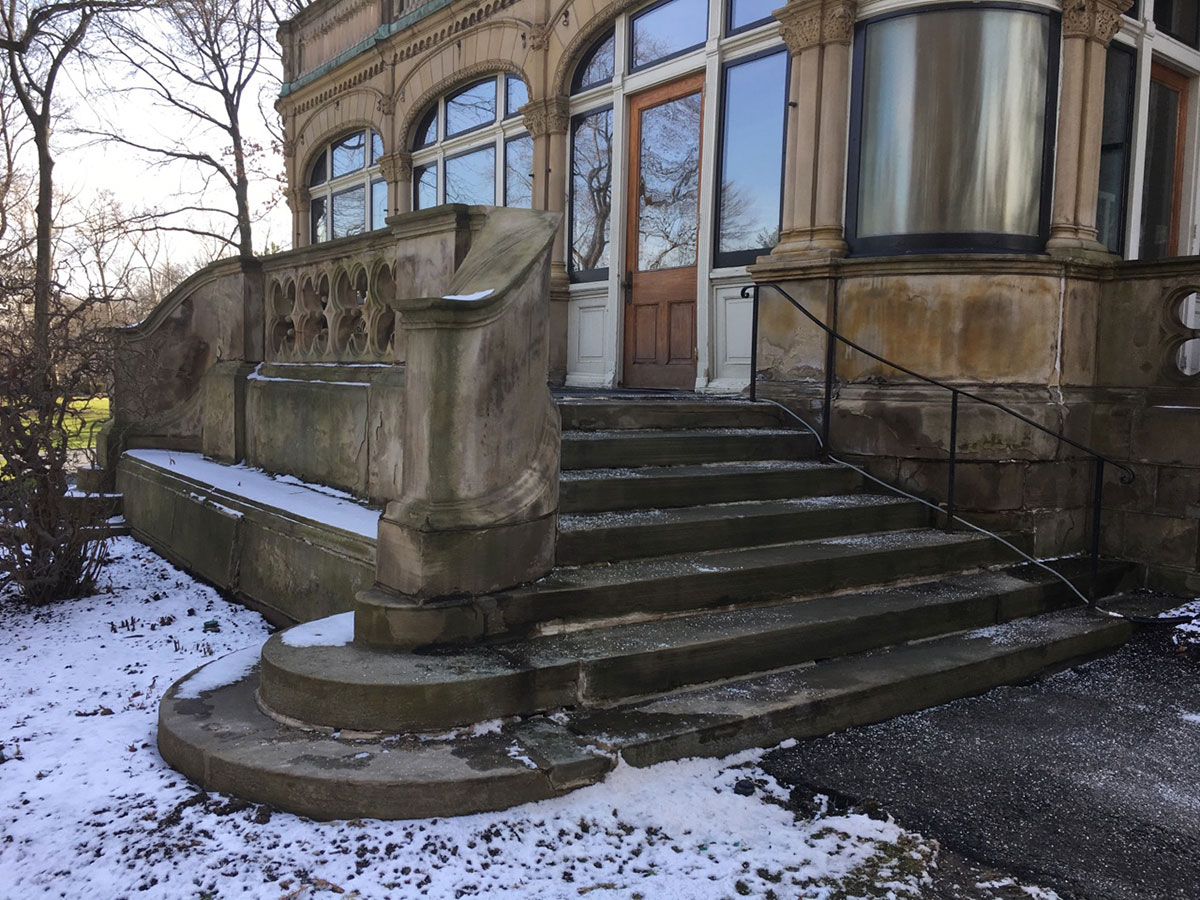 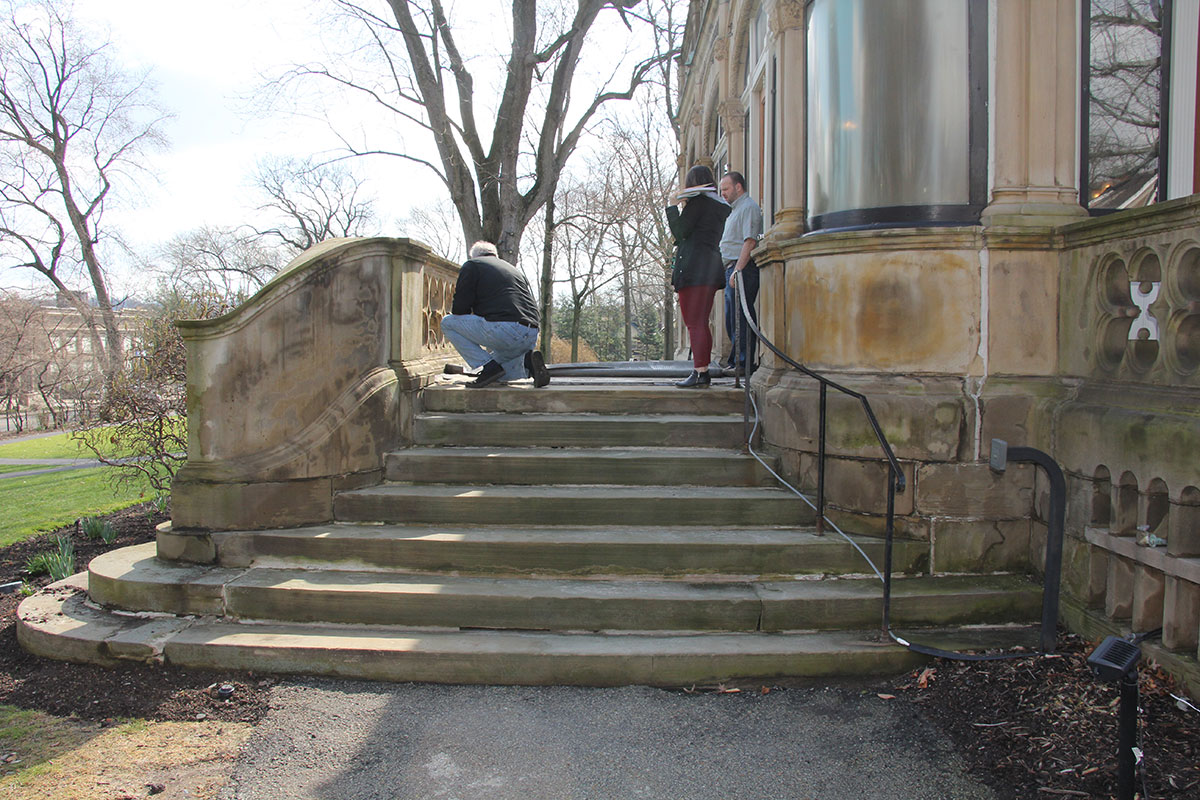 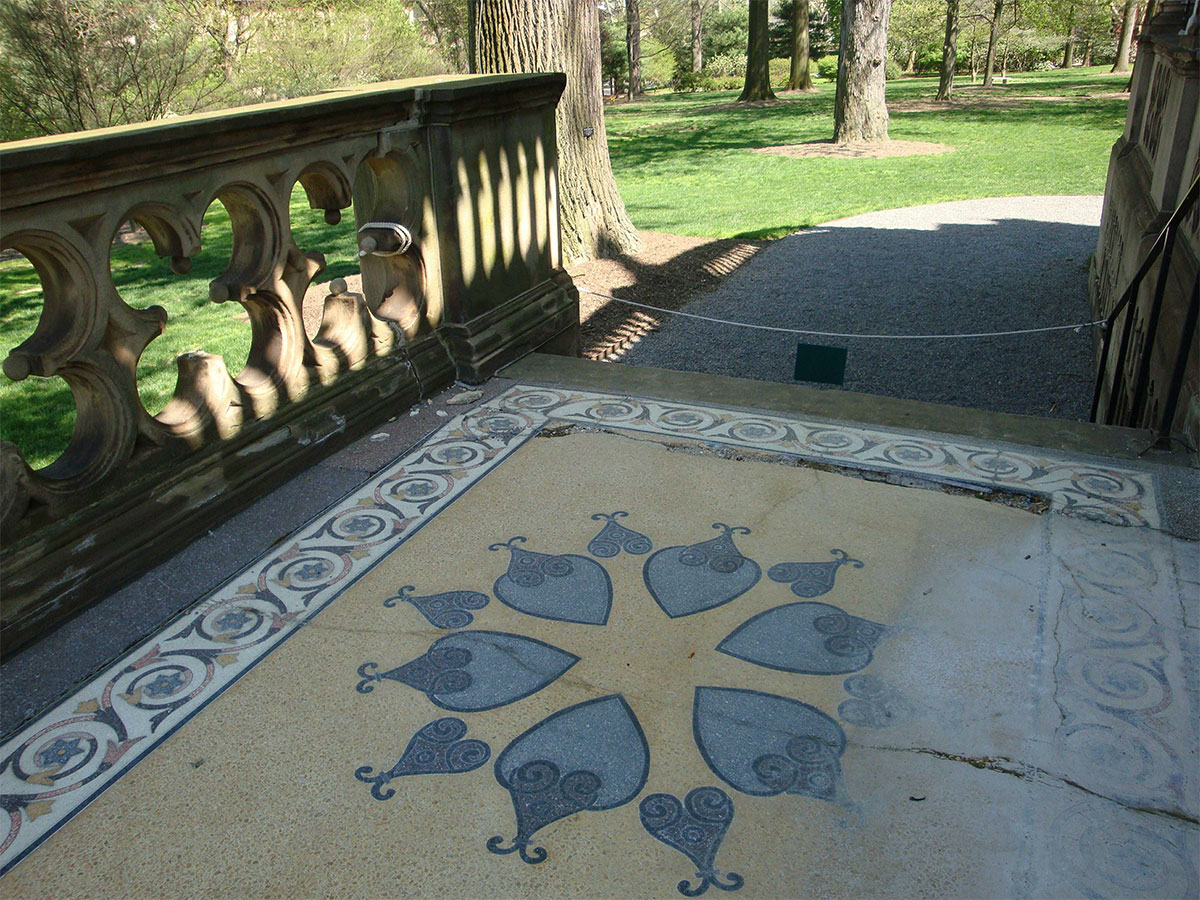 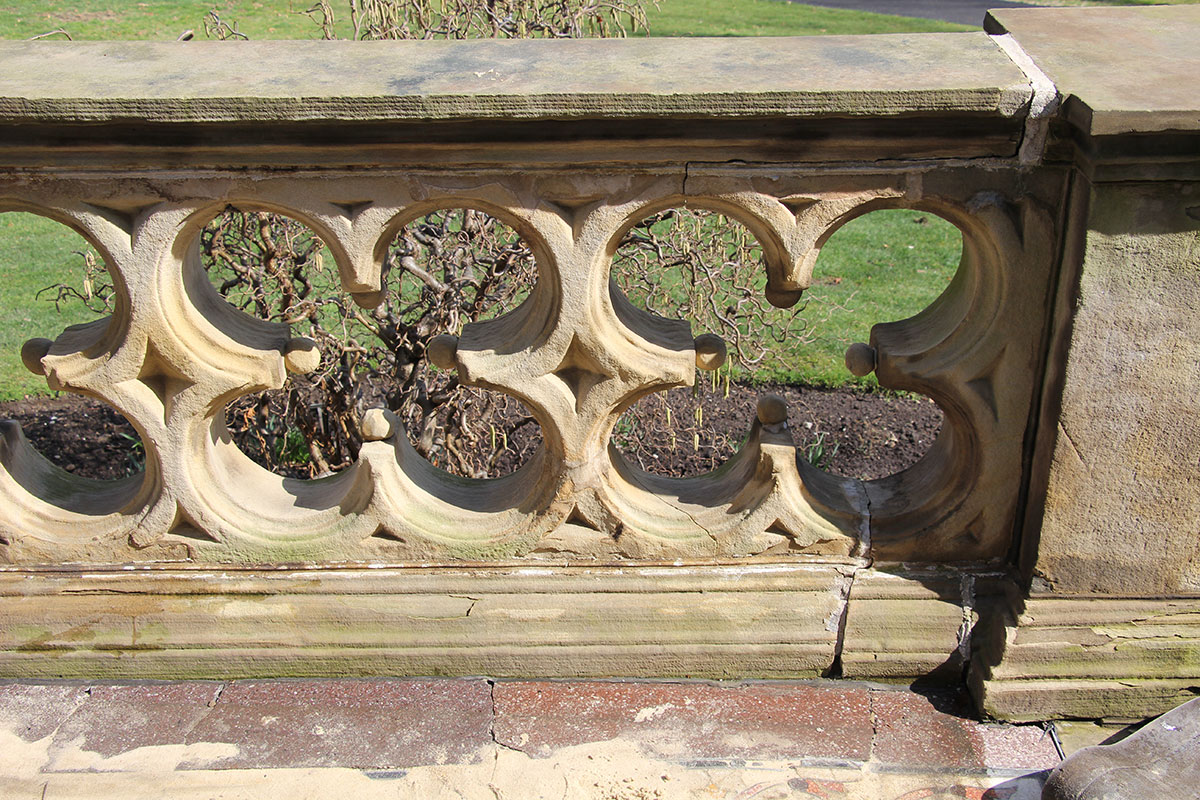 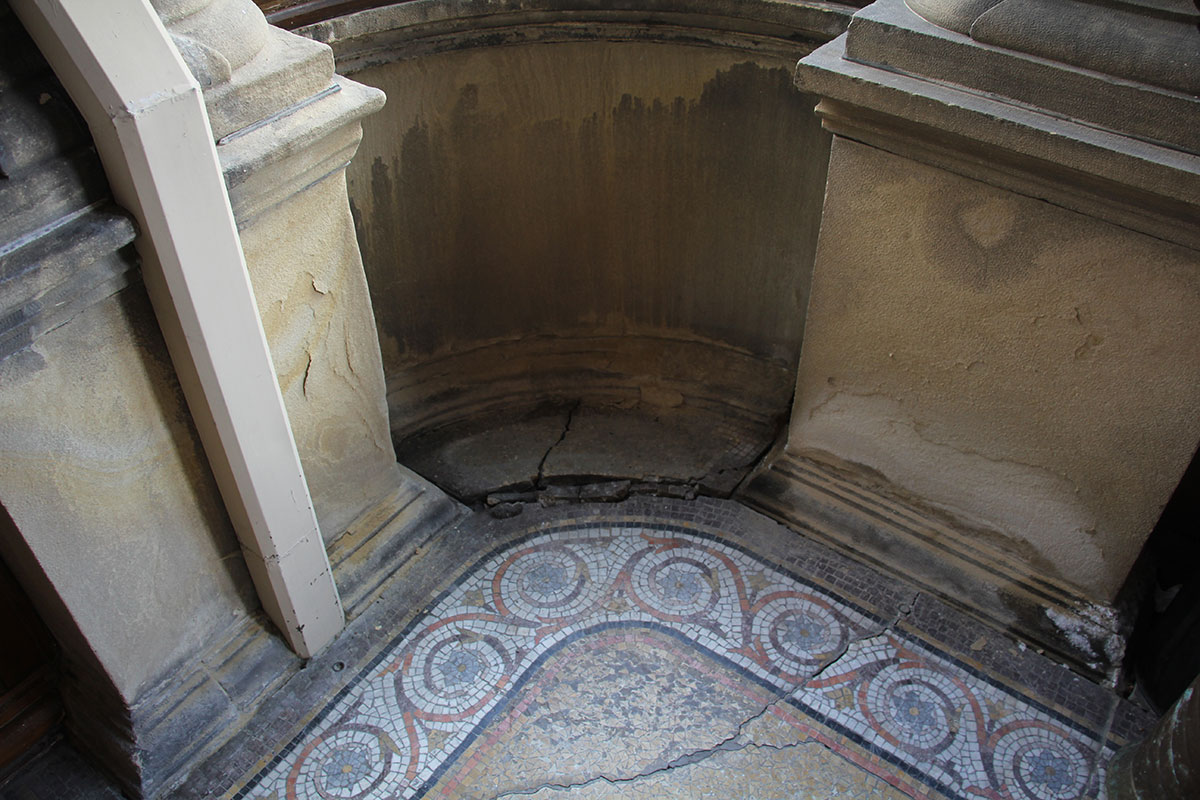 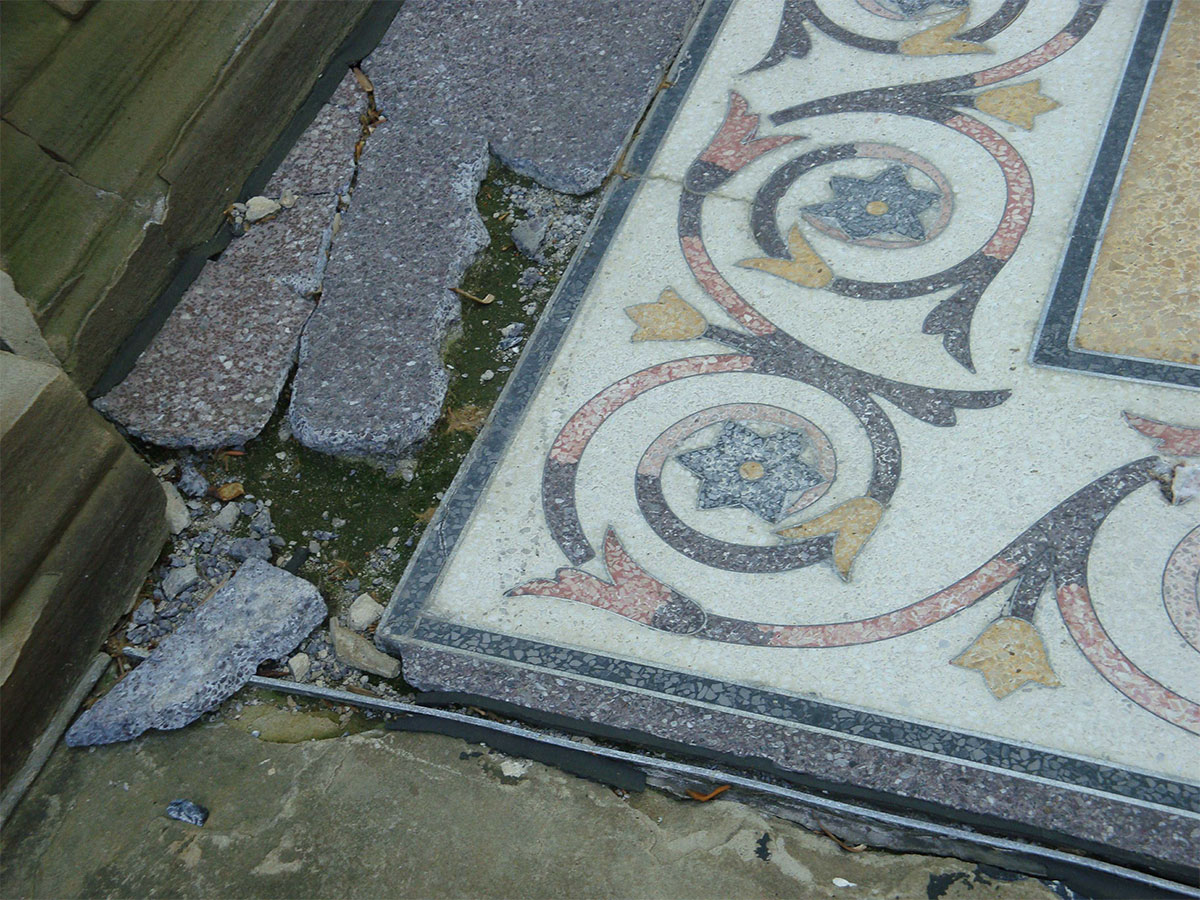 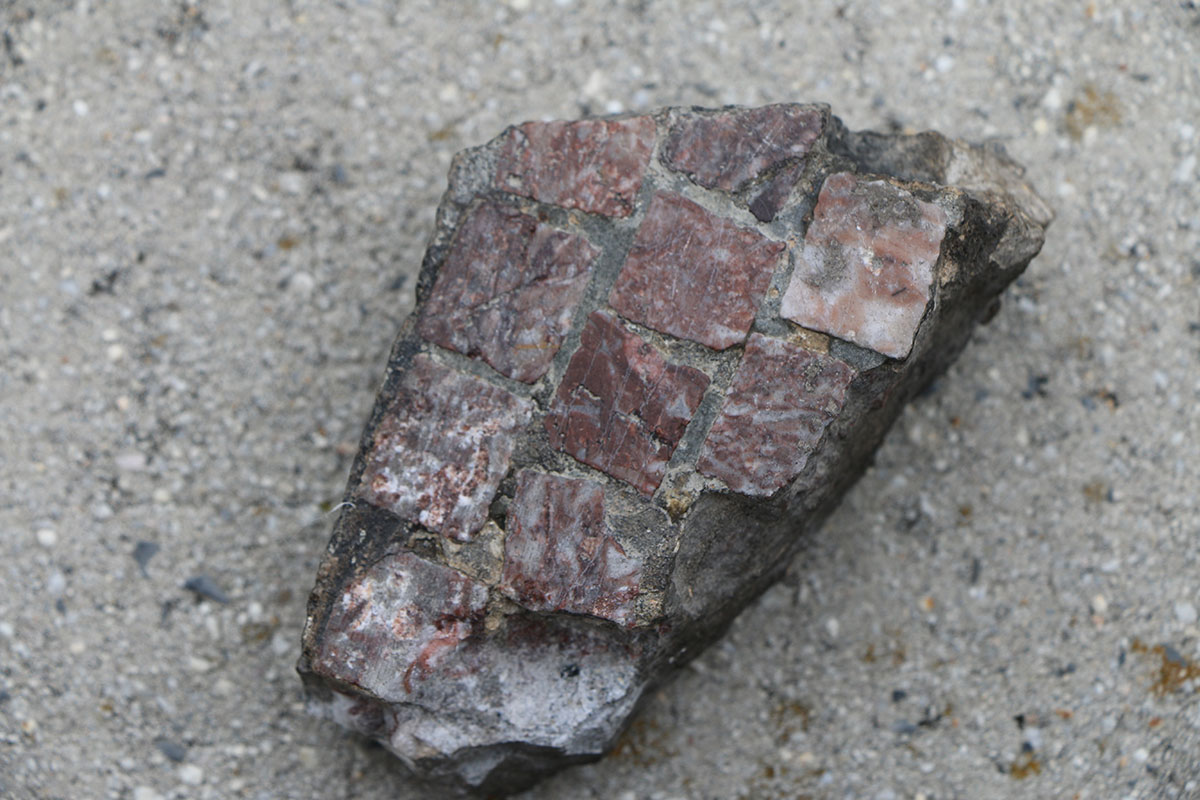 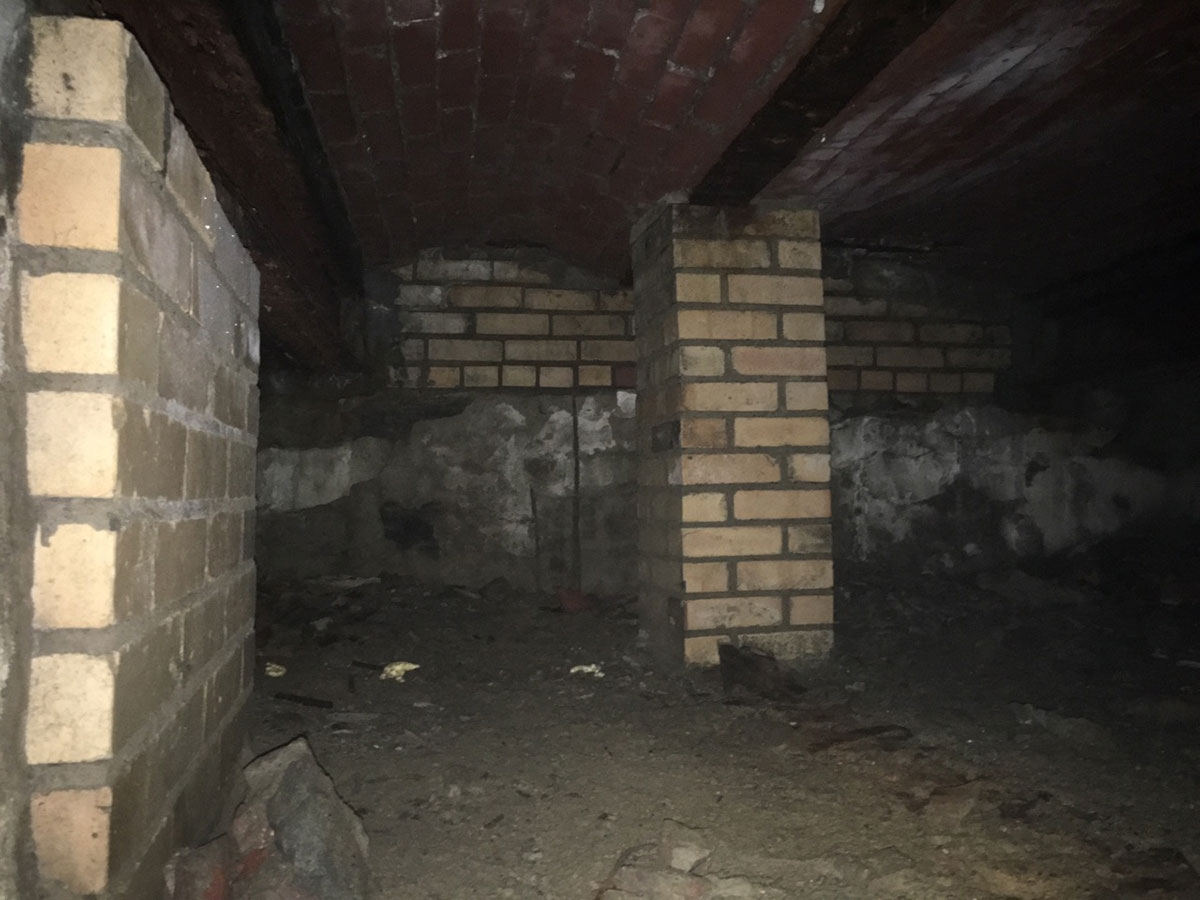 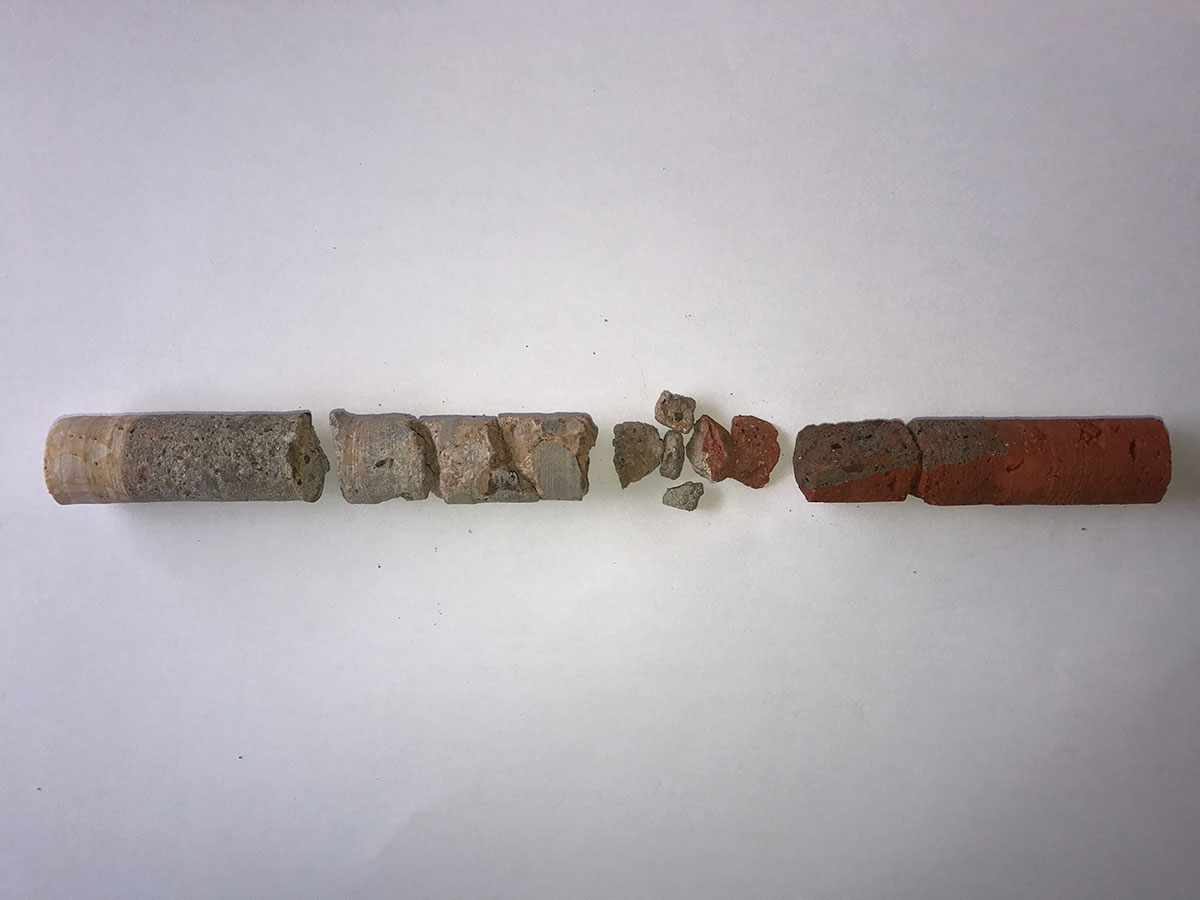 Water infiltration had slowly allowed for the deterioration of some of the structural supports. This caused  elevational changes that resulted in large splits, and fractures on the interior mosaic porch floor, the exterior terrazzo landing and the brownstone railing.

BRH worked with architects, engineers, contractors, masons, and other conservators during the preliminary investigations in an effort to determine a realistic and mininally invasive conservation approach.

Core samples were taken on the interior and exterior floors to measure thicknesses and identify construction materials. Samples of the mosaic were gathered to determine stone types for matching which would need to occur later during the conservation componant of the project. The orignal goal of the Frick was to retain as much of the home’s historic terrazzo as possile even though it had to be so that new steel beams could be installed.

Mock up slabs were poured and surfaced with tiles. A water soluble adhesive was applied to a membrane and adhered to the surfaces followed by a layer of plywood and a metal frame for lifting. Adhesion tests were conducted as the slabs were being lifted using a gantry crane. This was performed to in an effort to gauge whether large section of terrazzo could be safely removed and eliminate the need for additional cuts and repairs to the original surfaces.