Simplex is associated with the great names of the early automotive era. Founded in 1904, Simplex was a competitor to Mercedes and Panhard, considered paragons of the industry. The Simplex Automobile Company participated in the first Indianapolis 500 race in 1911. Famed racer Ralph DePalma piloted their car to a top finish of sixth place. It quickly developed a reputation for performance and durability, cementing the marque’s image among the wealthy elite and celebrities of the East-Coast. With such owners as J. D. Rockefeller, the oil magnate and Theodate Pope Riddle, the female American architect. Initially located in New York, New York, the Simplex Automobile Company moved its manufacturing to New Brunswick, New Jersey around 1914, remaining there until the company’s dissolution in 1918.

In 1915 Simplex purchased the Crane Motor Car Co. to acquire its advanced six-cylinder engine and its creator and innovative engineer, Henry Crane. It would be this very engine that propels the Vanderbilt Simplex. Models equipped with this engine were labeled as the Crane Model 5. The powerful engine displaced a mammoth 563 cubic-inches and produced a respectable 46 horsepower. It utilized light-weight aluminum in both the crankcase and coolant manifold. The frame is narrower at the front wheel than at the rear, which creates responsive handling and tight turns for spirited driving. Used in a time when few roads allowed a driver to speed over 40mph, and road signs were rare, a driver had to be ready to brake when road conditions became unsafe. This car relies on mechanically operated rear wheel brakes to stop its 144 inch wheelbase chassis.

Simplex was sold to the customer as a chassis; it would then be bodied by a coachbuilder. By 1918 the price of the chassis alone was $7,000, at a time when the average annual American income was $708. The custom built body could add another $2,000 to the customer’s bill. Mr. Vanderbilt’s Simplex currently has a Brooks-Osturk Sedan Elite body. This New York builder incorporated in 1917 and crafted European-style coachwork until 1923, when the company was bought out. It is possibly a re-body from a pedestrian touring car design. The sedan body is appointed to provide a living room comfort with wood trim and thickly stuffed couch seating. Family lore says that this car was primarily used by Fredrick Vanderbilt’s wife Louise.

The Simplex Automobile Company records a mere 61 units built of the Crane Model 5 in 1918, which was the company’s last production year, which makes this a truly rare and legendary motorcar. 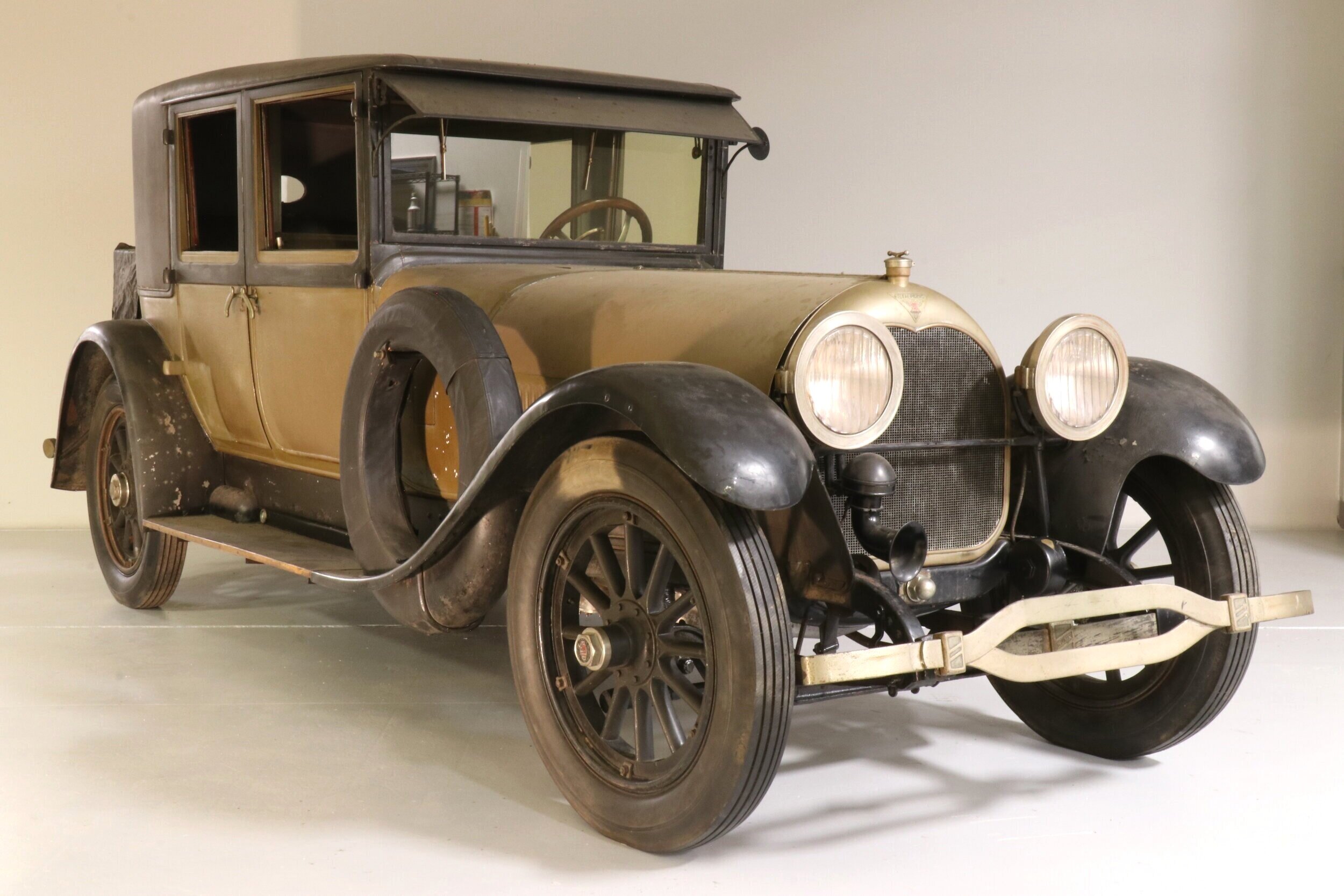 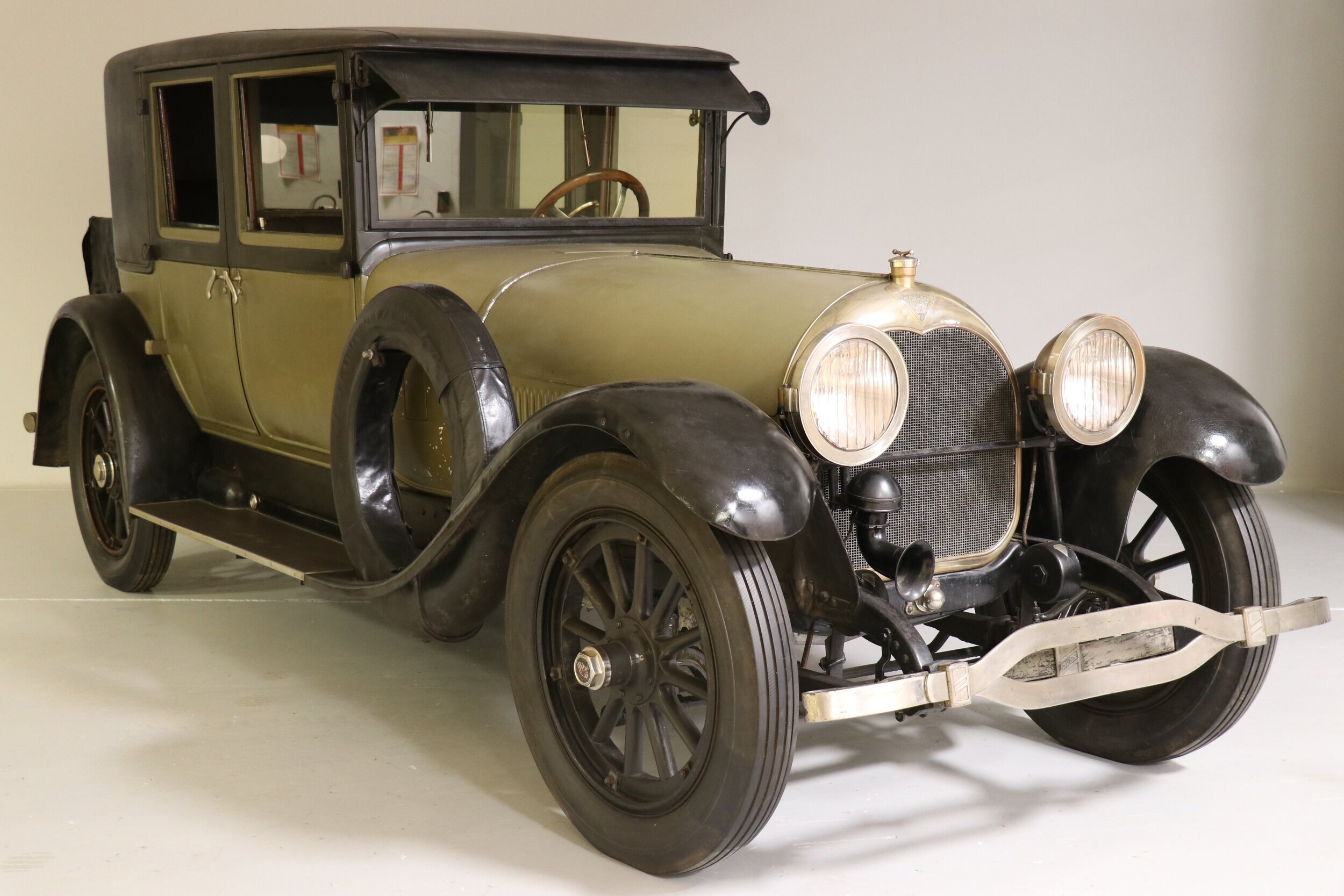 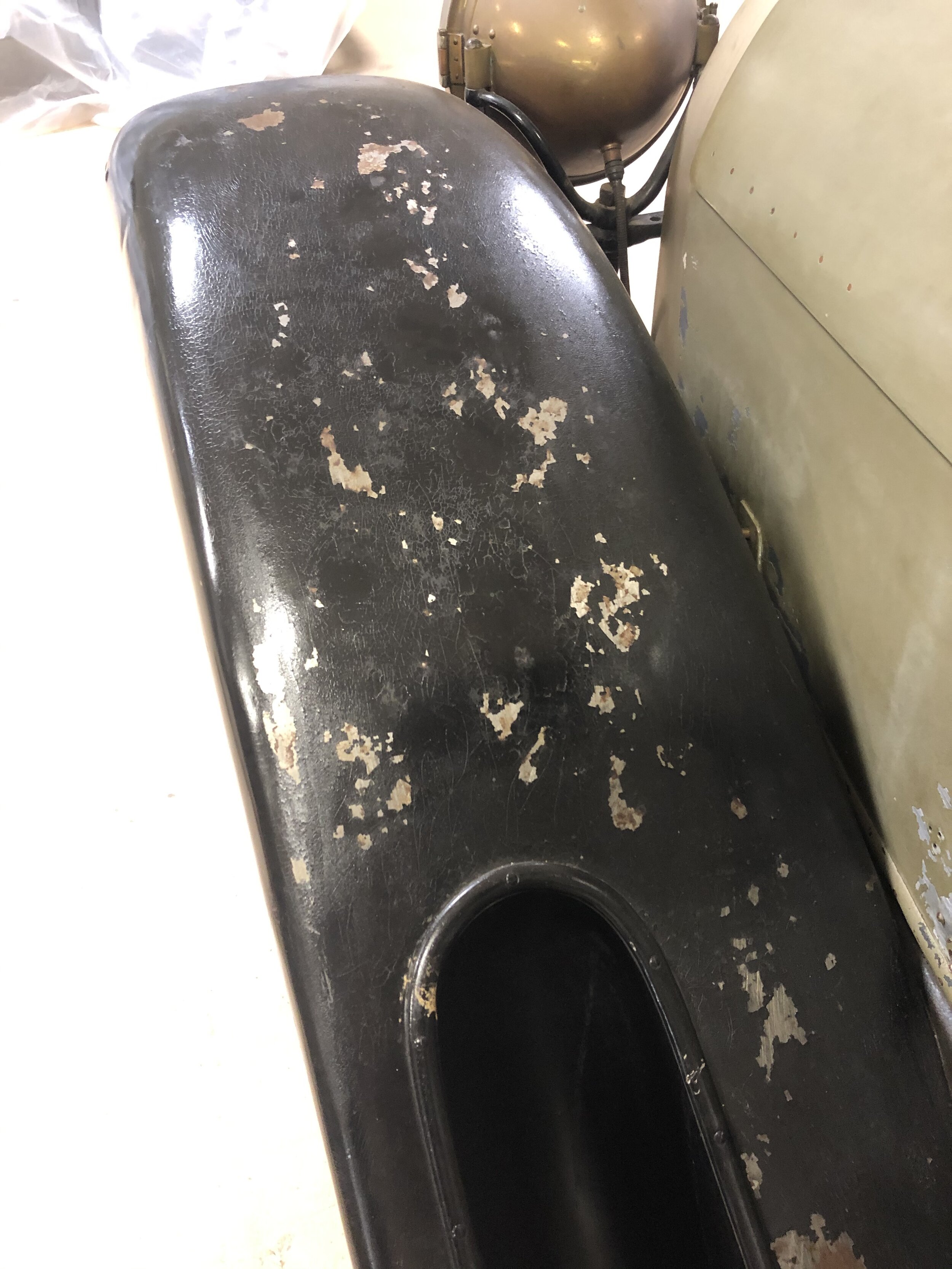 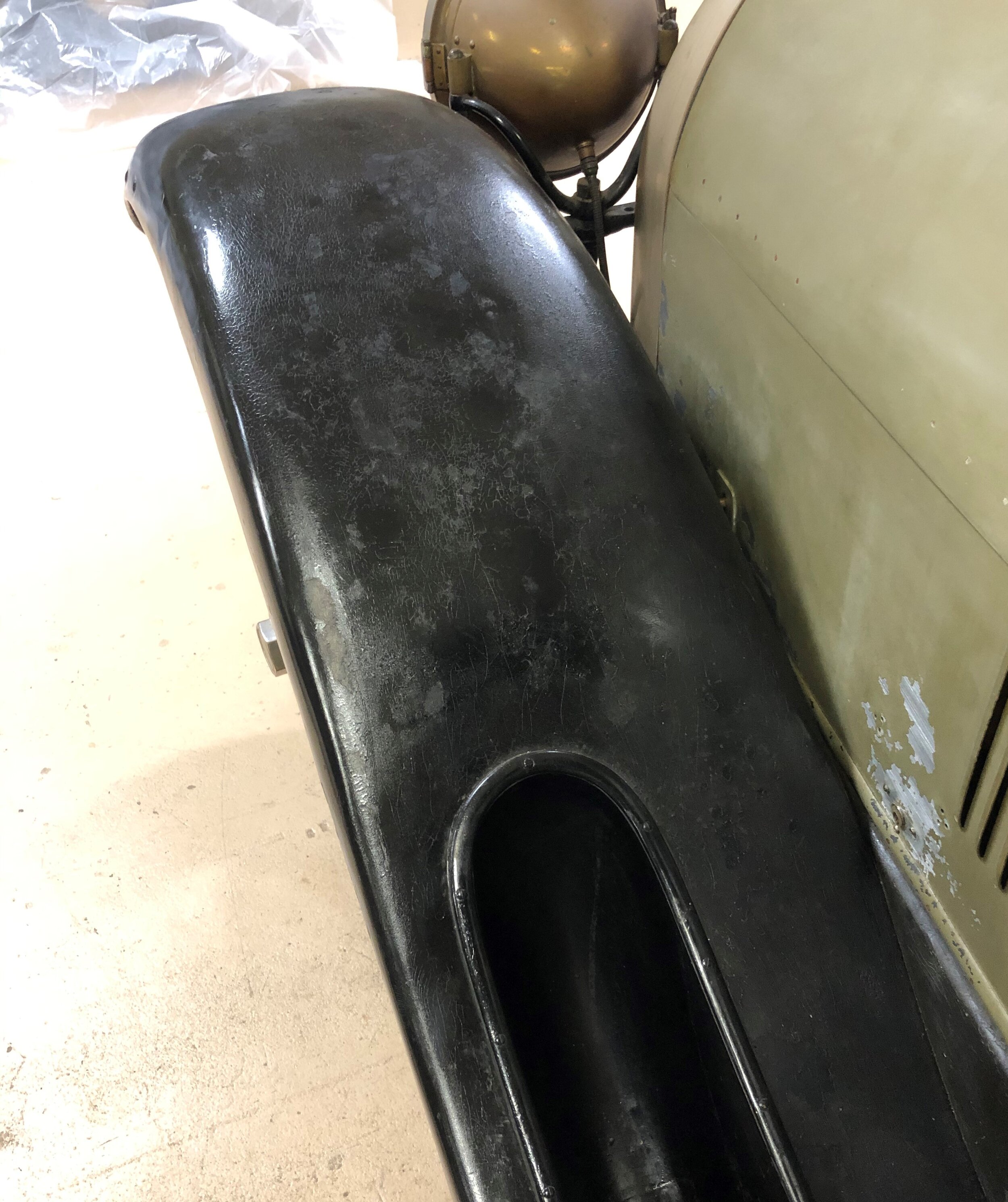 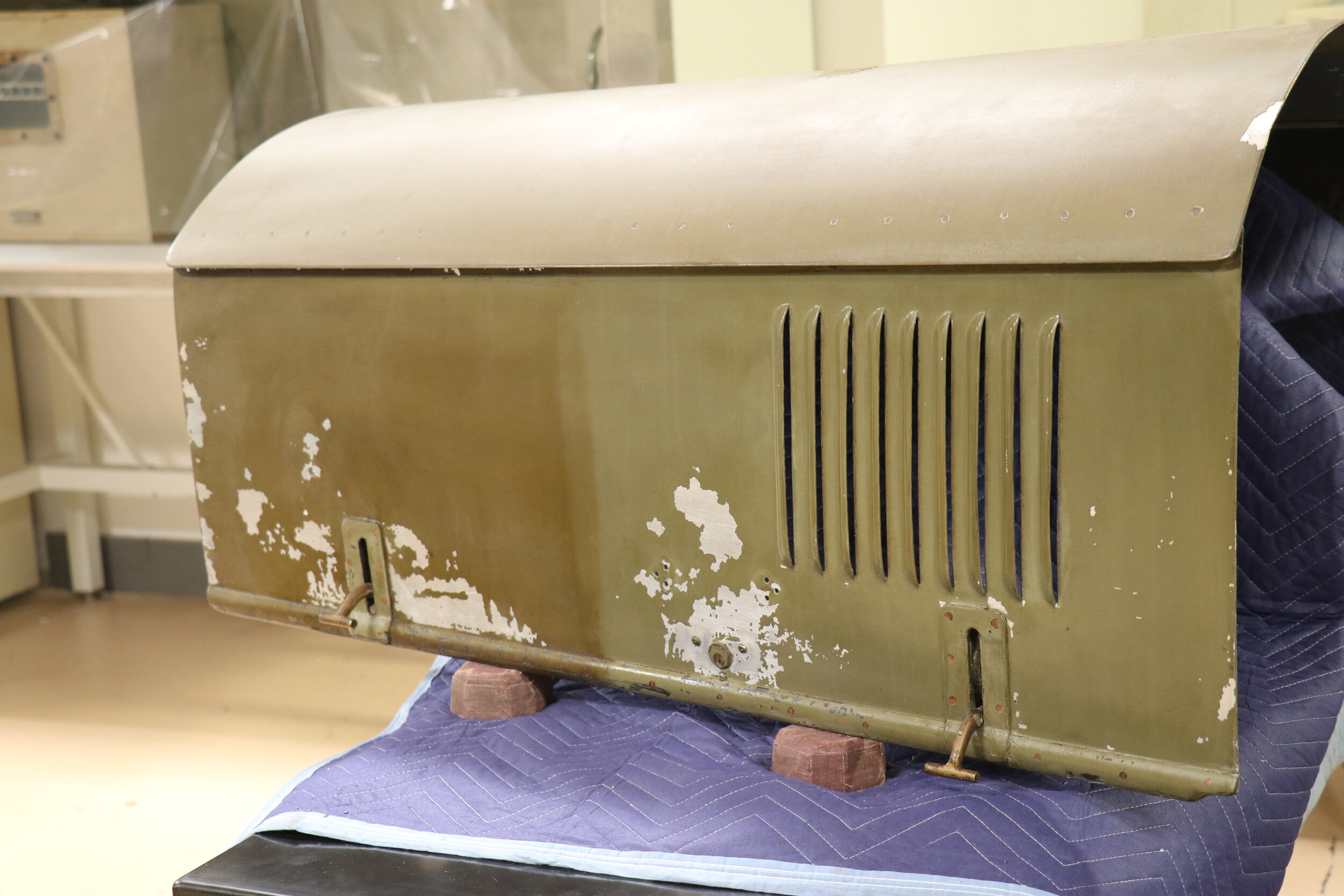 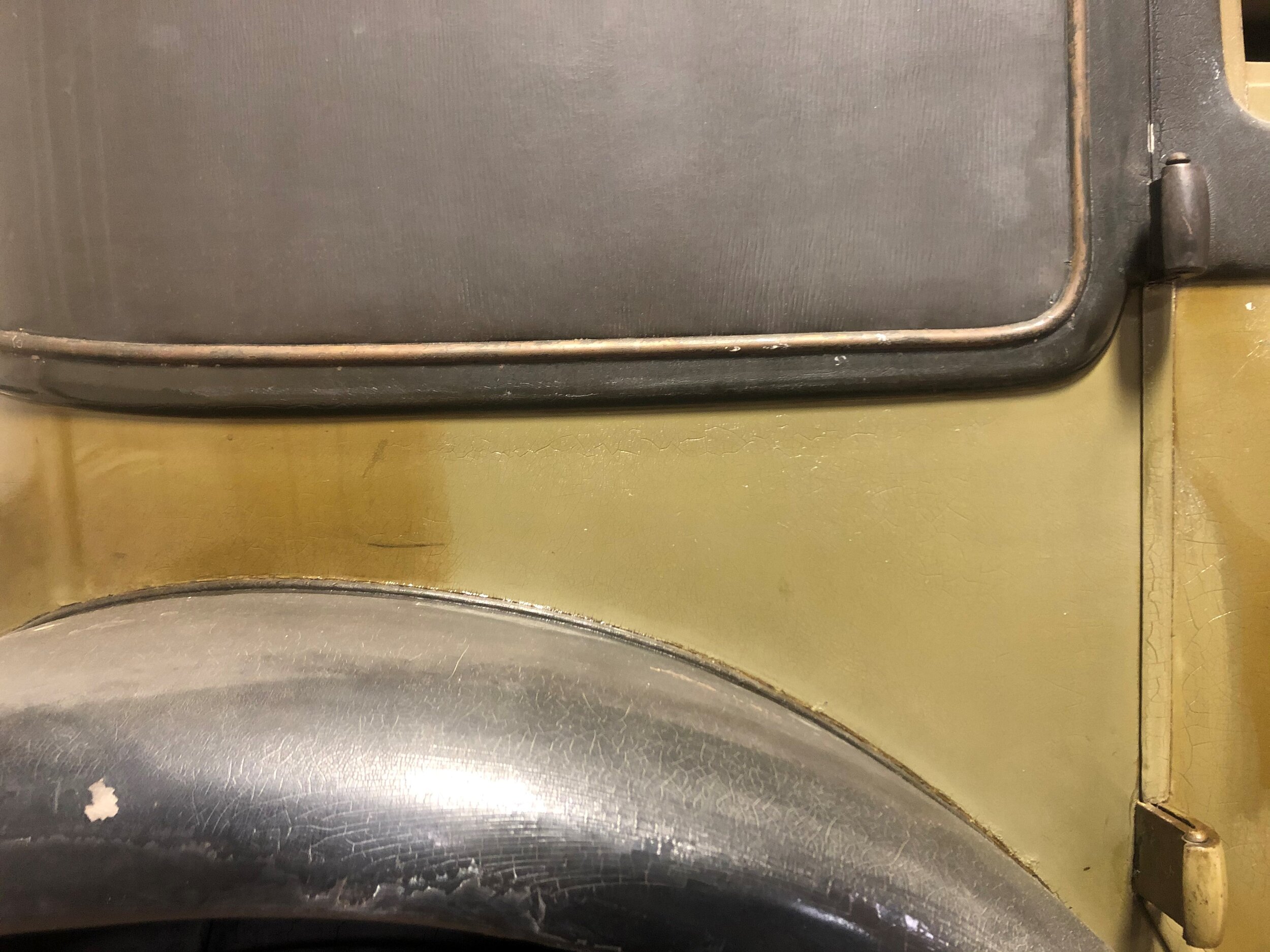 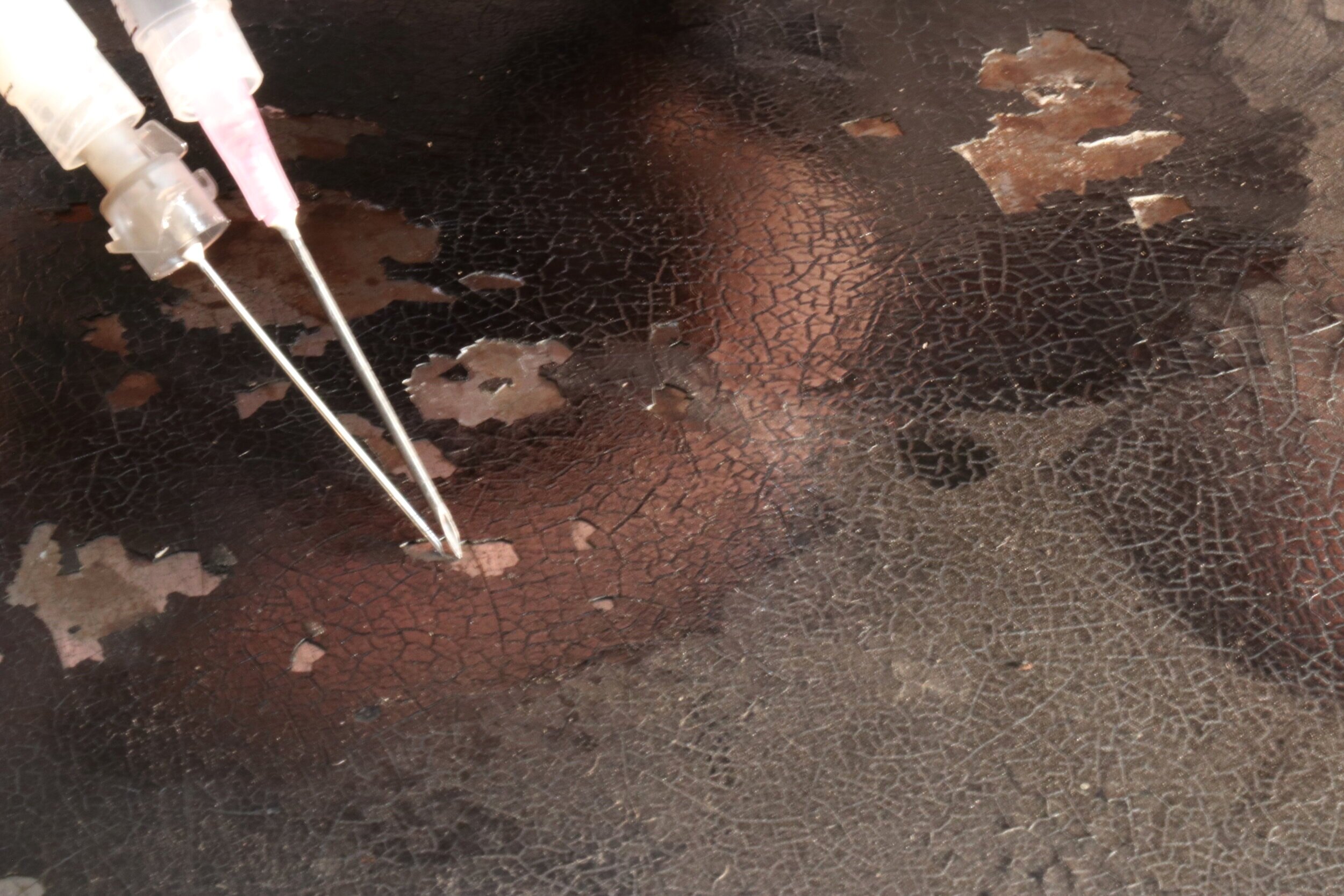 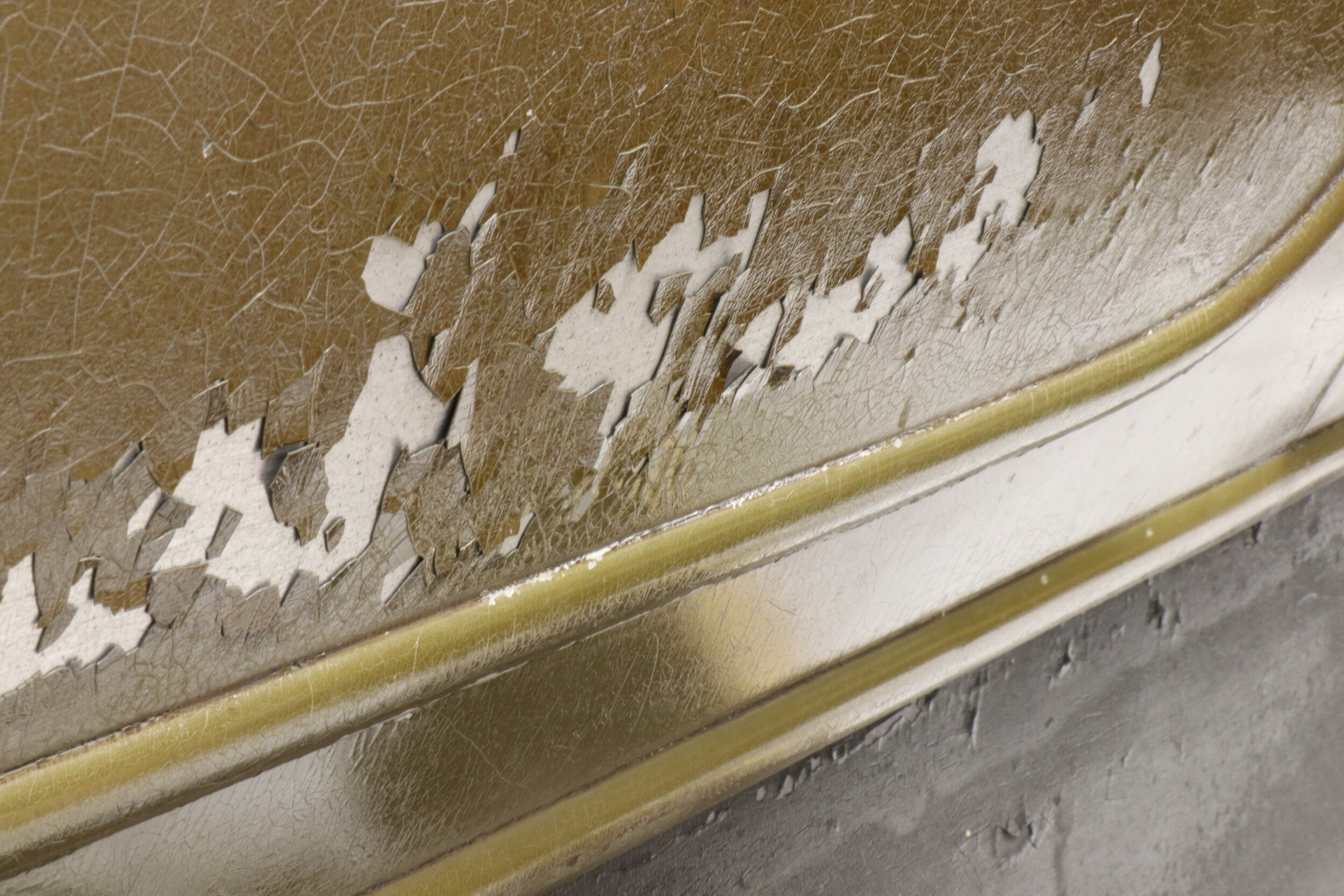 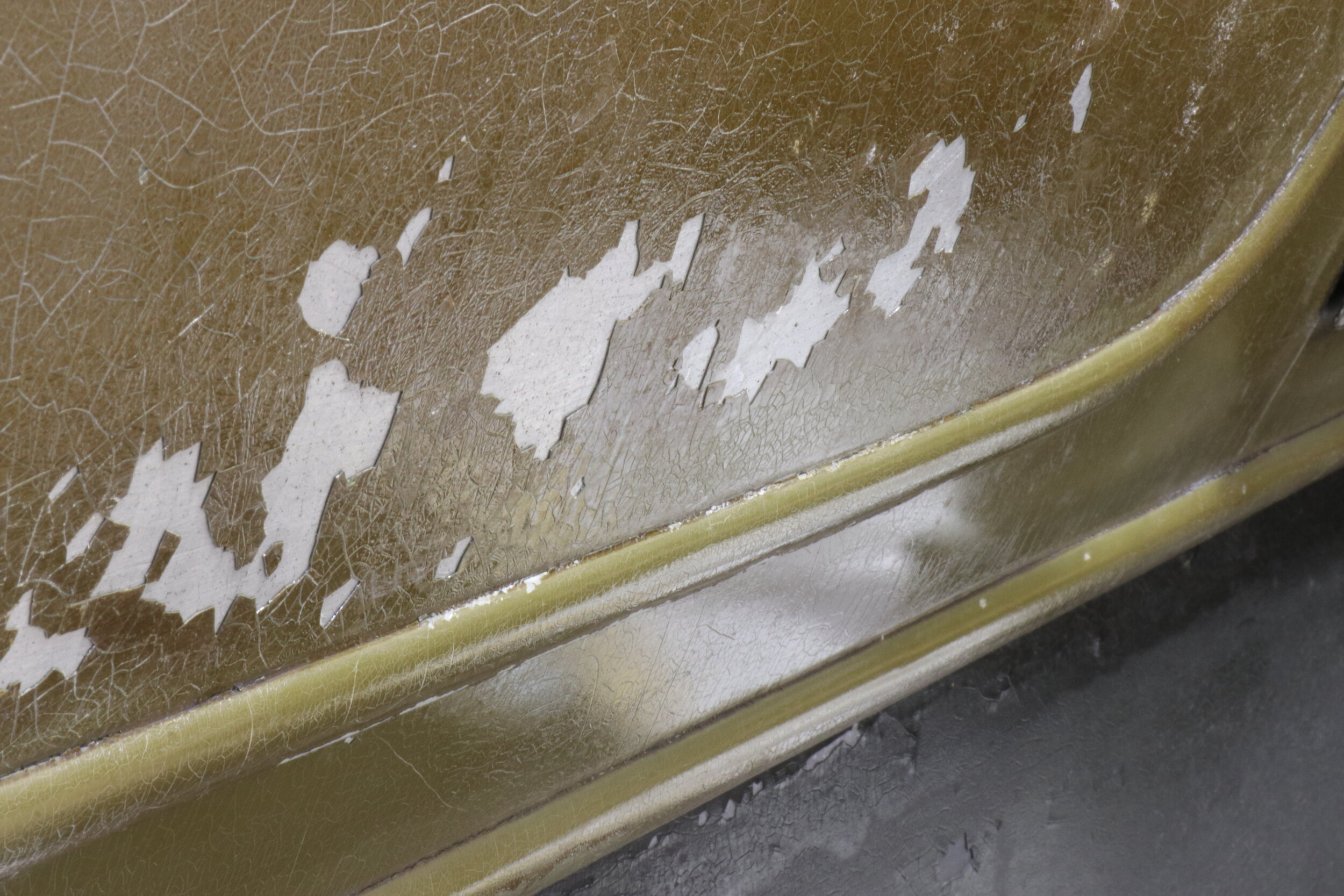 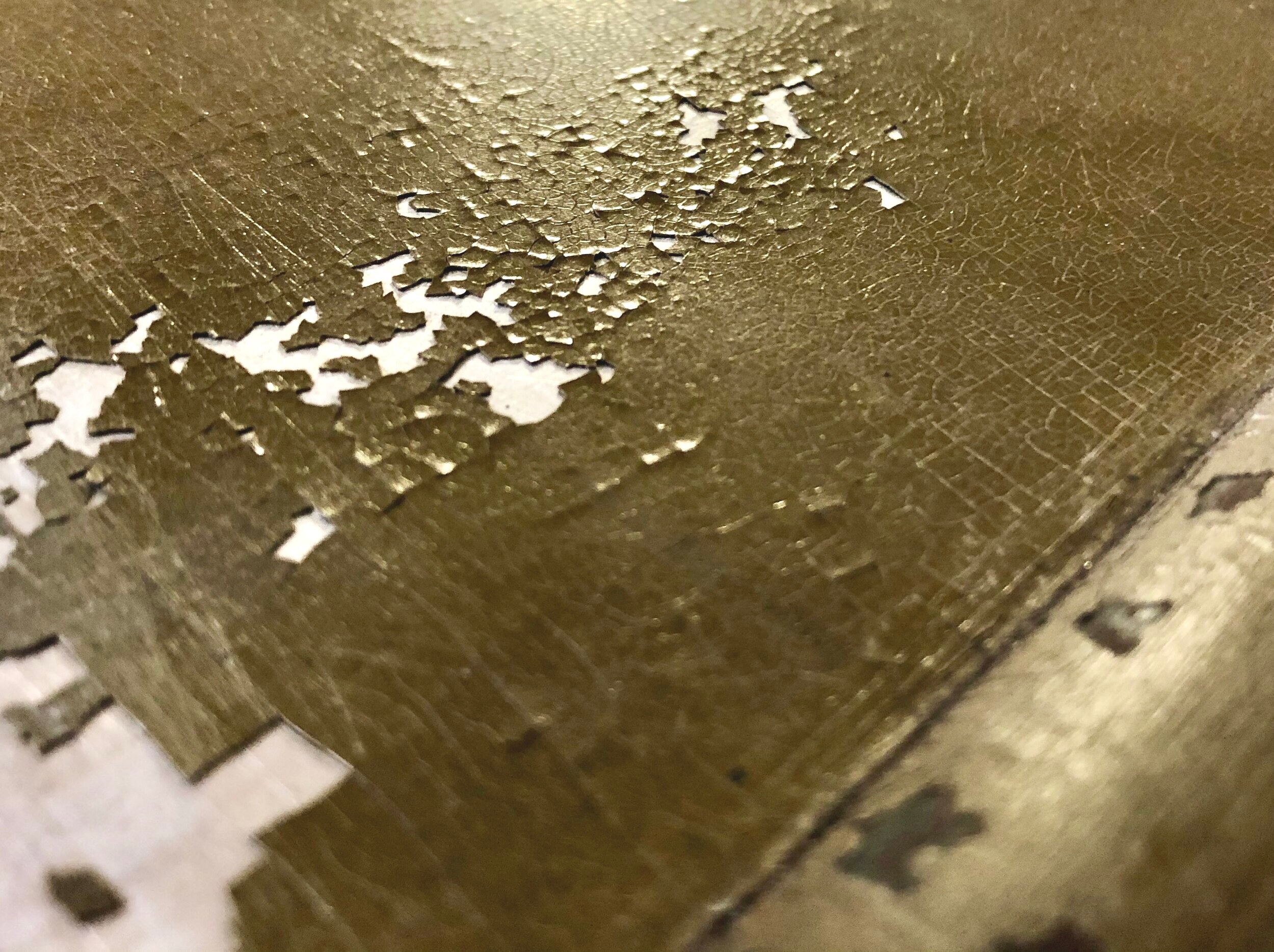 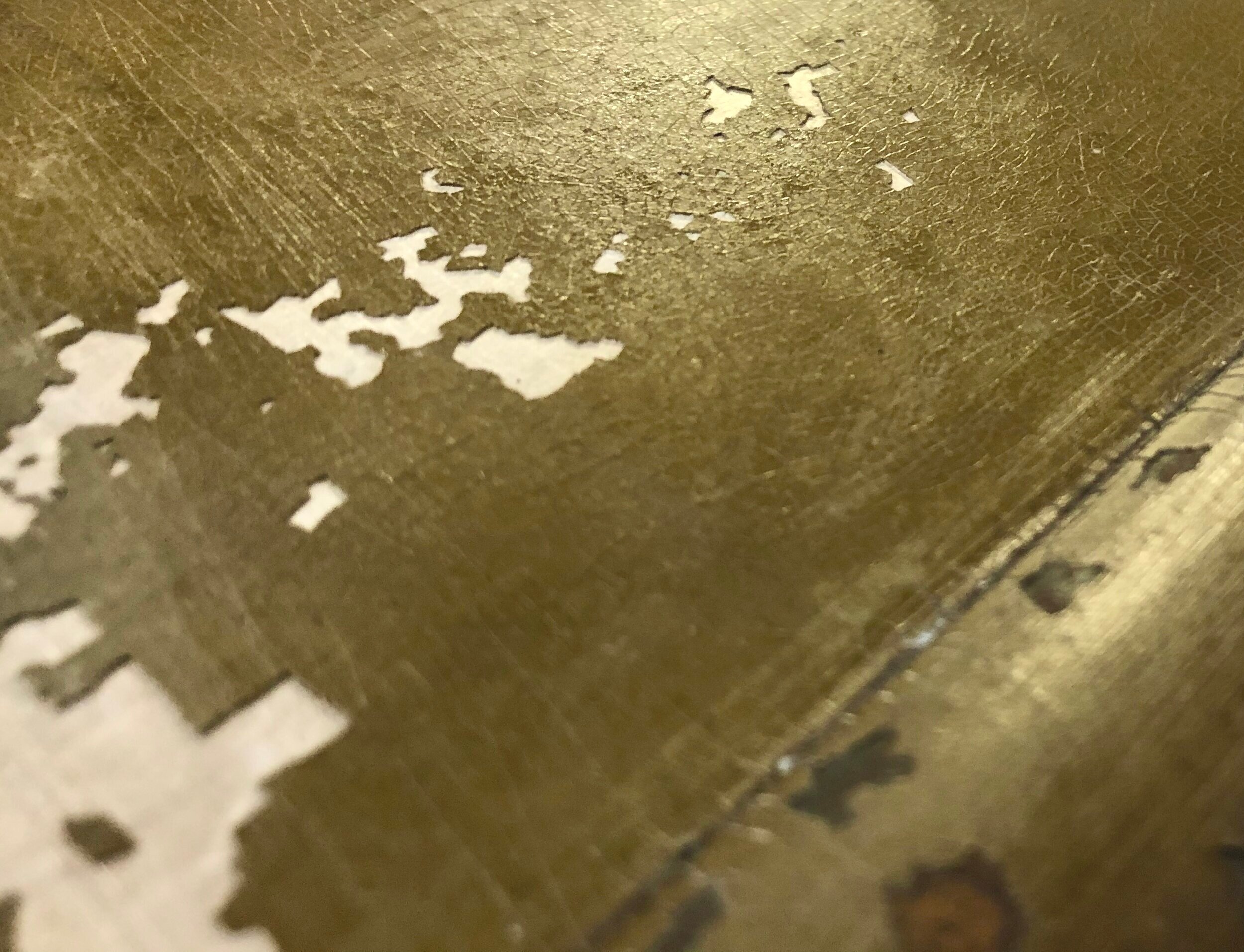 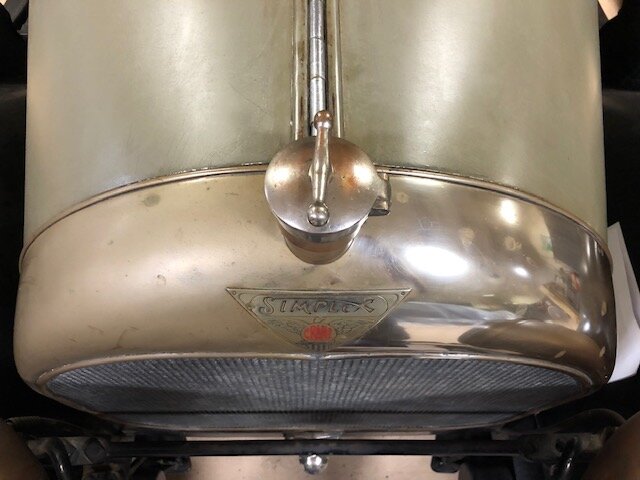 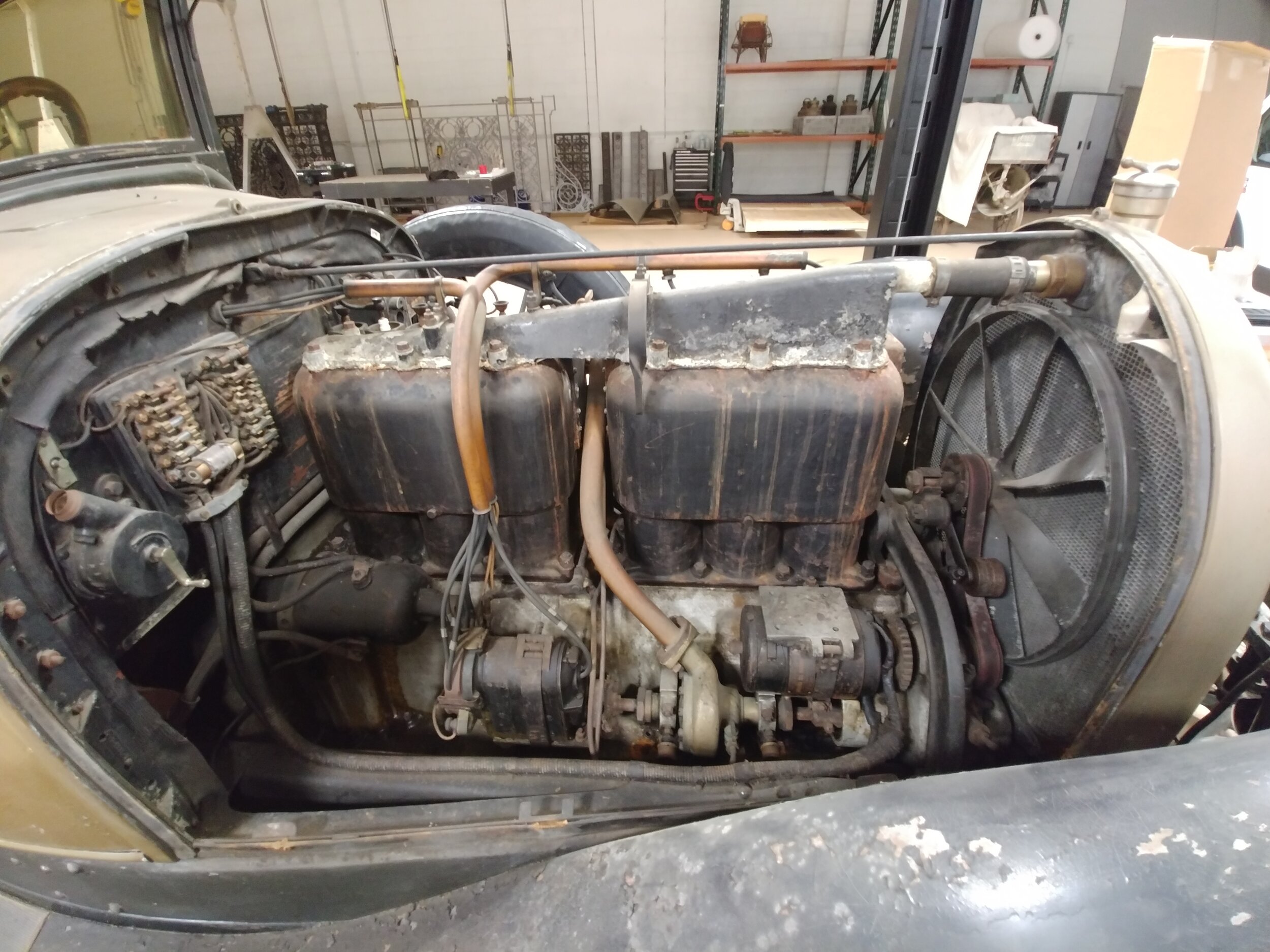 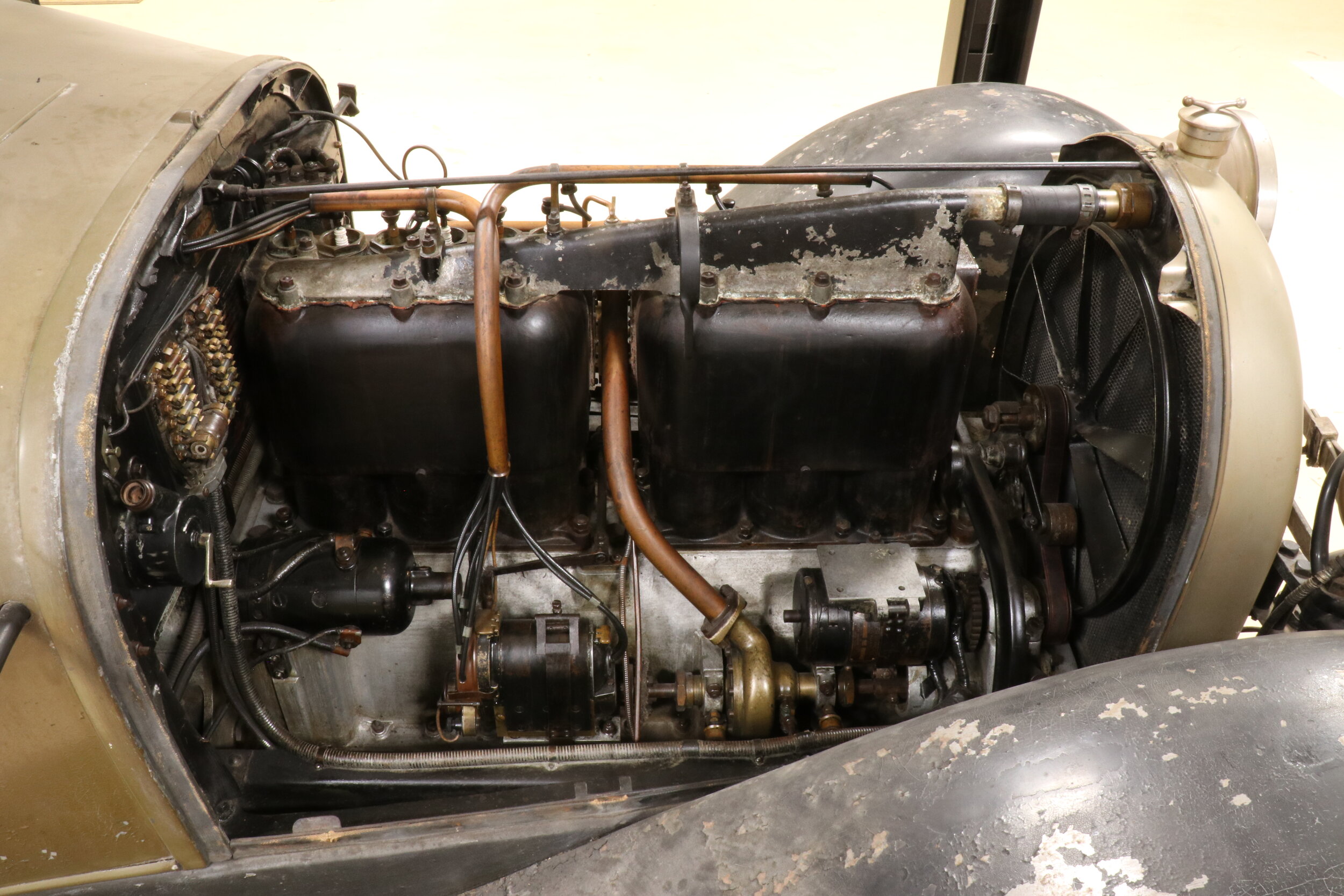 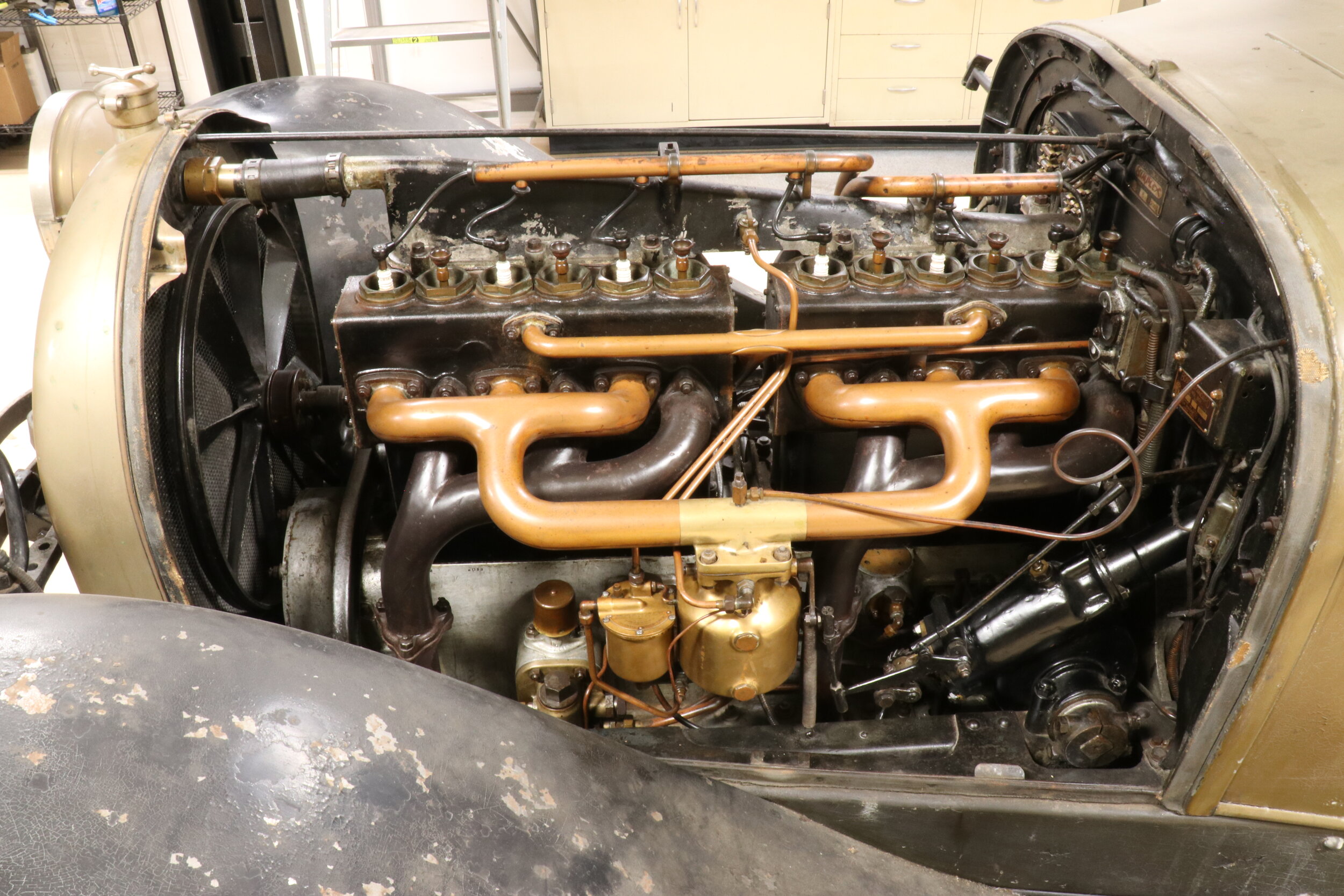 B.R. Howard was contracted by the National Park Service Vanderbilt Mansion National Historic Site to conserve their collection of vehicles. The 1918 Simplex arrived at our studio and was extensively documented and photographed. Paint samples were gathered and sent for microscopic cross sectional analysis. The photomicrographs revealed that the vehicle had previously been repainted and multiple darkened varnish layers were applied.

Localized aqueous based cleaning tests were performed on discrete surfaces of the car and a method was discover that allowed the old varnish layers to be safely removed exposing a greenish yellow colored paint. Areas of lifting and tenting paint were locally consolidated and re-adhered to the substrate. The engine, chassis and components were covered in a heavy accumulation of dirt, grime, and hardened oils. Surfaces were thoroughly cleaned using dry ice blasting, solvents and mechanical methods in areas that were more inaccessible. All active corrosion were mechanically reduced before chemical stabilization coating applications were applied and the decorative metals were polished, degreased, and lacquered.

The interior textiles were cleaned using a rheostat controlled HEPA-vacuum, before small tears were stabilized.